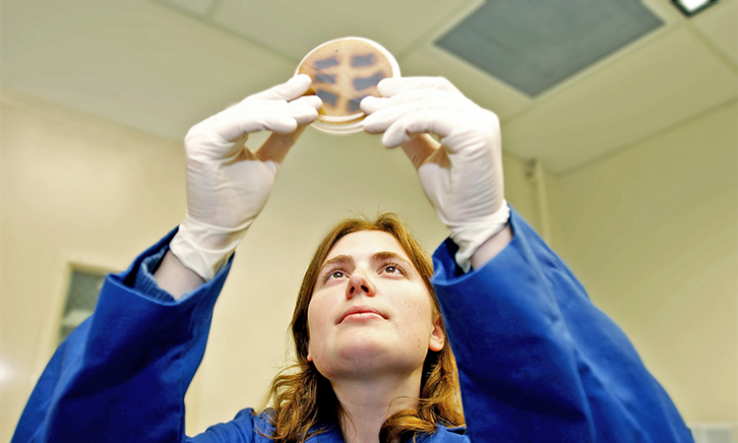 Image: UC Davis College of Engineering [CC BY 2.0], via Flickr

New Harvest is a US non-profit organisation that funds research into cellular agriculture—the in vitro growth of conventional foodstuffs. It awards a maximum of six fellowships a year which are of two kinds: doctoral and postdoctoral.

Both are open to researchers worldwide and have two rounds a year, which close on the 15 April and 15 November. Graduate fellows can win up to $40,000 per year in funding, while postdoctoral fellows are eligible for $55,000. Fellowships are available for between one and three years.

Kate Krueger, research director at New Harvest, says that the funder’s importance stems from the fact that cellular agriculture is an interdisciplinary field that often falls between funders’ remits. While there are plenty of dedicated funders for agricultural or biotechnology research, such bodies tend to neglect this nascent field. “That’s really the gap New Harvest seeks to fill,” she says.

Partly due to a dearth of public and philanthropic funding, much of the current work in the area is done by researchers in private companies. Krueger says inevitable limits on collaboration between rival labs has led to a massive duplication of efforts. “All of these challenges are compounded by the fact that many of them are doing basic research.”

The funder is predominantly supported by two foundations: the Swiss Avina Stiftung, which specialises in sustainable food, and the Shuttleworth Foundation, which funds individuals working in sustainability and human rights. New Harvest has also received funding from about 700 anonymous individual donors.

New Harvest chooses to focus on fellowships to make the most of its limited resources. “We fund the proposal but we also fund the student and the principal investigator behind the proposal,” says Krueger. “We want to make sure that these individuals are both committed to this work and that this is a long-term goal for them.”

New Harvest prides itself on supporting fellows, who take part in weekly virtual lab meetings over the messaging platform Slack. Fellows must also attend an annual or semi-annual conference, for which New Harvest covers their costs.

Current and previous fellows are also brought into the New Harvest Research Network which currently counts 15 members—fellows based in Germany, the UK, Canada and New Zealand in addition to those in the United States. Members use the network to share protocols, troubleshoot experiments and learn about job opportunities.

The New Harvest office also supports fellows in a number of ways such as by walking them through job and grant applications and helping them make the most of their time in the lab. “It’s a really tailored environment, it’s designed for them to succeed.”

The application form for both fellowships is based on that of the US National Science Foundation’s Graduate Research Fellowship Programme.

In accordance with its overall mission, New Harvest likes to see evidence of applicants’ commitment to open science practices, which include publishing in open access but also in communicating their work widely.

“We usually like to see projects that include use of standardised cell lines that are publicly available,” Krueger elaborates. “We also like proposals that get at fundamental underlying questions that are challenges for cellular agriculture, for instance how to make cell growth media components in low-cost systems.”

She adds that New Harvest will also consider proposals looking at cellular agriculture as a field, including studies that seek to determine the potential environmental impact of growing food in a lab.

Most of the proposals New Harvest receives fall into four focus areas: bioreactor design, cell line development, cell growth media development and scaffolding materials that the cells can grow on. “We try to keep a portfolio of research projects funded that address all four of these areas,” she explains.

Fellowship proposals are sent out for external review, generally to the reviewers suggested by the applicant. All applicants are invited to respond to reviewers’ feedback and amend their proposals before a final decision is made, a process Krueger says is “really illuminating” for both applicants and New Harvest staff.

New Harvest staff get “very excited” about fellows seeking co-funding for their projects, Kreuger says, and only forbids this if another funder requires work be published non-open access or if a body other than a university licensing office seeks ownership of intellectual property from the project.

A policy that restricted current and past fellows ability to speak to the media without prior approval has been “largely been gotten rid of” and New Harvest now encourages fellows to talk about their work when possible.