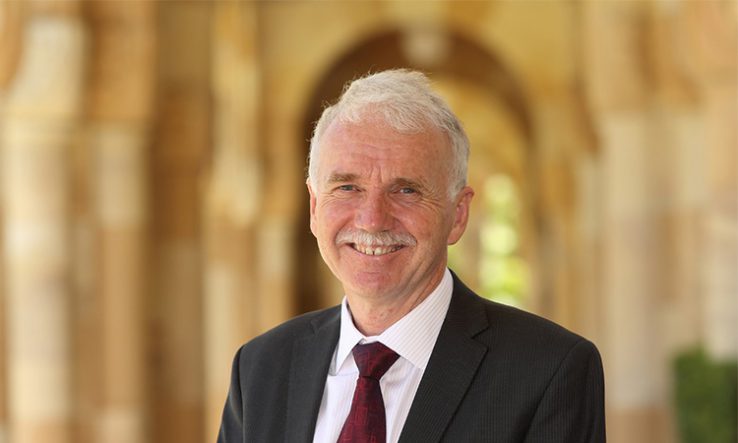 Covid-19 has already delivered a significant blow to Australia’s research capacity, and universities are at the epicentre of this unfolding crisis. Universities Australia has estimated the sector could face a loss of $16 billion in revenue by 2023.

“Unfortunately, the government has been quite clear in this current crisis that universities are exempt from government assistance,” says Aidan Byrne, former head of the Australian Research Council and current provost at the University of Queensland.

Among the early victims are casual teaching staff who are already feeling the brunt of the downturn, according to an analysis published in May by the Rapid Research Information Forum, a mechanism convened by Australia’s Chief Scientist. As the crisis continues to unfold, early-career researchers, recent graduates and women could be disproportionally affected, according to the RRIF report.

But Byrne points out that early-career researchers have been facing a challenging job market before the pandemic hit. He has long been concerned that in the medical research space, for instance, there is a pipeline of too many people coming in.

“What we’ve been telling younger researchers, particularly those wanting to do a PhD, is that they need to think laterally,” he says. “Do not go into a PhD thinking that you are going to be a researcher all your life—go into it with a view to doing something challenging where you can learn a whole variety of new skills and you can be adaptable.”

The challenge to the sector is how to stabilise the system without losing a generation of researchers, Byrne says.

“The shortsighted mistake would be to let the young people go. You could put forward a good argument that it’s those people that are driving our innovation space, and if we lose them it would take a long time to recover,” he says. “To my mind that would be a catastrophe.”

Byrne also notes that early on the University of Queensland protected Indigenous researchers from budgetary cuts and suspects that most other universities will be on the same page. “It’s a really hard problem and it would be really shortsighted if we were to lose the gains we have made in this area,” he says.

The Covid-19 crisis has raised questions about the sustainability of the huge expansion of university research in Australia over recent decades that was built on rapidly growing income from international student fees.

According to the Australian Bureau of Statistics, international student fees reached $11.2 billion in 2018, a tripling over the space of a decade, mostly driven by students from China. With the borders closed this gravy train has suddenly come to a halt.

But the problem isn’t the Covid-19 crisis itself anymore, Byrne says. His concern is that two compounding challenges could now dry up the international student market on two fronts in the longer term. One relates to a deteriorating geopolitical environment, with Australia getting caught in rising tensions between the United States and China. The other stems from globally worsening economic conditions dampening the international student market.

“It’s a double whammy,” says Byrne, warning that ‘Australia has to be very careful in how closely it aligns itself in the future.’

Help from state governments, such as a $350 million Victorian Higher Education State Investment Fund announced in May, will provide some local temporary pain relief. However Byrne fears the sector as a whole is bound for trouble.

“There is the perception out there that universities have the capacity to buffer this particular circumstance of Covid-19,” he says. “But we can’t buffer and sustain the research enterprise in Australia at the rate and intensity that we have in the past in the absence of international student ”

“That’s the failure,” he says. “That’s the crisis that is looming for us.”

In addition, Byrne points out that universities are increasingly expected to pay for capital developments themselves: “In the past we would have gone to government…but government has stopped investing in this basic university infrastructure.”

While Byrne is confident that many large research-intensive universities will be able to bridge the current crisis to some extent, he warns their capacity to fund capital infrastructure projects further down the road will be greatly diminished.

Other than government and the international student market there are few alternative sources of research funding that universities can turn to. Byrne says the philanthropy space is too limited to pick up the slack, and in the private sector there are too few businesses at a scale that universities could partner with.

The government’s major programmes already in place to support indirect costs are research block grants, which are split into two separate segments: the Research Training Program and the Research Support Program. Together they provide $2 billion to the sector each year. There has been some adjustments to the programmes to help universities through the Covid-19 crisis, with the current transitional arrangements extended out to 31 December 2021.

But Byrne says “the question we have to address is whether universities, as funded now, can sustainably support the current level of researchers in the system. The answer is no, not without changes.”

The higher education sector is waiting for some indication from government about how they will support the future of university research in Australia. Recent changes to how student fees are structured provide few answers, Byrne says, focusing predominantly on a rebalancing the costs of university education.

“There is no clear information yet on how the government proposes to support the research enterprise.”