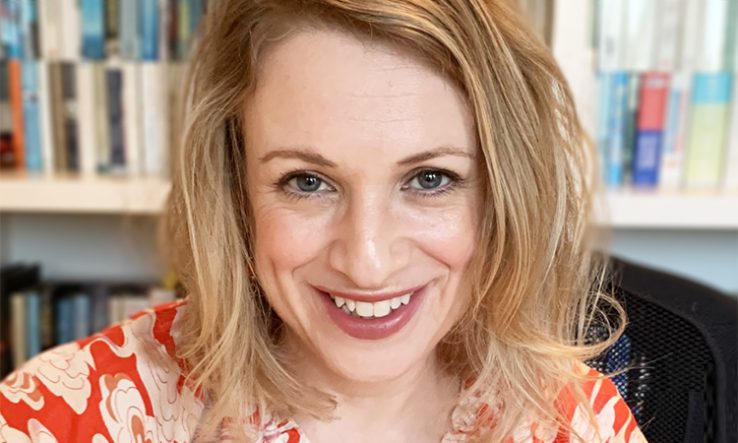 The coronavirus rapid-response scheme may be an exceptional call, but standard grantsmanship still applies

Opened on 31 March, UK Research and Innovation’s multidisciplinary call for ideas to address the coronavirus pandemic had awarded 87 grants (from 1,410 applications) by 10 June.

Abigail Marks is associate dean of business engagement and a professor of work and employment at the University of Stirling. With her team, she won a UKRI grant of nearly £300,000 to study the impact of homeworking in the UK.

UKRI’s open call for Covid-19 research remains open to applications for projects of between 12 and 18 months, with no deadline in place.

What do you hope to learn from this project?

We’re trying to find out how people are coping with home-based working—how they’re balancing care and domestic responsibilities. We’re also looking at differences in terms of gender and socioeconomic differences. There are questions relating to how working from home is impacting people’s lives overall, including productivity, wellbeing and also whether people are tempted to work from home in the future.

How will the project work?

Our project consists of two main parts. One is a survey, which we’ve already done. We got between 1,000 and 2,000 responses on questions about how much living space people have available, who they’re sharing with, whether people are homeschooling, how much support they have from their employers and so on. There’s also a general health questionnaire.

And the second part?

We’re starting by interviewing 60 people every three months to see how homeworking arrangements, and how people manage, change over time. We’ll do detailed interviews with a cross-section of people in different jobs and socioeconomic circumstances over the next year or so.

Did you tailor your project to the call or was your idea inspired by it?

It was a mix of those two. There had been an earlier call from the Scottish Chief Scientist Office for projects looking at Covid-19 impacts. We began shaping the idea in response to that call, but in the end we didn’t submit to that since we saw the UKRI call and felt it was better suited.

Did having that extra time help you?

Yes. We had a lot of the project figured out before the call came out, which is why we were able to apply for funding quite quickly. While we hadn’t written out the proposal, we already had the idea, so that was actually quite a significant step and allowed us to hit the ground running.

When did you send in your application?

It was really early on—probably within two weeks of the call coming out. We tried to turn it in even earlier, but they changed the application form overnight so we had to make a few changes to our application.

Had you done anything similar in the past?

I’d never done a fast response call before. It was stressful but I actually found it really refreshing. Often it takes up to a year to get funding approved, in which case things have often changed in the situation you’re studying, whereas we had a rapid decision and we were able to start on the project right away. There were a number of people we wanted to interview, so we felt time was of the essence for us to collect data.

How was the application process streamlined?

Obviously there’s less detail in terms of producing the initial application. Two weeks after we applied, our project was recommended for funding. We then needed to do a list of things such as fill out more comprehensive justification for the resources section. Our budget had to be more specific. This was actually the most stressful part.

How will the grant money be used?

It covers two days a week for each of us for the first two months and one day a week after that for the next 12 months. We were also able to hire a research assistant for a year and pay for the transcription costs of interviews. There’s also a budget for incentives for participants in the interviews—anybody getting interviewed gets £30 of supermarket vouchers for each interview. We thought it only fair to somehow compensate people for their time. The remainder of the grant will be used on developing our website and possibly some dissemination costs.

Was the application written as a team?

Yes, we did it very much as a team. Initially it was my idea and I contacted others who worked in the same department. We allocated sections to different people. Most of it was distributed between all of us for comments. In general, it was a lot shorter than a typical application, so we worked hard to make sure we were able to present our project in sufficient detail within the constraints of the application—there was a lot of chopping.

Did you bring the impact potential to the fore in your application?

Yes, the focus is very much on getting out our findings as soon as possible so they can have an impact. We’ll be holding a monthly webinar, doing dedicated sessions for organisations on our findings and more policy-oriented ones to bring them to the Scottish parliament. I’ve been in touch with someone in local government. We’re trying to make sure that our website is accessible to everyone. I’ve also been in touch with the Scottish Trades Union Congress and am producing a 10-minute lecture for the University of Stirling.

Did you also move quickly on starting research?

The project officially started on 16 May but we started collecting data a week before that. We had to refine the interview schedule as we were doing it. There was also the novelty of using methods we haven’t used before. Typically we do interviews face to face, but because of lockdown we were using videoconferencing platforms.

How has the project gone so far?

We’re living the project in a way, since we’re all working from home. It’s been intense—we’re working far more than for a usual research allocation and we have long hours because all three of us have small kids. It’s been exhausting. It’s also been quite different interviewing people, since you’re in the same situation. They can see you’re at home as well, so it’s a two-way dialogue where they ask how you’ve found it.

What did you learn from this bid that you’d like to pass on?

Our focus was on making sure there was something that was relevant and useful in our project—not just in terms of developing theory but also in delivering advice to organisations and government. Additionally, we were keen to give value for money. We kept the budgeting fairly reasonable—we didn’t add anything on that wasn’t absolutely essential. We were advised to keep it under £300,000, which we did. Another thing that really helped is the fact that the three of us work very well as a team. This is particularly important for this kind of rapid-response call. You have to be able to work together effectively. And finally, just like any other call, we looked carefully through what the research council wanted and made sure we delivered on that.