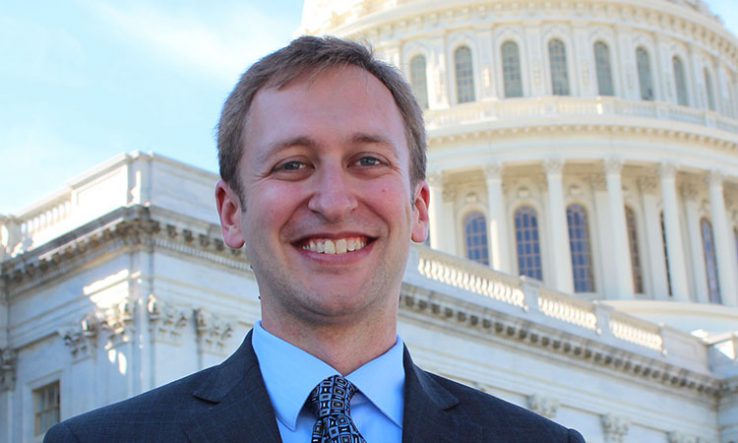 US universities lean on NIH awards for hiring faculty, but recent events could upend policies

During the Covid-19 pandemic, over 300 US research institutions have frozen faculty hiring for 2020 and possibly into 2021. Biomedical postdoctoral scholars ready for the next step in their career will move into a holding pattern, putting an incredible strain on an already stressed job market. And when hiring freezes are lifted, universities will be overwhelmed with well-qualified postdocs seeking faculty positions.

Most universities have not indicated the pandemic is causing them to make significant changes in their hiring policies beyond temporary freezes on new hires, which makes it possible to predict how universities will hire new faculty based on what they valued in candidates prior to the pandemic. So what might it take for postdocs to stand out once hiring freezes are lifted?

When writing a faculty application, one surefire way to catch the attention of a hiring committee is prior receipt of grant awards from the National Institutes of Health. The NIH makes several awards specifically to postdocs, including the F32 National Research Service Award; the K01 Mentored Research Scientist Career Development Award; and the K99 Pathway to Independence Award. F32 awards are typically made to postdocs in the first or second year of their postdoc period, while K01 and K99 awards are made closer to the end.

By analysing when biomedical faculty members in the US received their first NIH research award for principal investigators, known as an R01, it is possible to project backwards in time and determine how many of these faculty received an NIH grant during their postdoc period.

Crunching the numbers, I found that between 2000 and 2017, nearly 50 per cent of first-time R01 awardees had received an NIH grant as a postdoc. When you consider that only about 3 per cent of postdocs in the US receive an NIH award, it is clear that those who do are vastly overrepresented in the faculty pool.

However, the F32, K01 and K99 do not each have the same positive effects on progression to faculty positions and attaining an R01. Postdocs with an F32 award have about a 5 per cent better chance of receiving an R01 than those without one. With K awards, that advantage jumps to nearly 25 per cent.

Postdocs with K awards also tended to land positions in the larger research institutions that hire more faculty, whereas new faculty members with a prior F32 award were evenly distributed across academic institutions, regardless of their size. Breaking the analysis down further and differentiating between internal and external hires, external candidates holding F32 and K01 awards tend to get snapped up by smaller institutions.

The data up until 2017 thus clearly suggest that postdocs with prior NIH grants get a head start in the competition to win faculty positions, with K awards conferring the biggest advantage.

It would be reasonable to assume that, unless universities explicitly change their policies, the same patterns will play out in the faculty job market post-Covid-19. But two recent events could have an impact on what institutions look for in faculty applicants.

First, the killing of George Floyd in Minneapolis set off weeks of protests against police brutality, and a nationwide reckoning with oppressive systems in the US. Universities responded with statements of solidarity with the black community and pledges to do more to diversify their institutions.

This is an achievable goal. There is a sizable pool of qualified minority applicants, proven strategies for integrating minoritised populations, and programmes from the NIH and the Howard Hughes Medical Institute that could identify promising minoritised faculty candidates.

It is not clear if universities will back up their solidarity statements with action, but if they do, it is possible that universities will be hiring more postdocs without prior NIH awards. This is because studies have shown the NIH grant system is systemically biased against black researchers, meaning many black postdocs may not have NIH awards despite doing high-quality science. Even those that do have NIH awards have not been hired at rates similar to well-represented applicants.

The second event was the Trump administration’s issuance of an executive order banning some students and postdocs from China. US research is a global effort, relying on the work of thousands of foreign researchers on university campuses each year. A shortage of trainees, even temporarily, could ripple through the university research system and reduce the number of foreign postdocs able to apply for faculty positions. This could also lead to more positions being available for those without prior grant awards.

While the future is always uncertain, patterns from the recent past give some indication of what university hiring might look like after Covid-19. But these predictions are based on universities using outdated methods of evaluation and relying on funding agencies to identify quality faculty candidates.

The pandemic may provide an impetus for universities to institute new policies that favour hiring candidates based on the entirety of their contributions to the research environment. We can only hope that recent events may push universities to make some positive, and long overdue, changes to their professoriate.