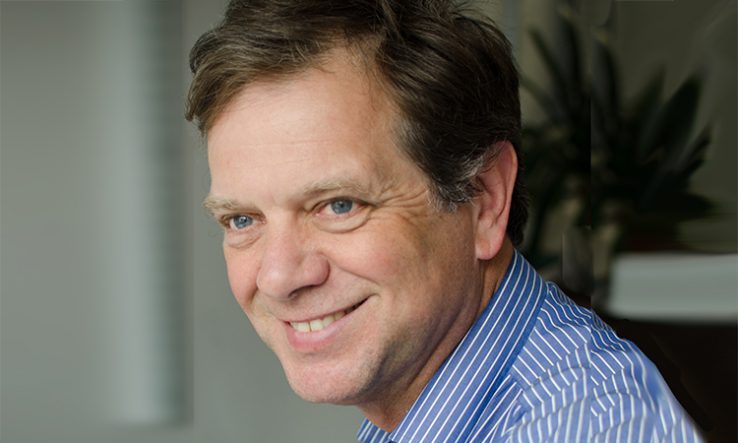 As a leading food systems researcher, John Ingram already had a lot on his plate before taking up a travel fellowship with the Organisation for Economic Co-operation and Development’s Co-operative Research Programme. Ingram says that keeping up with his regular academic duties on top of his fellowship at the University of Queensland in Brisbane, Australia meant he basically had a double job for four months.

Even so, the fellowship provided, he says, “a chance to get away as much as I could, time to think a bit more and talk to other people”.

Ingram, who leads a food research programme at the University of Oxford in the UK, won an OECD CRP fellowship in 2019. The programme offers researchers with four or more years of postdoctoral experience funding for up to six months with a host institution.

The annual calls are open to 26 countries and researcher must apply to host institutions in a country other than their own. Applications for the 2021 call, offering a weekly subsistence of €600-650 plus travel costs, are due by 10 September.

The programme is focused squarely on agriculture and Ingram says he knew he would have to demonstrate how his expertise in the related, but distinct, field of food systems would fit the programme’s themes. His project compared the resilience of food systems in the UK and Australia to different stresses, from extreme weather to geopolitics.

“I had to argue the case that I would be looking at the whole food system and the relevance of agriculture within it,” he recalls, adding that it was important to highlight the interdisciplinary nature of food systems thinking.

The OECD CRP says it particularly welcomes applications relevant to the OECD’s international policy work in agriculture, and there is a strong emphasis on producing results that can inform decision-making. “When writing the proposal you have to be clear about the relevance of the work to knowledge, but also to policy formulation,” Ingram says.

He points out that when putting in his bid it helped that food system resilience was getting higher on the policy agenda, and that Australia provides a particularly interesting case due to its weather extremes. While Ingram was in Brisbane the country was suffering its most severe drought on record.

He also drew on his experience in charge of a £15 million ($19.5m) government programme on resilience in the UK food system. “I was able to take some very well-crafted questions to Australia because we had gone through the process of formulating the programme in the UK,” he says, “so I felt I was able to take some learning there, but my goodness I’ve brought back a lot of learning as well”.

“The great advantage of the fellowship is that it allowed me to compare and contrast not only our research approach but our research and policy in practice, such as how the food industry deals, in addition to agriculture, deals with resilience,” he explains.

As a senior researcher who regularly reviews grant applications, Ingram knew the importance of aligning bids with the priorities of the funder. He says that all too often, researchers try to interpret calls to suit what they want to do, rather than what the call is asking for. “When writing a proposal one needs to see things from the viewpoint of the funder and understand what they want,” he says. “It’s just basic grantsmanship.”

He made a point of contacting the scientific advisory board before submitting his application to make sure he was on the right track. “I just wrote to them and said this is the plan,” he explains, “and I got an encouragement to submit a proposal.” To top it off, Ingram offered to go to Paris and offer a seminar on his work, an offer which was enthusiastically accepted.

But Ingram reckons it was ultimately his relationship with his Australian host—and the insights he gained from it—that swung the decision in his favour. Ingram had worked with Bill Bellotti, who had previously led a similar research programme at the University of Queensland, for some years before the fellowship. Bellotti had himself won an OECD CRP travel fellowship around a decade earlier and he helped tweak a few points in Ingram’s application.

Ingram had been on an international review team with the University of Queensland, which gave him valuable insights on how they could work together. “I was in a position to write a strong bid because I could argue it from both sides rather than just me wanting to go there,” he says, adding that the Australian institution provided a “powerful letter of support”.

Of course, not all researchers will necessarily have such a strong relationship with a host institution to rely on, but Ingram notes that the same fundamentals apply to researchers in every situation. He advises any applicant to “see how the relevance of the fellowship will help the individual, and will help both the host and the home institution.”

According to Ingram, the fellowship programme is little known by researchers in his field, with few of his colleagues having heard of it when he applied. The fellowship came at a period in his career where Ingram was consolidating his thinking as a senior researcher, and since then he has become something of an ambassador for the programme. “Depending on where you are in your career it can be a watershed moment,” he says.