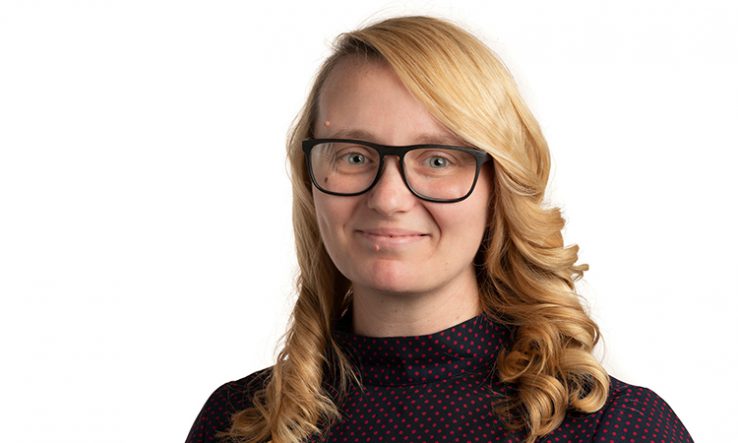 With ‘unprecedented’ being a byword for 2020 you could be forgiven for thinking something with precedent would be welcome. But, for many Australian biomedical researchers gearing up for grant writing season, more of the same would spell disappointment when it comes to funding prospects at the National Health and Medical Research Council.

The first winners of the NHMRC’s revamped fellowships, known as Investigator Grants, were hotly anticipated in 2019. The overhaul of NHMRC funding brought with it a promise of supporting emerging researchers from diverse backgrounds and disciplines—a desperately needed refresh for one of the major sources of salary support for Australian researchers.

Despite this, the outcomes of the inaugural round saw low success rates, worsening gender bias and funding skewed towards senior levels. Twelve months on and the 2020 Investigator Grants have now been awarded. So, what did a 2020 awardee look like, and has the Investigator Grants scheme now delivered on its promise?

But there is a concerning trend at the Emerging Leadership 2 tier, where the success rate was 12 per cent for men compared with just 8 per cent for women. This funding tier coincides with the mid-career squeeze point, where a large proportion of women are lost from STEMM disciplines—science, technology, engineering, mathematics and medicine—and persistent gender disparities undoubtedly contribute to the NHMRC receiving fewer female applicants at senior levels. Indeed, at the most senior funding level, only 19 applications were received from women compared with 73 from men.

Addressing inequities has proven to be a slow process and the disproportionately gendered impacts of the pandemic, borne out through increased domestic responsibilities and decreased productivity, place hard-fought gains in jeopardy. However, simple strategies such as a commitment to an equal-or-better success rate would be a step in the right direction that could assist with mitigating these impacts in the 2021 grant season. 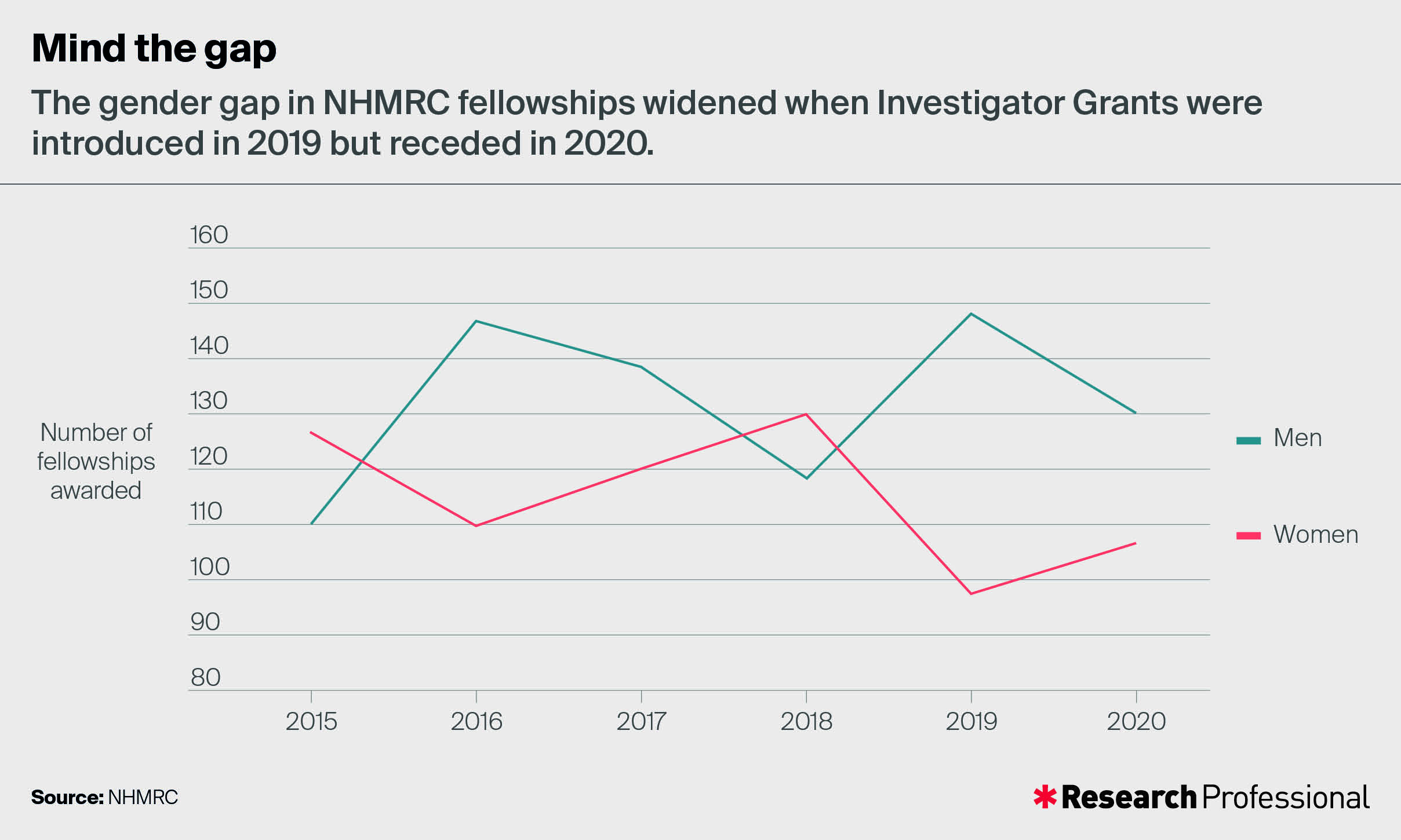 The NHMRC data also suggest that success for women comes on average four years later at the Emerging Leader 2 level than their male counterparts, despite no disparity at the level below. While there may be various reasons women choose to apply later, this corresponds with a continuing trends for Investigator Grants to favour more senior researchers.

Increasingly, more experienced academics are finding success in the Emerging Leadership categories, with over 60 per cent of awards at Emerging Leadership 2 level going to academics who are either associate or full professors. Similar trends are reflected in the track record of awardees, where the median number of publications in the five years pre-award is now 30, effectively doubling since 2015. This has prompted some to wonder, at what stage does one surpass being considered an ’emerging’ leader?

Perhaps the most revealing observation from the 2020 round lies in the broad research themes that were awarded. It seems Australia’s transition towards prioritising ‘clinical medicine and science’ is complete as the category outperforms ‘basic science’ for the first time, with 42 per cent and 30 per cent of awards, respectively. This likely stems from an increasing political focus on research impact, which permeates all aspects of the Investigator Grants scheme and favours researchers whose work has immediately tangible public benefit.

The importance of clinical research during a global pandemic can hardly be disputed. However, it is essential that translational breakthroughs are underpinned by solid fundamental knowledge. As the health minister Greg Hunt said, Australia has a “golden opportunity” to become a global leader in medical research following Covid-19, but for this to happen, contributions from both fundamental and translational research will be crucial. 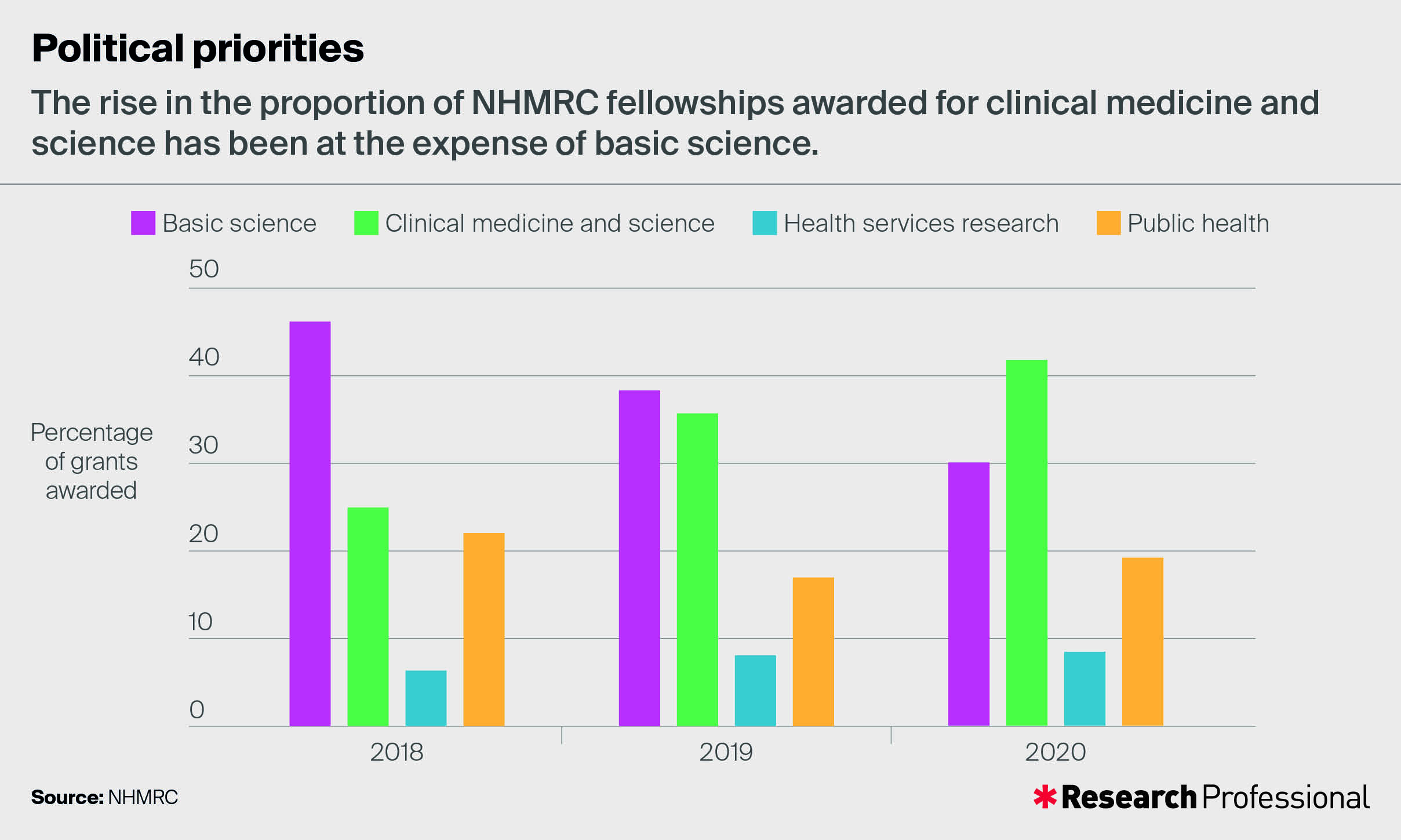 Overall, the 2020 outcomes felt a little like deja vu. Despite the NHMRC’s commitment to provide opportunities for talented researchers at all career stages, with different career trajectories and in different research settings, it seems the 2020 round did not deliver substantial improvements in support for emerging researchers who are most likely to bear the brunt of productivity losses as a result of Covid-19.

Investigator Grants fund outstanding researchers from a limited pool of resources, but the reality is that success rates so low – just over 13 per cent in 2019 and 2020 – are unsustainable for long-term retention of Australian-trained scientists. This is unlikely to change without a substantial injection of additional funding from government. As the 2021 application season approaches, with stakes potentially higher this year than ever before, many researchers will once again be preparing an NHMRC application. Unfortunately, it seems the odds are not in their favour.

Research Professional News approached NHMRC for a response and a spokesperson said:

"The implementation of NHMRC’s new grant programme, including Investigator Grants, is in its early stages. It is difficult to definitively determine trends based on two rounds.

"[The] reduction in female applicants at the senior levels reflects broader sector trends and is a significant concern for NHMRC. NHMRC has identified research led by women as an area of need and, for 2020 as in 2019, has funded additional applications led by female investigators using structural priority funding.

"Application numbers and funded rates by gender, within Investigator Grants and across NHMRC’s grant program, will continue to be closely monitored in the next round and advice sought as required from NHMRC’s Women in Health Science Committee on strategies to foster gender equality."

The spokesperson also highlighted that, overall, NHMRC funding has increased dramatically over the last 20 years, but that "rapid growth in grant application numbers and rising costs of research have led to funding rates for NHMRC’s major grant schemes falling. NHMRC has implemented application and grant capping rules across our grant program in order to help address these issues. However, we anticipate it will take several years of transition before these rules achieve their objectives."