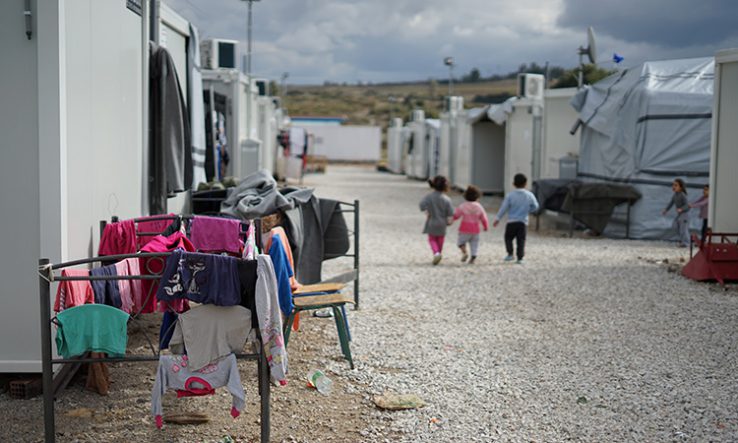 One of the ways the IDRC builds capacity is by funding research-chair positions at global south universities, and the funder currently has an open call for proposals to establish research chairs working on issues of forced displacement in the Middle East and East Arica.

“What we aim to do is not only fund local research and work with local researchers in the global south, we also want their voices to be heard in national, regional and global arenas,” explains Roula El-Rifai, a senior programme specialist at the IDRC. “We want to really localise and have them drive the research agenda.”

Each chair will be funded with CA$600,000 ($492,000) for up to five years, but the IDRC is looking for proposals from institutions that would look to maintain the position further into the future.

“We are paying close attention to the sustainability of the research-chair positions beyond the initial funding period,” says IDRC programme officer Emma Sanchez-Swaren. She adds that the funder will look for concrete ways in which institutions would secure the long-term future of the positions.

The call is open to 14 countries—Kenya, Tanzania, Uganda, Rwanda, Burundi, Djibouti, Eritrea, Ethiopia, Sudan, Egypt, Lebanon, Jordan, Iraq and Palestine—and two research chairs will be funded in Africa and two in the Middle East. The deadline for proposals is 3 August.

El-Rifai says the IDRC is expecting between 40 and 50 applications, and that it would like to expand the programme to other regions using the current call as a starting point.

With 85 per cent of research on forced displacement taking place in the global north and more than 85 per cent of refugees actually residing in the global south, El-Rifai says that the research chairs represent one element of a longer-term strategy. “This is not where we’re going to stop—this is something that we’re going to continue doing,” she says.

The funding is designed to cover the salary of the research chair—who must be recruited from the global south once the funding has been awarded—as well as research expenses and overhead costs. The IDRC expects 20 to 30 per cent of cash or in-kind contributions from the university putting in the application.

A critical, deciding factor in awarding the research chairs will be that universities have existing expertise on refugee issues.

“One element of that is being able to point to existing research, expertise or teaching in the area of forced displacement,” says Sanchez-Swaren, adding that this could be spread across different departments rather than focused in a specialised school. “We’re open to those kinds of proposals, and for the institutions applying to make those connections.”

“Forced displacement is multidisciplinary in its own right,” observes El-Rifai, pointing out that a problem such as school dropout rates among refugees requires a broader perspective than just looking at the education sector, taking in sociology, economics and other fields. “What we’re trying to do is to consolidate it into an intentional focus on forced displacement,” she says.

Another critical aspect, and one that represents the IDRC’s approach to funding in general, is that the research agenda itself should be locally driven, so there is no predetermined programme of work that the IDRC is looking for the research-chair positions to deliver.

In this vein, the IDRC says it is looking for institutions that have a strong track record in community and policy outreach. In reality, this could mean connections to community-based organisations, to relevant government ministries or to groups working on specific refugee-related issues, Sanchez-Swaren explains, adding that identifying where such connections already existed and could be leveraged would add value to applications.

El-Rifai says that as well as looking for research positions that bring in voices from refugee and host communities, the IDRC is looking for “the potential to connect these voices, academia and community to a policy process” in a way that emphasises a strong approach to gender, diversity and inclusion. “These sound like catchphrases, but they’re not—we really mean them,” El-Rifai stresses.

The research chairs will be expected to develop a programme that mentors early career scholars in forced displacement studies. Sanchez-Swaren emphasises that the mentoring of young researchers is a key pillar of the work of the research chairs, which should also contribute to embedding research capacity over the long term.

El-Rifai says that applicants should demonstrate the capacity for developing a curriculum that allows for studying refugee issues, and that there should be “a good sense of how they intend to reach out beyond the traditional university work”, as well as how young scholars would contribute to developing the field.

Universities that do not have a pre-existing focus on forced displacement will have to work hard on this element, she acknowledges: “To bring in sociology and political science and economics to work together, and to come up with a curriculum—that in itself is going to be a challenge.”

But once the positions are funded and filled, the IDRC will continue to provide support to institutions, and help connect research chairs across and within regions, says Sanchez-Swaren: “That’s part of where the IDRC comes in and, with our convening role, strengthens some of these communities of practice around these issues.”