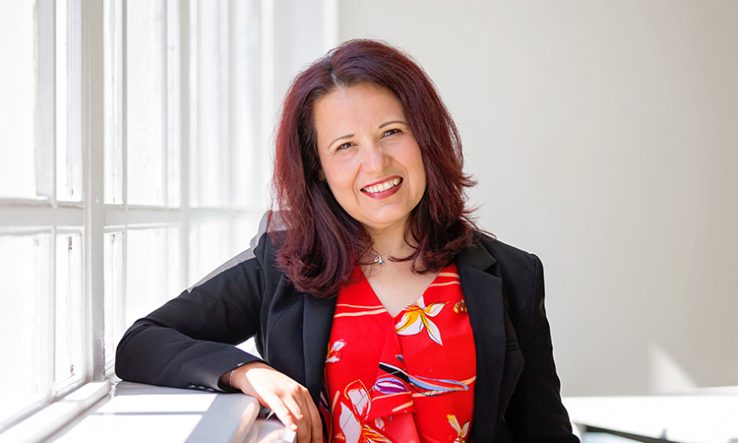 The leader of a delayed engineering and technology institution has said she would do things differently if she could start again from scratch.

Elena Rodriguez-Falcon, chief executive of the New Model Institute for Technology and Engineering, told Research Professional News that there were “so many things that I would have done differently in hindsight” in setting up the higher education institution.

NMiTE was inaugurated in 2018. At the time, it hoped to accept students from September 2019 and have 250 students on the Hereford campus by 2020. However, project delays and the Covid-19 pandemic mean that while NMiTE has now been registered with the Office for Students, it does not yet have a date for when it will recruit its first full cohort of students.

Rodriguez-Falcon explained that NMiTE “didn’t have a benchmark” to measure itself against and that there was “no-one to ask how to do it” when it came to setting up the college. NMiTE says it is the first new greenfield higher education institution in the UK for at least 40 years.

NMiTE was due to open its doors to its pioneer cohort of students in the spring, but the pandemic delayed the institute’s registration with the Office for Students. The college has recently received an extra £1.6 million from the Marches Local Enterprise Partnership in Herefordshire to help develop its Skylon campus, which will have capacity to host 600 students when it is finished in 2022.

Speaking to Research Professional News, Rodriguez-Falcon said there was “no point in dwelling in the past” and she defended the institute’s use of consultants during the set-up phase. She said it had been “absolutely critical for us to have a diverse group of people helping us that were not going to be there on a permanent basis”.

In March, the Department for Education said NMiTE’s use of consultants had been “essential to the business plan given the high risk associated with this project” after Herefordshire Council raised concerns, although the council would not comment on the nature of its concerns at the time.

In its accounts for 2019, NMiTE confirmed that among its consultants it had spent a total of £314,620 with a consulting firm led by David Nolan, who became chief operating officer at the college in August 2019 and has since left the role.

Nolan told Research Professional News that he was “never appointed as an employee” and worked on a contractual basis. He added that after Herefordshire Council, which was the accountable body for Department for Education funding, challenged the use of consultants, the department and the council both went on to approve the final grant payment to NMiTE in April.

The Department for Education confirmed to Research Professional News that it gave NMiTE £15m across three years, with the last instalment given in April, which was matched by £15m in donations and other funding.

Rodriguez-Falcon said it was not “appropriate” to comment on individuals, but she stressed that the Department for Education had found “good overall financial management of NMiTE”. “I would have had to use consultants still because the funding wasn’t sufficient to set up the whole infrastructure from right at the beginning,” she said.

She added: “With the process that we followed and the challenges that were presented to us at the time, the decisions we made were appropriate and were what we could do with the resources that we had. And, fortunately, it took us to where we are, and we wouldn’t have gotten here without that kind of resource and skill.”

Elsewhere, Rodriguez-Falcon said that NMiTE could be “a test bed for new pedagogies”. She said that some of its employer partners had “been asking us repeatedly to avoid some of the traps that existing higher education institutions have fallen into”, which leave some engineering graduates without “sufficient experience to be able to join industry and be ready to work on day one”.

“I think that new providers can play a very important role in higher education in this in any country, because we have to provide diverse opportunities for learners that are looking for different experiences,” she said.