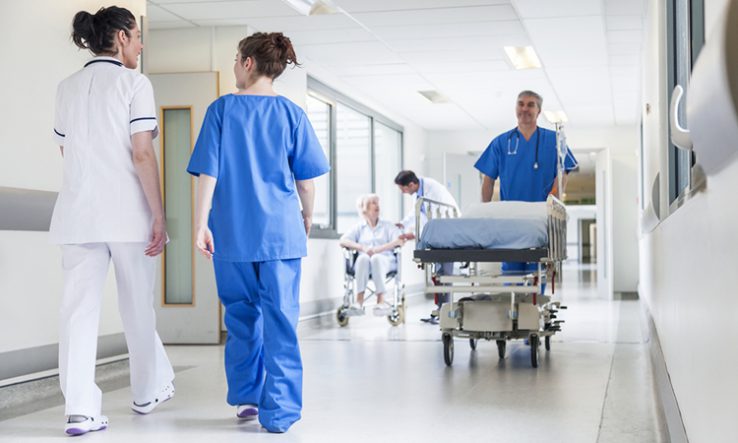 Four unions are demanding the scrapping of tuition fees for all student nurses, which they say have left the nursing workforce with “one arm effectively tied behind its back” during the pandemic.

Leaders of Unison, the National Union of Students, the Royal College of Midwives and the Royal College of Nursing urged health secretary Matt Hancock to reimburse tuition fees and forgive current debts for nursing, midwifery and allied health students. As of 30 April, Health Education England said 22,457 student nurses and midwives had volunteered to take up paid roles in the NHS to help ease pressure during the Covid-19 pandemic.

In a letter to Hancock on 6 May, the unions also called for tuition fees to be scrapped for future nursing, midwifery and allied health students from the 2020-21 academic year as graduates will be “supporting vital public services”. They also asked Hancock to introduce “universal, living maintenance grants that reflect the actual student need”.

Research Professional News has reported on the confusion in government around whether student nurses working on the NHS frontlines during the coronavirus pandemic are still paying tuition fees. Education secretary Gavin Williamson dodged a question on whether students are still paying fees during a House of Commons education committee hearing last week.

Royal College of Nursing chief executive Donna Kinnair said the introduction of tuition fees for student nurses in 2017 had a “devastating impact” in applications to study nursing. She blamed the policy for the NHS’s 40,000 empty nursing posts, leaving the workforce with “one arm effectively tied behind its back” at the start of the pandemic.

“Many student nurses have elected to become an invaluable part of the workforce at a time when the country needs them most, but they are still paying tuition fees, and this is simply not right,” she said. “Now is the time for the government to recognise the ongoing contribution of student nurses by dropping the debt, covering tuition fees and building a workforce fit for the present, and the future.”

Eva Crossan Jory, vice-president for welfare at the NUS, said the government must come up with “a radical new financial settlement” for current and future nursing, midwifery and allied health students.

“The very cohorts of healthcare students currently experiencing unparalleled disruption to their education and volunteering to work on the frontline against coronavirus are those who were also forced by the government to pay tuition fees and study without an NHS bursary,” she said.

The Department for Health and Social Care has been contacted for comment.