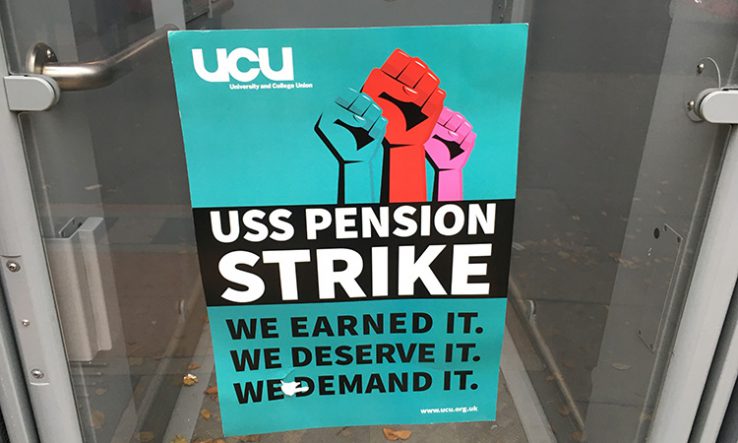 Rocky financial conditions have pushed the Universities Superannuation Scheme’s estimated deficit to over £34 billion, the USS admitted, saying it was “revisiting” its funding assumptions for the 2020 valuation.

In an update published on 9 July, USS chief executive Bill Galvin confirmed the scheme’s estimated technical provisions deficit (TP)—the measure by which the fund falls short of its obligations even if it remains open and members continue to make contributions—had soared to £15.2 billion in April and £19 billion in May as the coronavirus pandemic plunged financial markets into turmoil. In the 2018 valuation, the USS reported a £3.7 billion TP deficit.

The self-sufficiency deficit—the measure by which the fund falls short of being able to meet its obligations if it were to close tomorrow—reached £34.3bn in May, surpassing the April total of £30.7bn. Self-sufficiency is used by USS as a metric for the sustainability of the fund.

It comes after the poor Covid-19 financial climate forced the USS to raise the alarm with the Pensions Regulator in March, after the ratio between the scheme’s deficit and 10 per cent of employers’ contributions over the next 30 years breached 85 per cent over five consecutive days—a measure of stability used by the regulator.

At the time, Galvin said the 2020 valuation would offer a “calm and considered approach to assessing current conditions and any changes to the long-term outlook”. However, in the update the Galvin confirmed the USS was “revisiting our funding assumptions for the 2020 valuation”.

“It is undeniable that events have not moved in our favour. Some of the short-term risks we were focused on—given their importance to having continued confidence in our long-term projections—have started to crystallise,” he said, adding that long-term risks such as increasing life expectancy “had already combined to make the promise of an inflation-protected income for life in retirement more expensive”.

He added: “Current market conditions are adding to these challenges. While the security of our members’ pensions in good times and in bad is our overriding concern, as Trustee, we appreciate that affordability is a key issue for members and employers alike.”

Staff went on strike at universities across the country in autumn and spring this academic year to protest higher pension contributions. Contributions have already grown to 9.6 per cent for staff and 21.1 per cent for employers as a result of the £3 billion-plus deficit in the USS at its last valuation. Contributions are set to grow to 11 per cent and 23.7 percent respectively in October 2021.

Galvin said the USS would consult with Universities UK, which represents employers, “on the assumptions for the scheme’s technical provisions” early in August, as it would allow the pension scheme “more time to reflect” on the market turbulence.

The consultation will run until late September or early October, although Galvin said he would “keep the valuation timetable under regular review and as flexible as possible”. Galvin confirmed the USS has commissioned PwC to report on the financial strength of the scheme’s covenant by the autumn.

“With this information, and the response from UUK to our consultation, we will then finalise our view of the contributions we need to fund the current benefit structure,” Galvin said.

USS Employers, an imprint of Universities UK, said: “The USS Trustee has made clear that it will recognise the challenges presented by Covid-19 in the 2020 valuation process. While the valuation date is 31 March 2020, there will be 15 months for the Trustee and stakeholders to reflect on subsequent developments in financial markets and the university sector before the valuation has to be completed and submitted to The Pensions Regulator.”

A spokesperson for the University and College Union said: “We are currently involved in discussions around the assumptions and methodology for the valuation. We hope for a strong covenant to allow for a long-term view of USS that recognises the underlying strength of the higher education sector.”