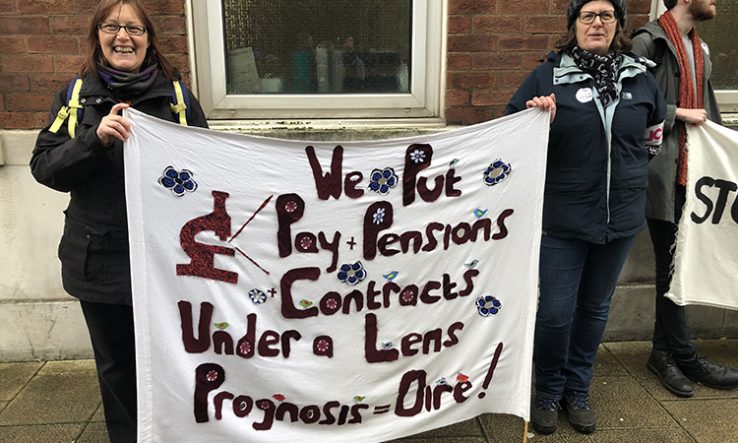 The latest monitoring report for the Universities Superannuation Scheme—seen by Research Professional News—shows that if a valuation snapshot was taken at the end of June the controversial contribution rate to the pension scheme would be 40.1 per cent.

Currently, members contribute 9.6 per cent of their pay into the USS, and employers top this up with a 21.1 per cent contribution. These numbers were already set to rise to 11 per cent and 23.7 percent respectively—34.7 per cent total—in October 2021, following previous failures of unions and employers to agree on the value of the underlying pension fund.

But the latest monitoring report suggests the financial conditions at the end of last month have driven down the value of the scheme’s investments significantly. This means that based on assumptions laid down in the last agreed valuation from 2018, to ensure its future security the total contribution rate shared by members and employers would have to reach 40.1 per cent.

“The depth of the economic shock brought about by the pandemic has highlighted the long-term challenges facing open defined benefit pension schemes like USS; challenges we intend to work with our stakeholders—Universities UK and University and College Union—to address through the ongoing 2020 valuation.”

USS is preparing for its latest valuation with a view to setting the joint contribution rate for the coming years.

The latest set of figures represents a further deepening of the deficit from the data published in the USS annual report and accounts on 29 July, but only covering the period up to the end of March 2020. Those accounts place the TP deficit at £12.9bn as of 31 March.

The 2018 valuation recorded a TP deficit of £3.7bn, leading to employer attempts to remove the defined contribution element of the pension, and resulting in sustained industrial action by members of UCU.

A contribution rate of over 40 per cent is unlikely to ever be implemented however, as the new valuation that will set contribution rates is being made based on the earlier financial data from 31 March and that will take precedence, even though the valuation process itself will run into the following year and must be completed by law no later than 30 June 2021. But the monitoring report highlights the troubled state of the pension scheme, and throws into harsh light the need to put it on a more secure financial footing.

The annual report and accounts—the last overseen by outgoing chairman David Eastwood—show investment returns for the scheme’s defined benefit fund averaged 6.19 per cent over the past five years, nearly one per cent above the scheme’s own benchmark.