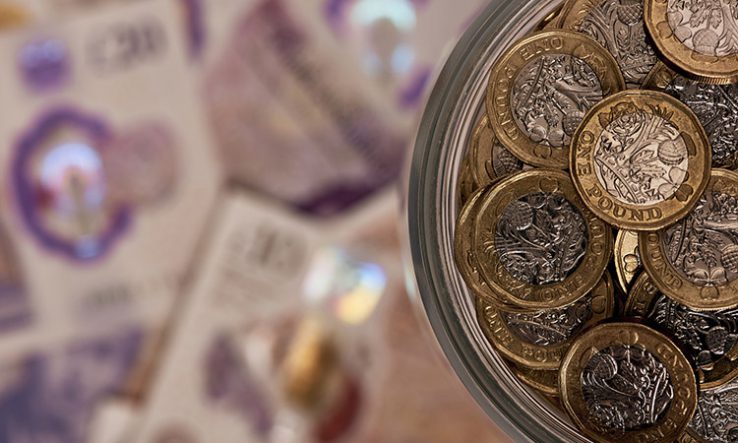 Almost £20 million in overpaid student loans has accumulated in government bank accounts in the last five years, rather than being returned to its rightful owners, Research Professional News can reveal in our latest investigation into the issue.

Data from the Student Loans Company (SLC), obtained under the Freedom of Information Act, show that since 2015-16, just under 60,000 England-domiciled graduates and other students overpaid and are owed a total of £18.4m. This equates to more than £300 owed to each person. 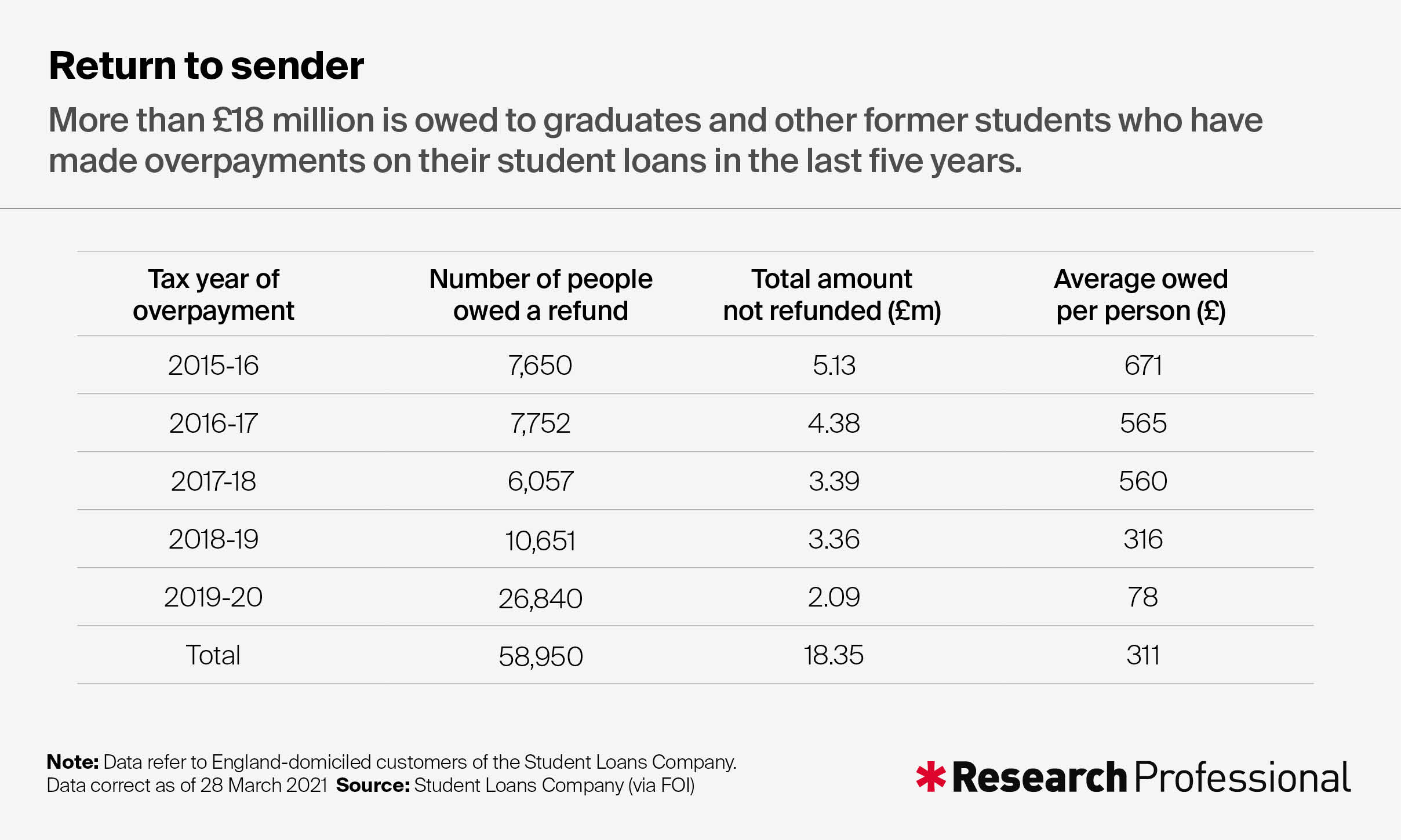 Two years ago, Research Professional News first published data on the value of overpayments that had not been refunded. At that time, the equivalent figure—the total owed for the five most recent years—was £21.6m, some £3.2m higher than the latest figures, suggesting there has been some improvement in refunding graduates.

But the data show there is much still to do. More than £2 million in un-refunded over-repayments accumulated in 2019-20—although the amount owed to each person on average is relatively low, at £78.

There are other concerns. For example, two years ago, the figures showed there were £6.3m of un-refunded overpayments made in the year 2015-16. This year’s data show that £5.1m—or 81 per cent—of that money remains unclaimed.

Similarly, data from two years ago showed that £5.9m of overpayments made in 2016-17 had not been refunded. This year, that number is £4.4m—meaning that three-quarters of the money that lay unclaimed in 2019 is still sitting in government bank accounts.

The overpayments are a result of the way HMRC and the SLC used to share information. Historically, employers would take student loan repayments from employees’ salaries, and that information would then be sent by HMRC to the SLC at the end of the tax year. The SLC would apply this payment information to the graduate’s account and send out a balance statement.

Because the SLC and HMRC only communicated once a year, thousands of people continued being charged for months after they had settled their bill. Since 2019, data between the two has been shared on a weekly basis, leading to improvements in the amount being overpaid.

A spokesman for the SLC said that over the past two years, a new online repayment service had also been introduced to make it easier for customers to manage their loans, and to help avoid over-repayment.

“These improvements have resulted in a 38 per cent drop in the amount over-repaid since 2018,” he said, adding that the SLC has contacted “every customer two years prior to the end of their loan and urged them to switch their repayments to direct debit during this period”, which reduces the risk of overpayment.

However, despite the changes, more than £5m in unclaimed overpayments has amassed since 2018-19.

Rachel Hewitt, director of policy and advocacy at the Higher Education Policy Institute, said it was “critical to the operation of, and trust in, the student loan system that the system works as it is meant to”.

“It is unethical for the loan recipients to have to take the responsibility for ensuring they are not overpaying, and shows flaws in the system, that there is still such a significant number of graduates overpaying,” she added. “It is essential that this is addressed, to avoid further distrust in the loans system.”

Anyone who thinks they may have over-repaid should check their account balance on the Gov.uk website and ensure their contact details are up to date. If an over-repayment is showing, they should update their account to receive an automatic refund, or contact the SLC on Twitter at @SLC_Repayment to request a refund.