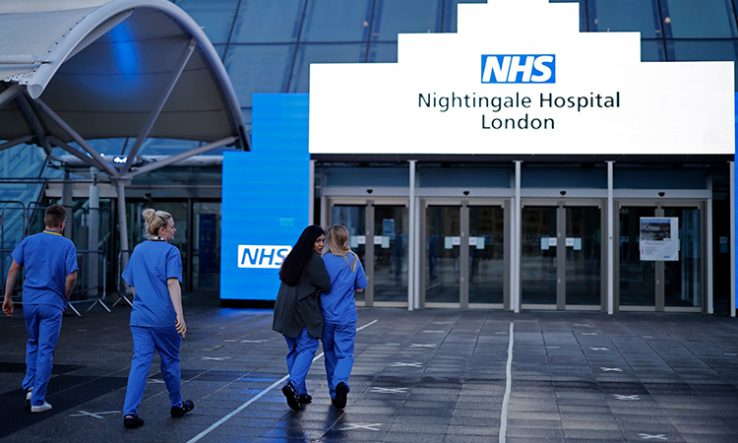 Care minister Helen Whately has said the whole country “is grateful” to nursing students after she came under fire for claiming that they were “not deemed to be providing a service” in an explanation of why existing students would not be eligible for a new bursary scheme.

Whately made the comments in a letter to Tom Pursglove, Conservative MP for Corby, on 10 June after he was contacted by constituent and student nurse Jess Collins.

In the letter, Whately said student nurses in training were “supernumerary” and so “not deemed to be providing a service”, despite the large numbers of students who signed up to work for the NHS during the Covid-19 pandemic.

Whately also confirmed that grants worth up to £8,000 to be introduced for many new healthcare students from September would not be backdated to cover existing students. Student nurses received bursaries to cover the cost of their courses until 2017, when tuition fees and maintenance loans for nursing students were introduced.

It means the cohort of nursing students who studied between 2017 and 2019 will be the only group to be saddled with both tuition fee debt and living cost loans. Some of this group of nurses volunteered to work in the NHS during the pandemic. Whately said the government had “no plans to introduce a scheme that will backdate the offer for students who completed courses in earlier years”.

In a statement seen by Research Professional News on 24 June, Whately defended her comments by stressing that supernumerary status for student nurses was “a technical definition created to ensure they have the space and time to learn” and was “widely supported across the nursing profession”.

“The whole country is grateful to student nurses for their heroic work on the NHS front line during this unprecedented global pandemic,” she added.

Education secretary Gavin Williamson recently confirmed that student nurses who had worked for the NHS during the coronavirus pandemic were still expected to pay tuition fees for the time they were working.

Despite widespread media reports that many student nurses had had their Covid-19 work contracts cut short, Higher Education England chief nurse Mark Radford said on 17 June that it was “absolutely untrue” that student nurses were being made redundant.

Student nurses in their final year of study in England will be paid until 31 July, and if students still need to work hours that count towards their courses they will also be paid after that deadline.

Research Professional News is campaigning for nursing students to have their final-year tuition fee debt cancelled in recognition of their work in the NHS during the coronavirus pandemic.