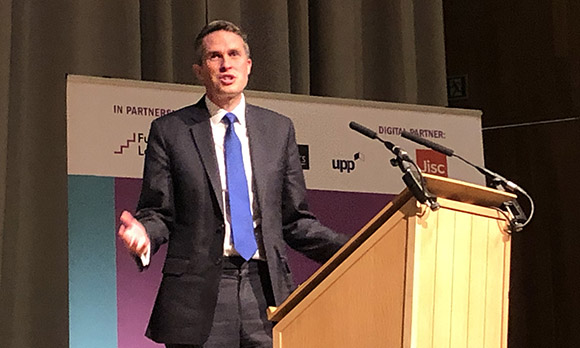 Image: Martin McQuillan for HE

Education secretary Gavin Williamson has defended the government’s U-turn over how A-level results were awarded.

When grades were first handed out in August, they were based on information from schools and colleges, combined with an algorithm designed to ensure results were fair. Students received these calculated grades as they had been unable to sit their exams in 2020 as a result of the coronavirus outbreak.

At the time the government said pupils would not be allowed to use the results given by their school or college. However, the moderation process resulted in about 40 per cent of students seeing their results downgraded, with those from disadvantaged areas particularly affected.

Speaking to the Commons education committee on 16 September, Williamson said a subsequent decision to allow students to appeal if their mock exam results were higher than their calculated grade would have overwhelmed the appeals system.

Ultimately, the government reversed the decision, allowing students to accept their original centre-assessed grade or their calculated grade, which incorporated the algorithm. They were also given the option of sitting an examination in the autumn to determine their result.

"The reality was there were too many inconsistencies in terms of the grades,” the education secretary said. “That was one of the real challenges—and that led to a lack of public confidence in the awarded grades.”

The controversy over exam results led to the resignation of both Sally Collier, the head of England’s exam regulator Ofqual, and Jonathan Slater, former permanent secretary at the Department for Education.

Williamson was asked multiple times by committee chair Robert Halfon if the resignations meant the advice he had received from Ofqual and senior officials at the DfE had been unsatisfactory. He did not answer the questions directly, but insisted that “everyone…had that single laser-like focus [on] ensuring there is as much fairness in the system [as possible], and that youngsters were in a opposition to be able to get the grades [they deserved]”.

“The fundamental policy of calculated, moderated grades was the right approach to be taking in terms of the exams season,” he added. “The reality was that there were too many inconsistencies in terms of the grades…so that was one of the real challenges, and I think that led to a lack of public confidence in the award of grades.”