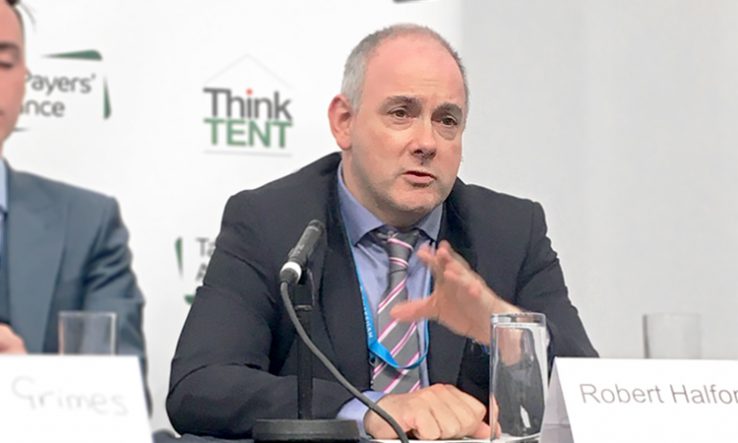 An influential Conservative MP has slammed universities for not preparing students for the world of work, as he backed calls for tuition fee refunds if students did not receive face-to-face teaching.

Speaking at a fringe event at the Conservative Party conference on 5 October, Robert Halfon, chair of the House of Commons education committee, claimed that universities were “failing to do perhaps the most important thing, which is to provide graduates with proper, graduate-paid jobs”.

“Every single course that a student does, whether it is history or archaeology, or whether it is science, should be about work,” he said.

Halfon suggested that students should spend “part of the week” on every course “doing a job”, adding that history students could work at a museum and English students could spend time at a publishing company.

He also said that it was “unacceptable” for universities not to provide face-to-face tuition this year, and he suggested that students should get refunds if their institution did not deliver. “Given that students are taking out £9,000-plus loans, they should be getting a proper service, and if the universities are not providing that service then they should get their money back,” he said.

As chair of the Commons education committee, Halfon joined Research Professional News in calling on the government to refund student nurses’ tuition fees while they worked in the NHS during the Covid-19 pandemic.

At the same fringe event—which was hosted by the Institute of Economic Affairs and explored whether university was “still worth it” for students—Halfon said that degree apprenticeships were his “two favourite words in the English language”. He called for 50 per cent of students to be taking degree apprenticeships over the next 10 years.

Halfon also said that the funding system for universities must change. “Universities have not moved with the times—they have relied on the golden goose of student loans, and that’s got to change as well,” he said. “If anything, we need to move to a graduate tax and lower the interest rates to make it fairer.”

Meanwhile, Andrew Westwood, vice-dean for social responsibility at the University of Manchester, said the higher education system in England was “very weak” when it came to offering qualifications at levels four and five. “We have a longstanding problem in our skills and training system,” he said.

Stephen Davies, head of education at the Institute of Economic Affairs, told delegates that many students went to university “simply to get a certificate”, and he said that an “overproduction” of graduates.