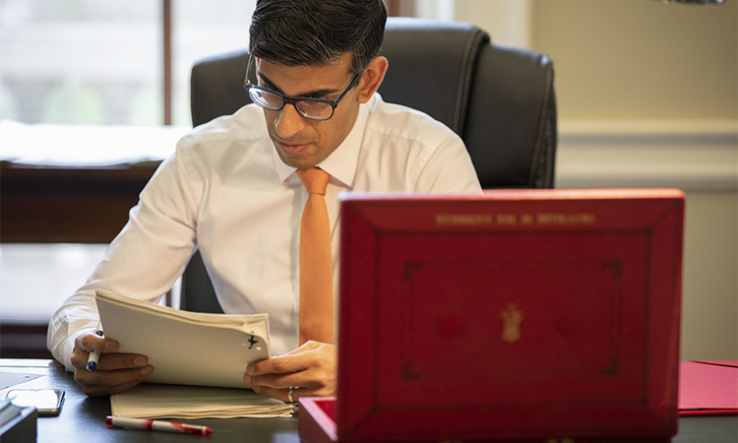 The chancellor of the exchequer, Rishi Sunak, has failed to offer assurances that no universities will be allowed to go bust as a result of the fallout from the Covid-19 pandemic.

After Sunak’s speech on the government’s job-creation plans yesterday, the shadow universities minister Emma Hardy asked the chancellor if he would “state his commitment to build back better and support social mobility by confirming that no university will be allowed to collapse”.

In response, Sunak said that the education secretary, Gavin Williamson, and the business secretary, Alok Sharma, “have already outlined proposals to engage with universities where they face difficulty”.

“In particular, they have put in place measures to deal with the issue of fewer overseas students being here and to protect our higher education research base,” he said, referring to the government’s package of long-term and low-interest loans that cover up to 80 per cent of lost international tuition fee income.

He stopped short, however, of guaranteeing that the government would step in if institutions became insolvent.

Earlier this week, the Institute for Fiscal Studies published a report warning that the UK higher education sector faces losses of between £3 billion and £19 billion as a result of Covid-19, and that 13 universities could be at risk of collapse due to the pandemic. The think-tank calculated that to bail out those universities could cost as little as £140 million.

Speaking earlier this week at the University of Buckingham’s Festival of Higher Education, former universities and science minister Jo Johnson said that with its “substantial reserves of £45 billion—well more than the likely overall impact of the coronavirus crisis”—higher education as a whole would weather the Covid-19 storm.

Johnson described the £140m needed to bail out the most at-risk institutions as “chicken feed” and said he had “little doubt” that if any institution was in extreme difficulty the government would put in place a “package of measures” to support them.