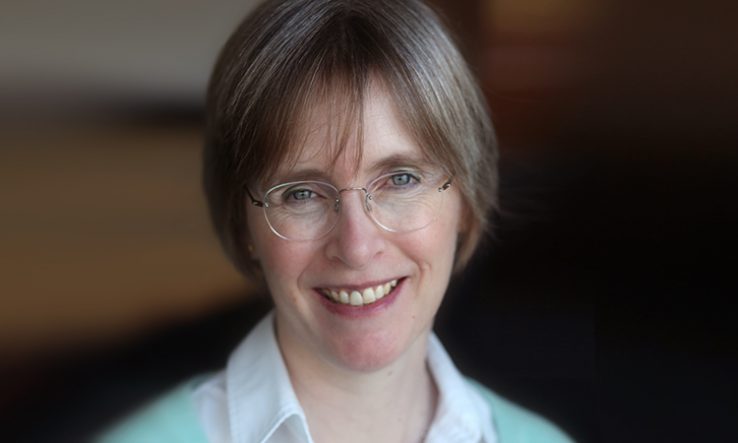 Even before the coronavirus pandemic disrupted lectures and threw halls of residence into lockdown chaos, the Office of the Independent Adjudicator for Higher Education was getting record numbers of student complaints. The watchdog for England and Wales received 2,371 complaints last year—its highest-ever number, and a 21 per cent increase year on year.

There are all sorts of reasons for the steady rise, which has been happening since the OIA launched 15 years ago. Trends such as the cost burden for higher education increasingly being placed on the shoulders of students, and the more marketised approach to provision that the government has favoured in recent years, mean students are more like customers than ever before. And customers, as anyone who has worked in retail will know, complain.

Aside from these macro drivers of student dissatisfaction, the past 12 months or so have featured a number of incidents that have prompted yet more student complaints. These include, of course, the industrial action over pay, conditions and pensions, which forced lectures and seminars to be cancelled or postponed as university staff went on strike.

But nothing in recent years, perhaps nothing ever, has disrupted student life to the extent that Covid-19 has. Perhaps nothing ever will again. And the OIA’s independent adjudicator Felicity Mitchell knows it. “I think the world has gone a little bit mad, and we’re all caught up in it,” she tells Research Professional News over a pleasant Zoom coffee. “Everybody is…talking about students making complaints to us. And it’s absolutely right that students, who are unhappy with what’s been going on and have not been getting what they reasonably expect to get, should be able to complain to us.”

It is hard to remember a moment when the OIA was more high profile. Not a week goes by without the universities minister, the education secretary or the head of the Office for Students reminding anyone who will listen that the adjudicator is there to pass judgement on their dispute if they have been left dissatisfied by their institution’s own grievance processes.

It feels a little like the calm before the storm. Mitchell tells us that the OIA has only received about 140 cases related to Covid-19 disruptions so far—but she adds that, because students have a year in which to take their case to the watchdog, she would not expect grievances that have arisen early in the 2020-21 term to have been escalated to the OIA yet. The cases that have already been received relate mostly to the backend of the last academic year.

It is fair to say that more are expected—and it might not only be individual students who feel they have suffered an injustice. As Research Professional News reported yesterday, the OIA is testing “special processes” that would allow it to more quickly process complaints from large numbers of dissatisfied students.

“[We want] to encourage students in higher education providers to resolve issues without having to go through a formal process and out to us,” Mitchell says, adding that while the watchdog will “be able to manage” if complaints do surge, this would inevitably “put pressure on our ability to turn around cases quickly”.

“Then, we’ve got other things in the pipeline—for example, we’re looking at a special process for if we get a really big group of students coming to us about one thing, [such as] a whole cohort complaint…about a Covid disruption.”

Donelan said last week that the OIA might be in a position to consider offering tuition fee rebates to multiple students at a particular university, or on a specific course, if a significant number of them all went to the adjudicator.

“What [the OIA] do is they look at clusters, so say there were a few [cases] within a certain university or within a certain course, then they could potentially look at remedies to resolve the situation, look at solutions for that entire cohort—that might mean discounts,” Donelan told the education committee on 6 October.

It is all reminiscent of the class action student lawsuits that seemed to be gaining momentum following the disruption caused by the recent industrial action. Thousands signed up to seek compensation for lost teaching time, but none ever came to fruition.

The potential for group action here, though, is far greater. Class action lawsuits can be expensive and require a significant number of signatories. They also rely on all students having experienced an identical misfortune, which was unlikely with different universities being affected in different ways by the strikes.

This time, though, it is different. There are thousands of students with similar experiences—think of those locked down in halls. With high-profile politicians suggesting there is potential for mass refunds, and that the OIA is the mechanism by which they can be secured, this could be a busy year.

The potential deluge of complaints is not news to the OIA, of course, and Mitchell says she and her team have carried out “some scenario planning”. But it is hard to know how many grievances “are going to convert from students being worried and concerned into complaints that go all the way through their internal processes and out to us”.

Universities are the first line of defence for the OIA. Because the adjudicator will only take on a case when an institution’s internal appeals processes have been exhausted, part of the watchdog’s focus is on helping universities to put effective systems in place.

“A lot of our work is aimed at improving good practice in higher education providers, so that complaints don’t come to us because they’re resolved satisfactorily internally,” she says. “We pick up good and bad practice…and we feed that back out to the sector in the form of formalised guidance. We’ve got several different sections to our good practice framework, but also we do webinars and workshops and so on.”

Overall, does Mitchell have concerns about the state of university arbitration procedures? “I mean, yes, of course, some higher education providers do this better than other higher education providers, and some, frankly, have a bad day sometimes. So there’s always work to do to improve things. But I think, mostly, what we see is staff who are very willing and trying their best to do the right thing by the students…and sometimes it doesn’t always go right, and we’re here trying to help people to learn from mistakes that they’ve made.”

For Mitchell, one of the crucial aspects of carrying out the work of an adjudicator effectively is remembering the importance of “responding kindly to complaints”.

“Even if you’re not finding a student complaint justified and you’re not upholding the complaint, there’s something important about helping the student to understand what’s going on and taking them through the process. By giving them an explanation, you can help them to feel more confident in the outcome, because they know somebody else has looked at it. I think that that’s really important for a lot of people.”

Mitchell says she can empathise with the concern and worry that the Covid-19 cohort of students must be experiencing. “It’s really hard to know how it’s going to play out—and the most important thing is for those students who have been particularly badly affected to come on through to us,” she says. “It’s really tough—I’ve got two sons who are students at the moment, and it’s not easy. There are so many different pressures on them, so we do understand how difficult it is.”

At least if her sons have problems, though, they can just ask their mum to sort it out?

“I can’t go anywhere near that,” she laughs. “They’re probably the most disadvantaged students in the country in that regard.”

This interview originally appeared in the 8am Playbook email. To subscribe, please fill in this form and add 8am Playbook as the subject.