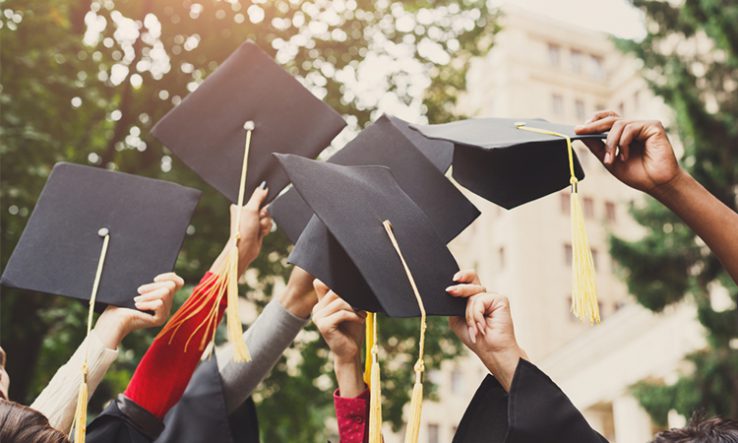 Celebrities, politicians and business leaders will celebrate the achievements of university graduates today as part of the inaugural National Graduates Day today.

Among those marking the celebratory occasion are Michelle Donelan, the universities minister, and comedian Russel Brand.

The day, which is organised by Universities UK, aims to recognise the “remarkable efforts” of this year’s graduates. It celebrates the “resilience, skills, and achievements of the graduate class of 2020”, who have had to finish their degrees during the Covid-19 pandemic.

The campaign will see Donelan and Brand, among others, take to social media to “congratulate graduates, and reassure them that their experience and qualifications are needed now more than ever to help kick-start the UK’s economic recovery”, UUK says.

On 16 July, in separate comments to the House of Commons education committee, Donelan appeared to dismiss years of targets designed to boost the number of people from underrepresented groups progressing to higher education by saying it was not important to look at the demographics of those attending university.

“It doesn’t matter about looking at which groups don’t get to university,” Donelaan said. “It is about making sure that those groups that do go complete, that [their course will] lead to graduate jobs, but also looking at what is in that student’s best interests.”

Among the high-profile people backing the Graduates Day initiative are Carolyn Fairbairn, director general of the Confederation for British Industry, television historian Dan Snow, and broadcaster and biologist Alice Roberts.