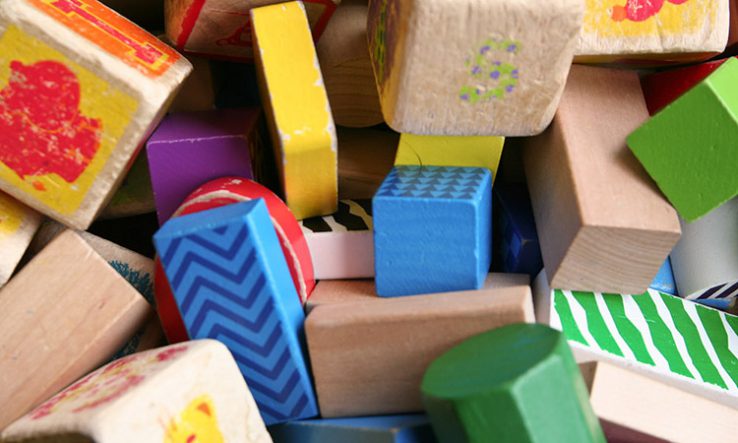 At the Conservative Party conference at the start of the month, education secretary Gavin Williamson said he wanted to make technical and vocational education “the first choice for anybody with the aptitude, desire and interest to pursue it”. He promised “to supercharge further education” and “to overtake Germany in the opportunities we offer to those studying technical routes by 2029”. And he pledged £120 million to ensure there would be an Institute of Technology “in each major city”.

Previous governments, he said, had tried to transform vocational education—but “deeds…have rarely matched the words”. True. Finding examples of failed or abandoned reforms of further education is like shooting fish in a barrel. Why should it be any different this time?

I think we can discount the secretary’s promise to “give [his] all” as the deciding factor. I don’t doubt, for example, that then education and employment secretary David Blunkett was any less determined in 2000 when he promised that in five years half of all colleges would be centres of excellence for a particular vocational subject.

Or that as secretary for business, innovation and skills, Vince Cable was any less sincere in 2015 when he said that “in 10 years’ time this country will be recognised as an international leader across the whole of tertiary education”. He launched National Colleges as “prestigious employer-led institutions of technical higher education”.

But the centres of excellence are forgotten and the National Colleges have struggled with recruitment and finances. The point when an astonished world acknowledges the supremacy of our technical education has been pushed back a few years.

I wouldn’t bet too heavily on the Institutes of Technology either. I’m wary of £100m-odd funding pledges. Blunkett had £100m to transform colleges into centres of excellence. It sounds like a big number. But in the context of the billions of pounds spent in post-18 education and training, it’s a small number and unlikely to be a powerful enough lever to shift the system.

What might be effective? Well, we do have evidence of why previous reforms failed. An Institute for Government report published in 2012 looked back over the previous 15 years of further education and skills policy and found chaotic policymaking and constant change.

Policy focus shifted back and forth between extremes, “yo-yoing between a centrally planned system and one where choice is devolved to local employers and/or learners with little oversight”. Both the underpinning institutions and the system as a whole were subject to repeated upheaval. “Criticisms of the sector have tended to result in radical overhauls rather than a managed process of learning and adaptation where strengths of previous systems are built on and weaknesses addressed.”

Between the birth of the Higher Education Funding Council for England and its replacement by the Office for Students, the world of further education and training clocked up nine funding and oversight bodies and various advisory quangos. None ever had long enough “to build the necessary experience and skills to learn, adapt and become more effective over time”, the report said. Ministers and senior officials built and destroyed, built and destroyed like children with a box of Lego—always with the promise of a new Jerusalem.

If consistent policy, institutional stability and building on the strengths of what exists are the solutions, how well does Williamson’s approach measure up? For a start, let’s be thankful there’s no suggestion that the Education and Skills Funding Agency and the Institute for Apprenticeships and Technical Education need to change the letterheads any time soon. Tick for institutional stability.

And government does seem to have stopped yo-yoing on policy, with its approach to both apprenticeships and T levels settling somewhere in the middle—increasingly employer-funded (the apprenticeship levy is good policy) and in theory employer-led but through a government arm’s-length body. Tick for policy stability, even if the Institute for Apprenticeships and Technical Education resembles an ersatz attempt to square the circle of wanting to be Germany while having a very different sort of economy, without the industrial relations practice, corporate governance and tradition of employer collaboration that support Germany’s vocational education system.

But no tick yet for building on the strengths of what we have now. While the recent Department for Education consultation on higher technical education qualifications acknowledged that much of the existing level 4 and 5 provision was in higher education—foundation degrees and certificates—it proposed forcing them to be separately kitemarked or face financial sanctions.

There are two problems with this. First, kitemarking is untested but is essentially the same sort of process as that for determining apprenticeship standards—a process characterised to date by glacial speed and a lack of transparency that drives employers and would-be providers to distraction, seriously impeding their attempts to meet the skills needs of their industries.

Instead of building on the autonomy and flexibility of a successful approach—degree-awarding powers—it would be subject to the diktat of a new, centrally designed and unproven process. If employers have developed a foundation degree that meets their needs with a university, why should they be second-guessed by a centralised, quango version of employer demand and risk losing full access to loan funding?

This would be a mistake. In evidence given to the House of Lords science and technology committee’s inquiry into science research funding in universities, former Treasury permanent secretary Nick Macpherson contrasted the delivery mechanisms for higher and further education. “The further education and adult education sectors have been pretty ineffective in terms of translating money thrown at it into hard outcomes,” he said. In contrast: “I think the university sector has been a success in spite of government rather than because of it.”

The second problem is that level 4 and 5 qualifications have a purpose beyond meeting the expressed needs of a particular industry. They are important in enabling people from non-traditional backgrounds to access higher education. And they contribute to more flexible learning pathways as recognised building blocks for people to come in and out of learning and to progress towards graduate and postgraduate qualifications.

Finally, and even though I don’t expect them to be game-changers, I worry that Institutes of Technology are another expression of nostalgia for polytechnics—what Peter Scott memorably called “the longings of 50 and 60-somethings in the policy/boss class to reinvent the binary system”.

I worry because it reflects a continuing refusal by policymakers to accept reality: that the capacity to do high-level technical and professional education well already exists in post-1992 universities, in specialist universities and more widely across higher and further education.

As Macpherson said, commenting on what he saw as implicit in Augar—the demand for greater central direction—“Whitehall doesn’t know best.”