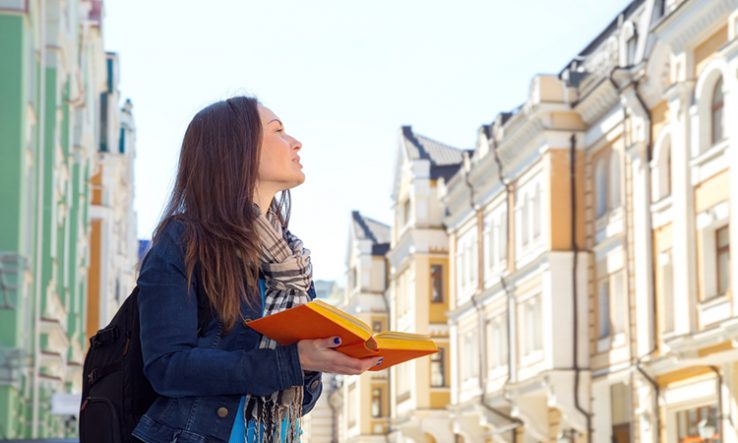 Image: A StockStudio, via Shutterstock

Policymakers view students differently in different European countries, and that affects how students see themselves

The Erasmus+ mobility programme, which allows higher education students to move easily across national borders, suggests that being a student is the same across Europe. It is an idea reinforced by the development of the European Higher Education Area. And academics often make similar claims—suggesting that universities across the continent are becoming increasingly homogeneous as a result of the Bologna Process that led to the EHEA, not to mention the impact of marketisation and the frequent recourse to principles of managerialism.

But research being undertaken as part of the European Research Council-funded “Eurostudents” project has begun to question the idea that a higher education student means the same thing to all European nations, and even to all people within those nations.

Although we are only just over halfway through the research, and still have much of the data left to analyse, there are already some striking findings. We examined data from policymakers, higher education staff and the media, as well as students themselves, and findings from fieldwork in Denmark, England, Germany, Ireland, Poland and Spain, chosen to provide diversity in terms of “welfare regime”, mechanisms for funding higher education, and relationship to the European Union. What we found suggests that students are often conceptualised in quite different terms depending on the country.

For the many or themselves?

We analysed 92 policy documents (that discussed students) from our six countries and interviewed 26 policy influencers, including: ministries of higher education; staff and students’ unions; representatives of university leaders; and representatives of graduate employers.

Our findings to date suggest that while across all six nations students are understood clearly as “future workers”, in England, students are also understood in many cases as individual investors, with associated rights, whereas Denmark envisages them instead as a societal investment, with social responsibilities. In both Denmark and Poland, students are sometimes construed as objects of criticism—censured for taking too much time to complete their studies or making poor subject choices.

Moreover, while students are discussed as Europeans in some countries, this does not apply in all of them. In Germany, the higher education minister talked in a key speech about the “Erasmus generation” and presenting students as European citizens is also evident in Spain and, to a lesser extent, in Ireland and Poland.

But it is notably absent from the ways in which they are discussed in Denmark and England. Finally, a number of the policy documents position students as vulnerable, but the source of this vulnerability differs from country to country and between stakeholders.

These are a number of possible reasons for these differences. Firstly, the way in which higher education is funded appears relevant. In Denmark, where higher education is publicly funded, politicians appear to feel pressure to demonstrate value for money to the taxpayer, and thus emphasise the societal contribution expected of students and feel at liberty to cajole them into faster completions. In England, in contrast, where the viability of the higher education sector depends on persuading large numbers of students to enrol and pay their own fees, emphasising their rights and the benefits to them as individuals and appearing to take up their case against recalcitrant institutions is perhaps a more logical strategy.

Secondly, the countries’ geopolitical relations clearly have implications for the way in which students are viewed. Euroscepticism is a more significant political force in Denmark and England—the two countries where students were not discussed as Europeans—than in the other four countries. Moreover, Germany’s key role in many contemporary European debates is reflected in its foregrounding of “Europe” in speeches about students.

Thirdly, the recourse to the idea of vulnerability can be seen as a common strategy used by policymakers of appealing to a universal principle (here, protection of the weak) to justify particular policy measures. The variety of ends to which this tactic can be deployed is illustrated in our data.

What does this mean for students and staff within higher education institutions? As policy documents are typically written by those occupying powerful positions in society, the language they use and the constructions they advance are likely to become part of entrenched, dominant discourses. Dominant policy constructions have the capacity to influence how students are thought about and the way they think about themselves.

Seeing themselves as objects of criticism (for example, in Denmark) or as individual investors imbued with consumer rights (as in England) may affect how people feel about being a student and about their relationship with those who hold power. Students who come to see themselves as individual investors may, for example, be less likely to participate in collaborative forms of learning and value the non-economic rewards of studying. The extent to which students’ understandings do, in practice, map onto those evident in policy is a key theme of our wider project over the coming year.

Rachel Brooks is professor of higher education at University College London. The project received funding from the European Research Council under the European Union’s Horizon 2020 research and innovation programme (through a Consolidator Grant awarded to Rachel Brooks, grant number 681018_EUROSTUDENTS).