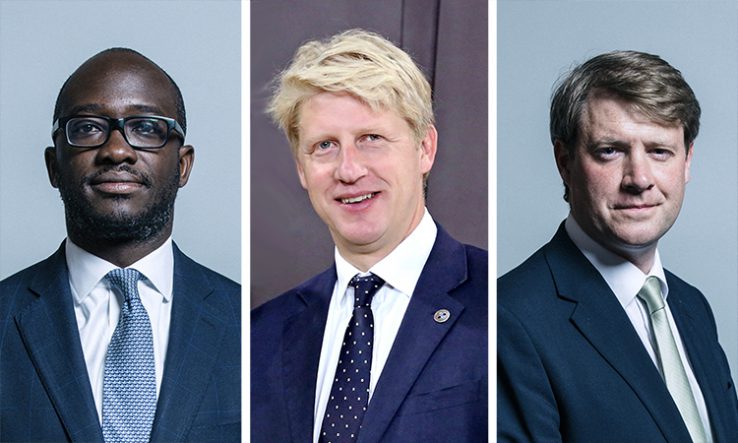 They say a week is a long time in politics. By that reckoning, my 15 months spent working as policy adviser to the universities minister could classify as a lifetime.

In any other job, I may only have just been getting started. But since last summer, I’ve served three different Conservative ministers of state—or four, depending on how you count it (Sam Gyimah, Chris Skidmore, Jo Johnson and Skidmore again). And of those, one is now standing as a Liberal Democrat candidate in the upcoming general election.

One has called time on his political career altogether. And another is facing re-election. So, for anyone still wondering why I chose to step down from my position earlier this month, I trust you can appreciate that sometimes a bit of certainty in life definitely has its appeal!

Working for three ministers in such a relatively short period of time has nevertheless given me some unique perspectives.

For a start, it’s become clear that I’ve basically had three different jobs, with three very different bosses. And, as much as it would have been nice to have had a depth of experience by working with any one minister over an extended period of time, I realise that what I gained was a breadth of experience which, in more stable times, would take years, and perhaps even several career changes, to acquire.

Never mind the civil service fast stream; what I experienced was more like a white-water rapid ride through Whitehall!

With each new minister came a brand new working environment, a clean set of personal priorities and a fresh set of responsibilities. I now know that no two ministers are alike in their needs and expectations, and each will interpret their role differently.

Just like the rest of us, each minister has their own drivers and ambitions. This means that what they want from their teams can vary immensely.

And it’s here that I’d like to pay tribute to all the officials who’ve worked in the universities minister’s private office over the past couple of years, including the private secretaries, diary managers and correspondence facilitators. For me, these are the unsung heroes of our precarious political age.

Having seen the team seamlessly transition between different ministers and provide tailored assistance to every one of them, I want more people to recognise the vital pillar of support they provide—not just to ministers, but also to policy advisers, like myself. We can find ourselves fighting for our continued place in private office during each ministerial changeover and are indebted to their kind words and camaraderie.

Surviving the political whirlwind and coping with such a fast pace of change teaches you many things. On a personal level, it builds resilience and gives you a new outlook on life.

You learn to deal with turbulence with confidence and to grasp opportunities when they arise. With the constant threat of ministerial resignations and government reshuffles—both of which I experienced first-hand—it becomes impossible to plan for the long term, so you learn to seize the moment and make the most of the situation you’re handed.

As policy adviser, I learned very quickly that there is no standard job description for what I did because I’ve been many things to different people—from researcher to writer, messenger to convenor. Just as no two ministers are ever going to approach their jobs in the same way, neither are no two policy advisers—or indeed, special advisers—as the nature of their work will depend very much on the minister they serve.

Being an adviser of any sort is a relationship-based role. Yet the strength of the bond an adviser has with their minister will vary—not only depending on the personality match but also depending on circumstance.

In my brief time in role, I had to adapt to three very different scenarios: the first, being one of two policy advisers; the second, being the only adviser to a new minister; and the third, finding my place in a trio of advisers while working alongside a special adviser and another policy adviser—itself testimony to the complexity of the universities minister’s brief.

But it’s not just team dynamics that can determine the nature of an adviser’s work. Having served in the run up to the first three Brexit deadlines—in March, April and, again, in October— I saw how my own role within the department became all the more important, as attentions increasingly turned to “no deal” planning and the capacity to develop new policy became squeezed.

Ministerial ambitions don’t wane during critical junctures in politics. In fact, they only intensify, and the desire to make positive policy interventions becomes even stronger. So, as a policy adviser trying to fulfil as many of these aims as possible, my remit naturally expanded out of simply “advising” to incorporate some of the design and implementation functions as well.

So, as I start my new journey into the world of government affairs from the safety of a university, I can look back on my time in Whitehall knowing that what I have just experienced was something truly unique to me. And I’m proud to have played my own part, however small, in keeping the show on the road at a time when uncertainty was writ large.

Diana Beech was policy adviser to the universities minister between August 2018 and October 2019. She is now working as head of government affairs at the University of Warwick.