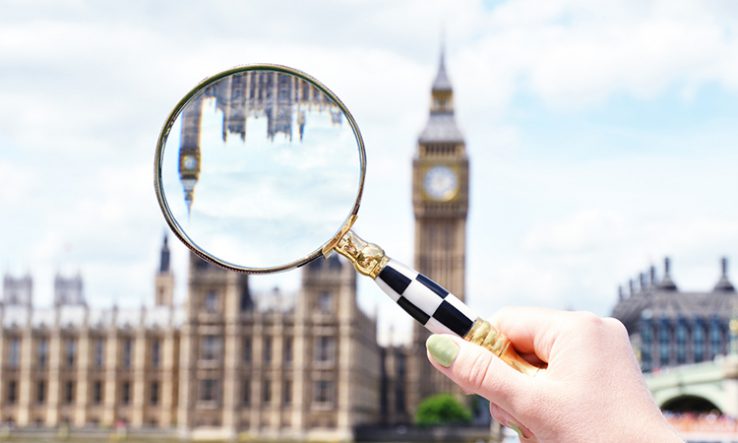 As the Conservative Party conference gets underway, Jonathan Simons provides some insight into government thinking

It’s fashionable to say that Covid-19 has changed everything. But when it comes to higher education policy, I’m not so sure it has.

This Tory administration came into office with a thin manifesto but with Number 10 actually very keen and knowledgeable about higher education. This goes wider than Dominic Cummings; other members of the policy unit (Alison Wolf, John Bew) are academics, and one of the biggest spending commitments—on R&D—will see billions of pounds flow towards universities.

So despite the inevitable short-term complexity of dealing with international visa changes, vaccine development and defining what a household is within a given hall of residence, higher education is one of the few areas in which it is still possible to see an agenda. And I think we can define it through four Cs.

The first C is Commercial. This government’s vision for the UK is one of innovation and talent being commercialised, and innovation driving growth. It sees universities as absolutely critical to that agenda—hence the commitment on R&D spending.

Whether it’s the production of physical goods, or businesses using and commercialising intellectual property, designing new services or employing scientific discovery towards new products, the government sees commercialised research as the next step change for the UK economy, making it harder for low-wage, bigger labour markets abroad to compete against.

That leads on to Collaboration. If the University of Oxford’s vaccine is the first one proven to work, and can be produced at scale, the UK government will take a victory lap around the world for months on the strength of the UK’s scientific base (and Oxford will have a blank cheque with Whitehall for the next few years). But Oxford would be the first to point out that work on the vaccine has involved many researchers across industry and many different universities.

This collaboration is seen as a strength. It’s significant that the prime minister’s speech on skills started with talking about the vaccine and quickly segued into the issue of technically qualified staff to work in the labs.

Collaboration also means working alongside further education colleges. The aim is to have nothing less than a unified tertiary funding system that is institution agnostic—a policymaker’s dream, in many ways, that hasn’t existed beyond the pages of think tanks and policy papers. If that can be resolved, including issues of credit transfer, such collaboration could become a reality.

Connected to this is the government’s clear agenda around the Civic. This government has drawn two major insights from the past decade of higher education policy. The first is that it has been too place-blind. Many incentives push universities to be nationally focused or globally focused. Given the anchor role that institutions play in many communities, the already-weary-jargon goals of levelling up and building back better can’t be achieved without universities continuing to be at the heart of medium and large towns and cities.

The second insight is that, largely due to the reclassification decision by the Office for National Statistics, the cost of university to the exchequer is just too high. I know of a lot of Tory policy thinkers who are shocked at just how much the system costs the Treasury and the Department for Education in real cash terms every year, now that costs can’t be punted forward for 30 years.

The way to solve both these issues, goes the thinking, is to create a system that makes further education a more attractive option. Further education institutions can be (I stress ‘can’ be) more civically minded and locally focused, and are certainly cheaper, although, as the prime minister’s speech made clear, further education will receive increased funding. The government isn’t averse to universities playing a civic role—indeed it wants them to, and to continue to work with further education—but they can’t be the only institutions to do so.

And the fourth C is Culture. Be in no doubt, there are senior people in government who are deadly serious about taking action on what they see as a toxic combination of a monoculture, of institutions that are happier to ban speakers than ban grade inflation and of a willingness to give ground to people (broadly speaking, on the left) on issues such as Black Lives Matter but not give ground to people (broadly speaking, on the right) on issues such as maintaining the names of buildings and keeping statues.

From the government’s standpoint, higher education seems incapable of debating these issues in good faith—particularly when it comes to curbing student union activism and defending free speech. One senior Tory thinker went as far as to compare universities today to the trade unions in 1978. The promise of legislation has been made, the intention could not (in the government’s view) be any clearer, and yet nothing changes until everything changes.

The skills white paper, which I understand will now act as the formal government response to the Augar review and therefore be a hugely wide-ranging tertiary education white paper, will land in November. It will set the scene for a potentially wide-scale change to higher education. People can’t say they are unaware of the level of ambition around this in Whitehall.

Jonathan Simons is a director and head of education practice at Public First.