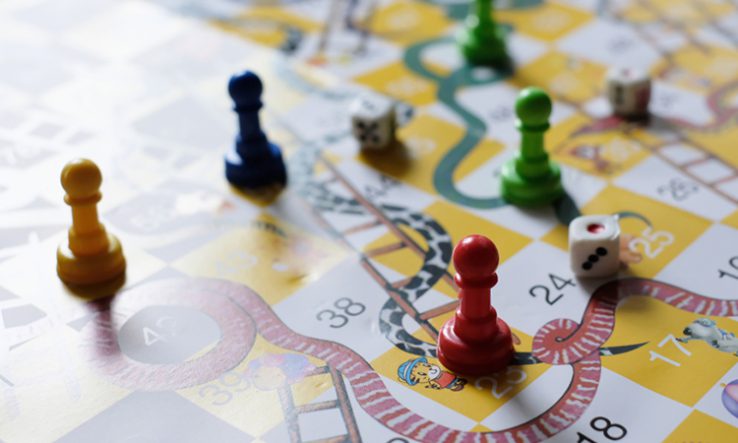 There’s nothing more frustrating as an ex-minister than seeing an announcement made that you’d have loved to have been a part of. While the immediate focus of universities and government is, of course, managing the risk of coronavirus and sustaining our higher education system, policy-making hasn’t become entirely reactive. This week saw the announcement of a lifetime skills allowance and the prime minister’s backing for a flexible, modular-based approach to lifelong learning.

It is a positive departure from the rigid system of old, but beyond the headline announcement, there is much work to be done to realise its full potential, both from government and from the sector.

It often seems that the relationship between the two plays out like a game of snakes and ladders—constructive steps towards mutual areas of agreement (say, in student mental health or access and participation), only for a slip backwards when the university-bashing cudgel is taken up in the form of a rolled-up Daily Mail, or headlines highlighting poor examples of university behaviour, from using NDAs to cover up abuses, to failures of leadership. This does not help what should be a mutual endeavour on which both parties can agree: the importance of a trained and educated population and workforce that can measure up to the rest of the world.

As universities minister, I tried my best to weave a ‘new narrative’ based on trust and co-creation of policy, while recognising that universities as institutions would never be perfect; all institutions, as Jesse Norman, financial secretary to the Treasury, wisely said this week, are based on decades of small decisions based around compromise.

In the debate over the provision of post-18 education, played out during my time in nervous anticipation of what turned out to be a perfectly reasonable Augar report, it is also clear the government needs higher education if it is to fulfil its further education ambitions. Park the virtue-signalling, parity-of-esteem circular arguments that have been and gone and come back again. The reality is, universities are entrenched in local communities, whereas the further education sector has neither the capital estate nor the long-term, large-scale financial resources to form the kind of long-lasting partnerships necessary to deliver the non-degree level 4 and 5 provisions the country needs.

Universities that recognise this golden opportunity to step up and help deliver new modular-based learning around higher technical education provision will have a healthy future, I suspect. The false narrative of further versus higher education helps write headlines but does nothing to deliver what could be radical policies to meet the ambitions of young people who do not attend university. And if the so-called ‘forgotten 50 per cent’ join those attending university by achieving a post-18 education, then this is something we should all celebrate.

But it will, I repeat, need universities to deliver. Since leaving office, I’ve taken up a role as chair of the advisory board at the UPP Foundation. Its work has highlighted the need for universities to be civic institutions, dedicated not only to the needs of their students but also to their local populations. Funding that can help direct institutions’ attention to this role is vital, but so is a commitment from universities that they will form partnerships and bridges, focusing on what their local areas want and need, rather than what they think they do.

Take Nottingham Trent’s work in Mansfield. This isn’t about getting people into university but about fulfilling a mission to give the right education to meet the needs of a community.

Course innovation will be essential if we are to help deliver flexible learning that will particularly benefit local populations that wish to learn as they earn. But first, key policy barriers need to be removed. Another former universities minister, Jo Johnson, has already highlighted the need to remove the ELQ restriction. Added to this is the need to formally recognise that completing the first year of a degree course is a level 4 qualification and the second year a level 5.

The Australian model shows a way to deliver modular learning, although course credits need to be funded at perhaps 60 units rather than the current 360. And when it comes to degree apprenticeships, we need to allow for flexible patterns of work and end the one day out of work training requirement that stymies small businesses taking up apprenticeship routes for higher education.

A new world exists, in which further and higher education blend seamlessly together, but that world requires funding streams to blend equally well. It can be done, if both universities and government are willing to put aside any differences in rhetoric and focus on this as their priority. Unity of purpose is just around the corner.

Chris Skidmore was twice minister for universities, science, research and innovation between 2018 and 2020, and is now co-chair of the All-Party Parliamentary Group for Universities.