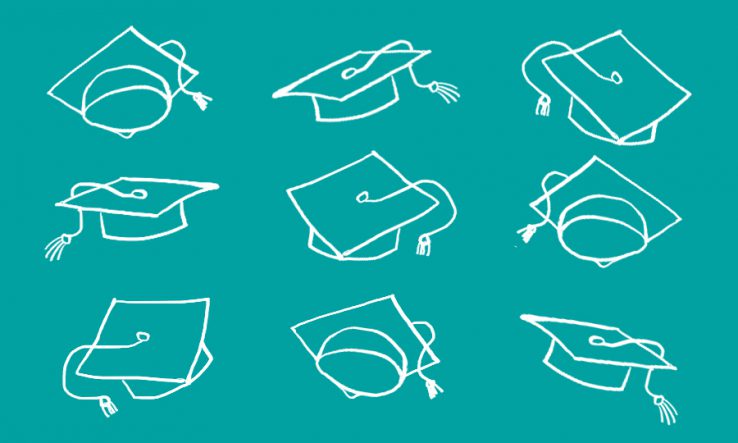 This week’s government announcement of plans to bring students home for Christmas follows a litany of failures in dealing with student movements during Covid-19.

The aftermath of the summer’s exams fiasco not only gave students an uncertain start to their planned university courses, apprenticeships and post-school careers, but resulted in a sharp increase in student numbers that no university was able to anticipate or adequately plan for.

The government’s decision, following days of chaos, to award students the grades they were given by their teachers was the right one, but it saw grades increase, with more students getting into the university of their choice. The delay in arriving at this decision, and the confusion leading up to it, made it impossible for students or universities to plan properly.

This was a direct result of this government’s incompetence, stubbornness, and refusal to listen to constructive advice from educators and experts.

Then, in the autumn, we saw almost two million students move around the UK away from their families into halls of residence and houses of multiple occupation.

The government’s failure to get a grip on Test and Trace meant this mass movement of young people occurred without a reliable, fast and accessible system of testing, tracing and isolating. The outcome was predictable and predicted, and many university campuses saw a sharp increase in the large number of coronavirus cases.

As well as failing to plan for the spread of the virus, the government failed to plan for the impact it would have on those who were affected—from the students required to self-isolate in halls of residence to members of the local community worried about coronavirus in their area.

While the government claims to be committed to supporting students throughout the pandemic, the reality is that its commitment to students is as fictitious as its policies.

The education secretary, Gavin Williamson, repeatedly refers to £256 million to support students “facing real hardship”. But not a penny of this is new money. It is simply a re-announcement of the student premium that was already in place before the pandemic. If you want a measure of the government’s “unwavering” support for students, you can see it in the fact that student premium funding was actually cut this year.

The second pot of money to support disadvantaged students is £100 million, which was “made available to universities to ensure that youngsters have digital access”. Ensuring that pupils can learn remotely is more important than ever. But once again the truth is somewhat different from Williamson’s rhetoric.

The £100 million he referred to is overwhelmingly available to schools, as well as to children in care and care leavers. Yet the Department for Education could not even tell me how many care leavers in university had benefited from this funding.

The impact of the pandemic and of subsequent enforced periods of isolation on students’ mental health and wellbeing must also be addressed. Even before the pandemic the number of students reporting a mental health condition was increasing sharply. Having to sit exams and move to new places while dealing with the implications of coronavirus has only increased the stress and worry many feel.

Back in April, the National Union of Students revealed that half of students had seen the income of someone who supported them fall because of coronavirus, and three quarters expected to struggle financially in the months ahead. Students cannot rely on Universal Credit to support themselves and they tend to have worked in the kinds of hospitality jobs particularly badly hit by the crisis. These are all things the government would have known, but has repeatedly failed to accommodate.

Students are now facing huge challenges: struggling to pay bills, worrying about how they’ll pay rent and trying to figure out how to put food on the table. This can only add to the huge stress caused to them by coronavirus, and by the government’s incompetent handling of the crisis.

Across the country, many have found themselves away from home for the first time, and instead of the opportunities they had hoped for are self-isolating in halls of residence with virtual strangers, worrying about families that are miles away from them. This is a toxic situation and I am deeply concerned for those who find themselves adrift in it.

Now, questions have also been raised about the effectiveness of the government’s plans for students to return home at Christmas, and the reliability—particularly for asymptomatic carriers—of the lateral flow tests being used to identify those with the virus.

Over recent months the government has had no way of tracking students leaving their courses in real time, no plan for supporting their wellbeing throughout the pandemic, and has repeatedly failed to provide clarity and leadership when young people and their families need it most. A generation of young people who were promised great opportunities has been abandoned by a government that has chosen to hide behind the “autonomy” of universities and to shamelessly repeat offers of the same bogus sums of money.