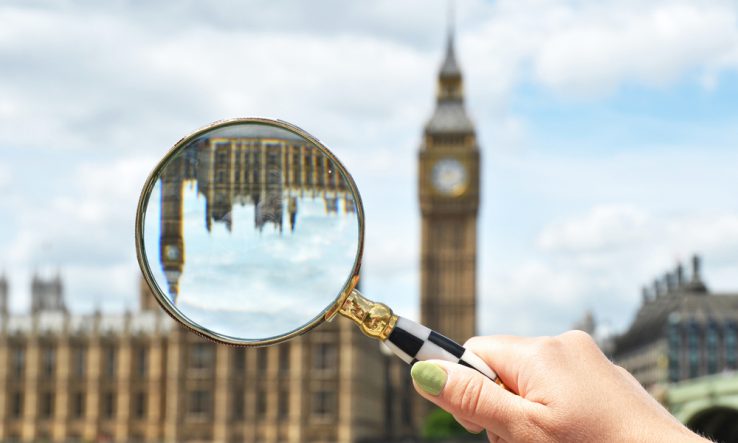 The government reshuffle last week surprised many with the depth of changes around higher education and science. Now that the dust has partly settled, here are six takeaways for what it means—one for every thousand pounds of undergraduate tuition fees that universities will be able to charge once the government responds to Augar. (That’s a joke, not a prediction. Don’t shout in panic to finance colleagues—yet.)

First, there’s been a lot of commentary about the splitting-up of the higher education portfolio. Science now sits entirely within the Department for Business, Energy and Industrial Strategy, under a different (and more junior) minister from the universities minister in the Department for Education.

Many see this as a weakness because it means that there won’t be one minister looking at the entirety of higher education’s output. But to my mind, the real significance is why this split was made.

Previously, the government employed a ‘good cop, bad cop’ strategy within the Department for Education as regards universities. Education secretary Gavin Williamson muttered about all the things that had to change, while universities minister Chris Skidmore came along and offered soothing reassurances that it would be OK. But given that the junior minister is always going to spend more time engaging with higher education than a secretary of state, this strategy had its limitations.

Now, I expect the government to double down on this approach. Splitting off the favoured topic of science and research means that BEIS can promote this element of what universities do, while universities minister Michelle Donelan and the Department for Education can range more freely—and potentially critically—over the areas of teaching, funding and all other more politically salient areas of university activity.

What might the ‘bad cop’ approach be? My second takeaway is that there remains a longstanding irritation among many Tory MPs and policymakers around what we can term ‘culture war’ issues in higher education.

These include the banning of speakers from campuses, the monoculture of the academy and aggressive campus activism—issues that are often brought up spontaneously by people in and around government when discussing higher education, often combined with feelings (and a manifesto commitment) concerning the need to address low-value courses. It isn’t enough, frankly, for universities to roll their eyes and explain that these aren’t issues. A newly emboldened government thinks they are—and sees political upsides to addressing them.

Third, it therefore matters who the new ministers are. Previous ministers—Skidmore, Jo Johnson, Sam Gyimah and David Willetts—all had a background or interest in higher education policy, and enjoyed the discipline of higher education and learning about it. Neither Donelan nor science minister Amanda Solloway has much history with or particular predilection towards higher education.

This doesn’t necessarily matter—lots of junior ministers know nothing about their role before being appointed. But Solloway is a new MP with her first job in the most junior of ministerial ranks (and science has now gone from ‘attending cabinet’ to ‘most junior rung of the ladder’ in just a couple of years), while Donelan has just been given a big promotion to ministerial level. Temperamentally, it is hard to see them wanting to be courageous and pushing back against government policy in defence of higher education. They are more likely to take direction and be implementers. The energy, drive and political strategy is likely to come from elsewhere—and that means Number 10.

When we say Number 10, do we just mean the prime minister’s adviser Dominic Cummings? Actually, no. The most dramatic element of the reshuffle, and my fourth takeaway, is the appointment of economist and academic Alison Wolf to the Number 10 policy unit. Although her brief formally covers further education and skills, she will clearly have a remit to range far and wide over all elements of tertiary education. She has been handpicked for that role and she has no incentive—nor the character—to sit quietly and passively agree with wider decisions. She will be a decision-maker, be in no doubt about that.

Nice to see you again, Augar

The fifth and sixth takeaways are that we are in a world not so much of ‘Augar RIP’ as ‘Augar, nice to see you again’. Although the Tory manifesto was silent on exactly what the government might do here, the assembly of personnel in the Department for Education, BEIS and Number 10 suggests strongly that the spending review will give a response and announce potentially large-scale changes.

As a consequence of Augar-driven reforms, it is likely that some element of numbers control will come back into higher education. I can see an alignment of interests across government that makes this possible: the Department for Education wanting to promote higher-level technical education; backbench Tory MPs wanting more support for further education colleges across the midlands and the north; the Treasury wanting to keep control of the cost base in the medium term; Wolf being a long-time advocate for this system; and Cummings wanting to see a (smaller) ‘world-class elite’ system, heavily science-based, and being relaxed about an overall shrinking of numbers to pay for it.

Although it may not have felt like it, higher education has been somewhat sheltered from rigorous inspection by the government over the past couple of years. That could well be about to change.

Jonathan Simons is a director and head of the education practice at the public policy consultancy Public First.