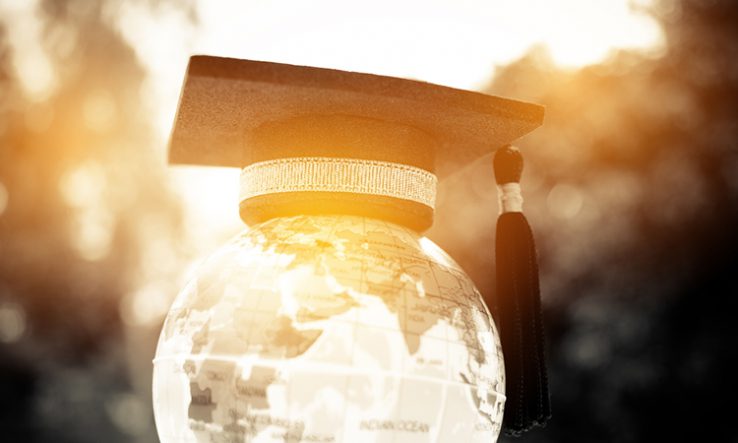 Part of the package of measures announced this week by the government to help protect universities from the impacts of Covid-19 was the creation of a research sustainability task force. It has a vital mission.

Back in 2017, the Higher Education Policy Institute sounded the alarm that UK research could not continue to rely on cross-funding from teaching income, particularly from international students. With Covid-19 putting international student recruitment at risk, especially for new arrivals this September, the loss of capacity to cross-subsidise research is now a real threat, not a mere policy curiosity.

Recent analysis from the Office for Budget Responsibility suggested that while universities may not suffer in terms of income lost until September, they would be the sector hardest hit by the coronavirus crisis.

Data from the OECD show that the UK is the second most popular destination in the world for international students, and the economic benefit of international students to the UK economy has been estimated by London Economics to be £22.6 billion over the duration of their studies, with Sheffield Central being one of the top regional beneficiaries.

This success is due to the UK’s excellent reputation in an intensely competitive international market. As data from Universities UK International show, Australia, Canada, the UK and the United States have around 40 per cent of the international student market.

It is a national success story, but one that has permitted a critical dependency to be created.

A recent estimate suggests that research in the UK is underfunded against its true cost by as much as £4.3bn. The continued freeze on regulated fees, the underfunding of science, technology, engineering and maths undergraduate education and the demographic downturn in home student numbers have meant that for many universities—particularly those with sizeable STEM provision to fund—the only way to sustain high-quality research (and the associated postgraduate training) has been through growing the number of international students.

The alternative would have been to drop underfunded research activity, which would have run counter to institutions’ missions and threatened their reputations. This would not have been in the national interest.

The main stability risk to UK higher education from Covid-19 is therefore not that home students might defer or go to their local institution; it is that many international students will not turn up and that their absence will put the UK’s research capacity and capability in danger. The stability of our universities depends at least as much on their ability to attract international students as on their ability to recruit home undergraduate students, which is the prime target of the government’s stabilising measures.

Because research matters, the government has stated a strategic ambition to increase the UK’s R&D spending to 2.4 per cent of GDP by 2027. The likely loss of international students means this is now under substantial threat.

To study in the UK, international students must first show proficiency in English, but the testing centres are closed. They need to be able to travel, but domestic and international travel restrictions prevent that. They need a visa, but that is more difficult in lockdown and without certainty. And above all, young people need to retain the appetite and willingness to travel thousands of miles away from home to study, even after witnessing the worst effects of the coronavirus crisis.

To ensure we get access to international students and the economic and cultural advantages that they bring, the reputation of UK higher education needs to be protected. This is not a time to be highlighting domestic initiatives based on tackling perceived problems in universities. Instead, the government needs to celebrate, visibly and unreservedly, what was hitherto one of the most successful and well-regarded sectors of the UK economy.

The message must be that the UK is open and welcoming for international students, and that they will receive an outstanding education if they decide to enrol here. This message must be underpinned by an attractive and welcoming immigration environment—one that has a competitive visa offer and access to our labour markets.

We need the Home Office to allow international students to apply for Tier 4 visas for academic study in September, potentially starting their course online and then moving to the UK as soon as travel bans are lifted. It is vital that the new system described in the immigration bill lands well. The government needs to confirm the proposed graduate route that is expected to launch in summer 2021.

But even all that may, unfortunately, not be enough to bring international students to the UK this September.

If the government fails to act, either because the impact is seen to be ‘down the line’ or because it thinks it can bail out particular universities with liquidity problems when they hit trouble, it will be allowing the degradation of the UK research base, particularly in high-cost STEM provision, and the loss of postgraduate provision at scale. This loss will not be recovered easily, given the research brain drain that would follow as talent is attracted overseas.

To maintain the UK’s research excellence and capacity, as well as the training of research students and the pipeline into research from postgraduate taught courses, the government should reduce the underfunding of research by increasing quality-related funding, as suggested by Universities UK, or by some other acceptable mechanism.

With no cross-subsidy from international fees next year, government grants for research will somehow need to cover full economic costs. This has been promised before, but commitments to move towards full economic costing have always broken down. Instead, we have seen a proliferation of practices that drive down research cost recovery, such as ever-increasing match-funding requirements.

To secure the long-term future of research in the UK’s universities, the short-term stabilisation measures so far announced will have to be followed by sustainable funding arrangements that either have no need for cross-subsidy or include suitable underwriting of riskier subsidising income streams.

Whichever funding route is chosen, a support package targeting high-quality research could be seen to benefit a small group of universities unfairly. But to be effective, research funding must be quality-related and allocated on a peer-reviewed, competitive basis (either directly or through the Research Excellence Framework). If the objective is to protect world-class research, it needs to be selective.

Others may object to the government ‘bailing out’ higher education. However, covering the full economic cost of research would not be a bailout; it would be addressing a long-standing structural vulnerability of the UK’s research system. To cover the expected shortfall in international student fee income, universities will still have to adjust their activities, and many are already reducing costs through controls on procurement, delaying capital projects and freezing staff recruitment. Protecting the nation’s research capacity and capability is not the whole story and universities will have to adapt and reform to new realities.

It can be argued that this crisis is for each university to respond to as it can and that any intervention should be on a case-by-case basis, not based on national solutions. This would be to choose to watch the loss of cross-subsidy degrade the UK research base. The risk to the cross-subsidy of research is a national problem and not one of universities’ making.

If international fee income is lost at any scale in 2020-21 then action will be needed to protect the nation’s research assets. That is surely in the national interest and would allow university research and innovation to support the UK’s economic recovery following the crisis.

Koen Lamberts is vice-chancellor and Tony Strike is university secretary of the University of Sheffield.