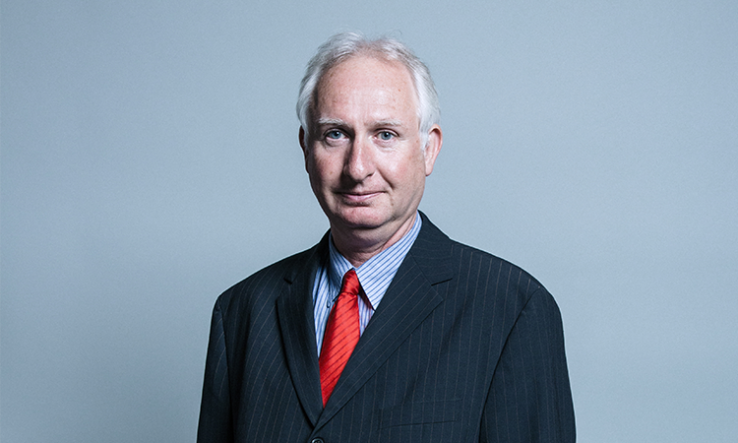 Support for universities after Covid-19 must be led by government—not the market, says Daniel Zeichner

Not much is clear yet about the Covid-19 crisis, but what has become gradually apparent to me is that—whatever the subject or sector—commentators almost always conclude that it has reinforced their pre-existing views.

Those who were predisposed to think that we were all heading to hell in a handcart have been able to nod their heads wisely and say they told us so. For Keynesian economists, the delicious irony of colossal government intervention—by a Conservative government of all things—has been manna from heaven. And for free-market fundamentalists, the answer is, obviously, more market freedoms.

So I was not surprised when I heard universities minister Michelle Donelan telling vice-chancellors that of course the government would not be intervening—that such a move would be quite wrong because as independent institutions it was for them to decide what to do. And if students had the temerity to question what exactly they would be paying £9,250 for next year, well, the answer was clearly for universities to do what they should have done all along and compete properly. After all, they were not obliged to charge the maximum fee. Let the market sort it out.

At which point my mind wandered, perhaps unkindly, to the extraordinarily wide powers granted to the Office for Students to punish universities that do exactly that. Some contradiction, I thought.

And then I remembered that the higher education system, like so many others, is riven with contradictions, which have accumulated over time and are largely glossed over. It also made me feel considerable sympathy for those charged with trying to make such systems work—and for the unsuspecting student trying to work out what is going on.

A force for good

But perhaps this is also an opportunity to shine a light on some of those contradictions, and maybe even to think afresh about what we are trying to do, to understand some of the trade-offs and ultimately to make some better decisions.

The All-Party Parliamentary Group for Universities, which I chair, serves as a channel of communication between university leaders and parliamentarians, helping the latter to understand the complexities of the higher education system and facilitating discussion on how best to support and improve it.

As a society, we expect a great deal from our higher education system. For the traditional student, it still provides a vital transition into adulthood. We also expect it to educate and provide skills. Many of us believe that the knowledge and understanding gained through higher education helps people become better citizens who are better able to participate in wider societal choices and decisions.

Some of us have seen for ourselves that it can be an agent for social mobility, and we want it to continue to be so. It can give people the skills, understanding and confidence to participate with joy in the full range of scientific knowledge, arts and culture that so many previous generations have bequeathed. As institutions, universities play a crucial role in local communities and are increasingly drivers of local economies.

They are also central to research and innovation and, particularly in science, operate in a free-flowing global community that has helped break down many barriers. They provide the opportunity for academic thinking and reflection, which is unlikely to be available in a cut-and-thrust commercial environment, and in such oases they nurture breakthrough discoveries that can be truly transformative. I could go on, and you can make your own list, but for me universities are a genuine force for good and are a vital part of a civilised society.

Not everyone would agree with all of this, and we need to make the case to a wider society that too often only sees negative headlines. But even if many will agree with most of it, we are a long way from agreement on who should pay for it, and how. And with a financial crisis looming for many institutions, lack of clarity of purpose becomes a serious problem.

Arguments over undergraduate funding and support are hardly new and remain unresolved. But the extraordinary reliance on fees from international students, and the emerging awareness that crucial research is funded through complicated systems of cross-subsidy, has shone a light on long-standing weaknesses.

It is these difficulties that have made the case for government assistance so tricky. The package put together by Universities UK was carefully crafted. An attempt to appeal to the government by giving high priority to the research ask seemed odd to some, but it was clearly a direct attempt to meet the stated objectives of government.

The suggestion of capped numbers was a hopeful attempt to show that higher education might be able to stick together and resolve problems without institutions turning on one another. And the urgency was prompted not only by pressing need but also, one suspects, by encouragement from some in government to make such a pitch.

The stony rejection says as much about dynamics within government as it does about the ideas tabled, although the quick follow-up from some within higher education on public sector skills development showed the challenge of pitching proposals on behalf of a very diverse set of institutions.

As the weeks pass and unity within higher education understandably frays, the very limited response from the government does not bode well, although one hopes that the government recognises that any institutional failure would cause wider damage to the local community and undermine the economic and social recovery of the UK after Covid-19.

If that is how it looks from the point of view of institutions, pity the staff and students—current and future. With employment already all too often precarious, many are left wondering about their futures.

For those hoping to go to university this year, the prospect, as some see it, of taking on plenty of debt in return for staying at home and staring at Zoom calls will be profoundly unattractive. The temptation to defer is obvious, with all the attendant problems that could cause institutions over a number of years.

For those in their final undergraduate year, many will feel short-changed and increasingly anxious about the transition into what they hoped might follow. Much less attention is paid to postgraduates and researchers, but the complexity of their arrangements poses multiple challenges, compounded by uncertainty around funding streams in the uncharted post-Brexit world. With visa and immigration issues still unclear, even the basic ability to stay here and continue working is by no means assured.

All of which leads me to conclude that the leave-it-to-the-market approach is profoundly unhelpful. This is no surprise, because—guess what—that confirms my pre-existing view. But I believe it is unhelpful, because while I concede it could be made to work, the damage and the cost in both personal and financial terms vastly exceed the benefit.

Race to the bottom

Yes, institutions could compete to attract students with low-cost offers for next year. A cut-price offer may be some recompense for a much more limited experience and might smooth numbers. But once that race to the bottom begins, everyone else has to follow, with all the unwanted consequences in diminished resources, inevitable job cuts and pressure to do more with less. How much more sensible it would be to have a rational, coordinated response.

How would that be achieved? I would say it needs leadership and, while higher education can do so much, I believe the lead has to come from government.

Whatever one thinks universities are for, no-one can deny their huge importance to local communities and economies. The Sheffield example is frequently cited—a city once driven by steel is now powered by universities. David Sainsbury, in his recent work Windows of Opportunity, identifies the way successful countries have aligned their main assets with moments of change and opportunity.

The term ‘world-beating’ is frequently bandied around inappropriately by the prime minister, but universities, research and innovation are things we are genuinely good at. Identify the opportunity, align correctly, and success may follow. That is perhaps an optimistic gloss on a challenging situation; there are no guarantees. But we are much more likely to succeed if we have a clearer idea of the goal, and of why we are aiming for it.

Daniel Zeichner is Labour MP for Cambridge and chair of the All-Party Parliamentary Group for Universities. He is writing in a personal capacity.