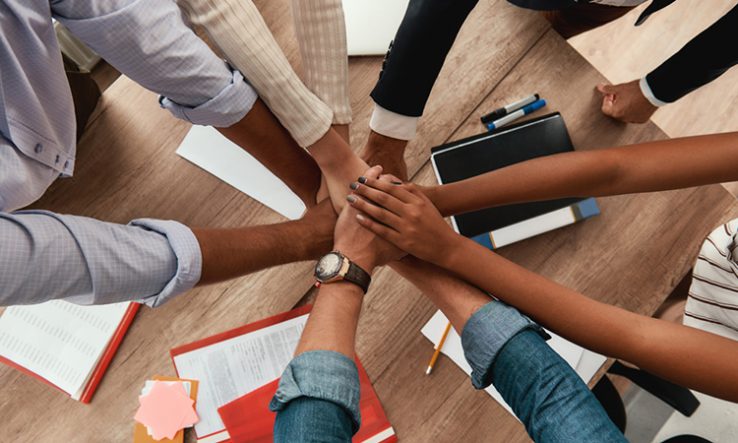 In recent weeks, the UK government has introduced a substantial support package for businesses with a view to minimising the economic impacts of the coronavirus. Support for universities, which are also facing severe difficulties and uncertainties from Covid-19, has been slower to emerge.

The effects on universities are a consequence not just of the pandemic itself, and its progress through the population, but also of the uncertainties around potential student behaviour.

We know the lockdown and business uncertainties will have a negative effect on the economy, both in the UK and worldwide, and an economic downturn normally results in increased demand for higher education places, because the opportunity costs of studying when the employment market is not buoyant are lower. This economic downturn will affect both school leavers and graduates.

But Covid-19 also creates substantial uncertainties, including about whether universities can operate as normal in September, when they can fully reopen and whether there will be domestic and international travel restrictions. These uncertainties could have a negative impact on students’ desire to take up a place at university in September as they will be reluctant to pay full fees for what could be an online experience.

Results of a survey published last week suggest that 17 per cent more prospective students than in normal years will decide against enrolling in higher education this September if universities are not operating as usual.

A comprehensive report by London Economics produced for the University and College Union in April suggests that UK universities are likely to see a £2.47 billion reduction in tuition fee and grant income, comprising £612 million from reductions in home students, £350m from reductions in European Union students and £1.51bn from reductions in international (non-EU) students.

Universities will not all be affected equally: the report suggests that the pre-1992 universities will be hardest hit because of their reliance on the international market. This in turn could affect their capacity to undertake world-leading research—some of it addressing coronavirus-related issues.

This is a significant hit for higher education, especially when some universities are already carrying substantial debt. Many have net cash inflow from operating activities of less than 5 per cent as a proportion of total income, suggesting that they were facing financial challenges even without Covid-19.

But the hit will not just be to universities. The London Economics report suggests that the drop in universities’ income could result in more than 30,000 job losses in higher education and another 30,000 in the wider economy, and these effects could vary by region. Supporting universities is therefore important for everyone.

The package of support recently announced by the government aims to bring some stability to admissions and finances in UK universities but offers no new money and simply brings forward existing income streams. While the measures alleviate some immediate cash-flow issues and ensure some short-term stability, it is unlikely that they will be sufficient to save the long-term position of those universities that were in the most precarious financial situations before the pandemic.

There may therefore need to be a radical restructuring of higher education following the pandemic, with financially weak institutions encouraged to merge with more financially sustainable ones. Indeed, the Universities UK bailout request included a transformation fund to support universities in consolidating.

Such consolidation could include mergers with other universities, with further education colleges or with private providers. Specialisation might also accompany a restructure; an article in The Sunday Times suggested that as many as 30 universities could lose their capacity to undertake research and become teaching-focused as part of any reorganisation.

The reason mergers are seen as a possible solution for struggling universities is that the consolidation of two or more organisations can lead to cost savings. These might arise through economies of scale, whereby cost per unit of output falls as output rises, or economies of scope, whereby the total cost of producing two or more outputs together is lower than the total cost of producing them separately. Mergers between universities might aim to achieve economies of both scale and scope, especially if the merger partners each have different specialisms.

Mergers may also take place across sectors, such as between a further education college and a university. Some universities work very closely with feeder colleges in terms of their student recruitment and it might therefore make sense to consolidate in such circumstances.

However, evidence from UK higher education is not particularly supportive of merging as a solution for failing institutions. Estimates of empirical cost functions for universities suggest that economies of scale and scope are largely exhausted for average-sized universities in England. So while there might be some gains from merging for smaller institutions, mergers are unlikely to deliver large cost savings.

In terms of efficiency gains, evidence is superficially more optimistic in that there does appear to be a positive gain in efficiency, on average, following a merger. But the gain seems to be only in the first couple of years, disappearing thereafter.

Evidence about mergers as a solution to financial problems in further education is similarly disappointing. A recent study suggests that further education mergers have had, on average, no significant effect on measures such as profit margin, staff cost, income, interest, debt and student success rates.

Given that mergers are also known to be problematic in terms of disruption and psychological costs, and that they can lower competitive pressures and reduce diversity and choice for students, they should not be seen as a panacea for higher education in the Covid-19 crisis.

Jill Johnes is professor of production economics and dean of the business school at the University of Huddersfield.