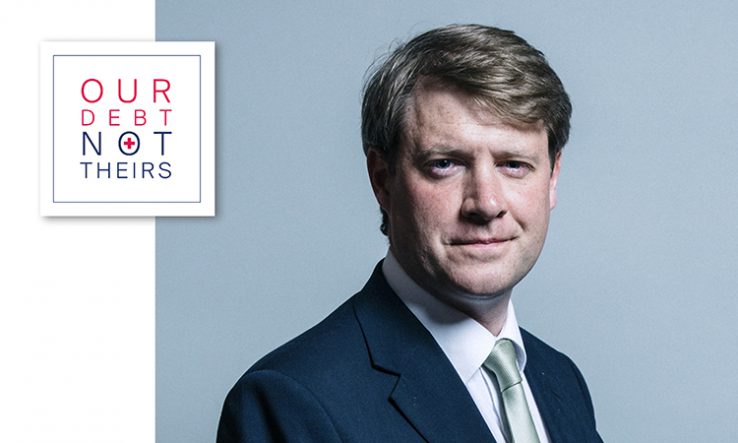 As one of the few former ministers who has served both as universities minister and health minister, I fully appreciate the importance of education, training and continuous professional development to the NHS. My mother was first a nurse, a ward sister at the Bristol Royal Infirmary, then a nurse tutor at the University of the West of England, so I’ve grown up knowing the importance of our regional, modern universities in providing the vocational training needed for local healthcare systems, and much more besides.

It is worth remembering that it is they who will help lead the economic recovery from the Covid-19 crisis, since we will need a renewal in training programmes—agile courses that allow for individuals to reskill and upskill, according to their needs and the changing needs of the workforce that will emerge in the 2020s. This will require our further and higher education systems to integrate in ways they have already begun to do, but pathways between the two can only be created if both are strengthened.

As universities minister, I visited around 60 universities in a year as part of my pledge to get out of Whitehall and see exactly what a modern university landscape looked like. What I saw were institutions that had adapted to provide the skills to meet their local economies—local industrial strategies that had been developed long before Greg Clark’s work after becoming secretary of state at the Department for Business, Energy and Industrial Strategy in 2016.

In particular, I was struck by the commitment of institutions to partner with their local trusts to combat vacancy issues, and of the passion of students—many of whom are the first in their families to go to university, and whom are often from deprived backgrounds—to study for a degree, whether in medicine, nursing, social care or allied healthcare subjects, so that they could return to serve their local communities. I don’t think this is talked about anywhere near enough—how the National Health Service itself is an engine of social mobility—and it needs our modern universities to help young people fulfil their ambitions within it.

When I became health minister last July, I had the chance to see how important that training was. Not just for supplying the NHS with new entrants, but in providing the courses needed for continuous professional development. I may have been the shortest serving health minister, but what I am proud of is that the seven weeks I was in place coincided with prime minister Boris Johnson’s determination to increase investment in the NHS.

As a result, I was able to argue that we needed to both uplift Health Education England’s budget—which had been left out of the previous settlement that year—to 3.4 per cent, and also to announce a new package of £200 million for CPD, helping to rectify previous cuts to this vital budget. I saw, too, how much of a problem retention is for the NHS, and while it is getting better, around 12 per cent of staff are still leaving each year, and there are large regional variations that cause problems for trusts. The only way to increase the number of nurses overall in the NHS, even if we increase new entrants and the funding for that, is to retain existing staff.

Much like a bath, it doesn’t matter how fast the taps are running: if the plug has been pulled out, it will continue to drain. Retention is a key part of the NHS People Plan, yet we still need to find new policies that can help keep staff in the NHS.

Nursing back to health

The removal of the NHS nursing bursary several years ago came after a call from the profession that not all those obtaining a nursing degree were going on to continue their careers as nurses. There was also a significant issue with retention in nursing students even while studying on their courses.

Data from 2017 demonstrated that out of 58 of 74 UK universities, some 16,544 students started their courses, yet of those due to finish, more than 4,000 had suspended their study—an attrition rate of 25 per cent, unchanged since 2010. In more than 10 universities this was over 30 per cent, and one institution had an attrition rate of 50 per cent. Clearly, this was unsustainable.

The government has now announced a policy I was working on last summer—the £5,000 grant for nursing students, which will help with some of the living costs that cause the financial pressures that lead to many leaving their studies.

The government has committed to increasing the number of nurses by 50,000 over the next five years. To achieve this, I believe we will need to go further, which is why we should be considering how student finance repayments can act as an incentive for nursing and healthcare students to stay in their chosen profession.

The importance of key workers to our society is clearer now than ever—whatever the slightly faded LEO dataset and its pre-Covid methodologies might report. We need them and value and respect their amazing work. We will always be in their debt.

However, many, through no fault of their own apart from choosing a vocation that doesn’t pay a big salary, are also in debt due to their student loan—and even if they aren’t paying it back, it hangs over them. Much better, surely, if we know that certain key workers are not going to pay back their student loans due to their chosen careers, that the government pays this upfront cost for them, which after the Office for National Statistics altered how student loans are accounted for reduces its own deficit figures.

The key worker student grant, which could cover both nurses, social care, those healthcare professions which do not allow for easy repayment of a student loan—perhaps identified by LEO, helping to give the dataset a purpose in public policy—might also help reinvigorate retention rates in these professions. The signal that nursing leads to a rewarding career without worrying about your student debt evidently would have a strong appeal.

Clearly, we would need to ensure that no one is able to take advantage of a key worker grant to study for a degree, which they would benefit from, without giving back to the NHS and our healthcare system. One way to deal with this issue would be to make debt non-repayment conditional on remaining in the NHS, like a mortgage, whose term might reduce the longer someone continued in their profession, perhaps with any notional debt being automatically cancelled after 10 or 15 years. The key worker grant can only be dependent on actually becoming a key worker, and how that detail and its devil is measured can be fine-tuned.

The key point is that key workers have arrived on the public policy stage. The public expects they will be rewarded for their efforts in spearheading the nation’s response to the pandemic. The public knows they are in their debt—let’s ensure the next generation of key workers, inspired to serve by today’s crisis, have the opportunity to do so, not worrying about theirs.

Chris Skidmore MP is a former universities and science minister, and a former health minister.

Research Professional News’ campaign, Our Debt Not Theirs, urges the government to forgive the tuition fee debt of nursing and healthcare students. Read more about the campaign online and show your support on Twitter at #OurDebtNotTheirs.