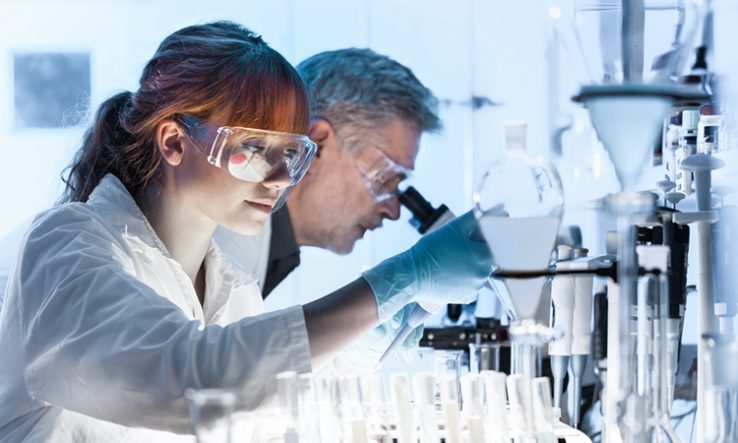 The article on the state of organic chemistry by Tomas Hudlicky, published for a few hours last week on Angewandte Chemie’s website, has caused widespread outrage. Its attack on groups of under-represented people in chemistry, garnered disapproval for the text, its author and the journal that published it.

While I share the criticisms, I think it’s time to extend the debate. We need to understand the impact that views such as those in the article, have on both minority groups in science and on the scientific community in general.

When I read the proof, it felt like a massive kick in the teeth. It brought many I know to tears.

When I first started my PhD, people regularly asked me about being a ‘woman in science’. The term used to really annoy me—I’d never seen myself as a ‘woman in science’. I would think ‘I am a scientist. My gender is irrelevant’. Sadly, although luckily for me not from personal experience but as an onlooker, I have come to see, during my PhD, that often, for many ‘women in science’ their gender is relevant; it makes life much harder.

There are the everyday micro-aggressions, such as female researchers being told their successes are due to their ‘soft’ skills or appearance rather than their academic rigour. Then there are bigger issues of bullying, or verbal or sexual harassment that are known by many but in which the perpetrator continues happily down their academic career, while the young researcher they intimidated leaves to find a new profession.

Then there are the systematic problems of balancing short-term contracts with raising a family that leave many women either wanting to leave research or playing catch up to their male counterparts. I challenge readers to find many female scientists who wouldn’t recognise, either personally or through colleagues, one of these incidents.

Reading an article in a respected scientific journal that dismisses and diminishes these experiences made my stomach turn.

The article did not stop at women however; it turned on young researchers in general, stating ‘students are unwilling to submit to any level of hard work demanded by professors’.

Any PhD student will tell you that hard work is the only way to your doctorate. According to the Nature PhD Survey 2019, a worldwide survey of PhD students, 25 per cent of students spend between 51 and 60 hours a week on their project. Often funded by stipends, we are not higher earners. Being told by a peer-reviewed article that we don’t work hard is demoralising in the extreme. Poor morale does not help good research.

The value of diversity

Part of the irony in the original article, which considered diversity and inclusion initiatives to be ‘discrimination against the most meritorious candidates’, was that it completely missed the most basic academic point about why diversity in science is important.

Any rational scientist can tell you that if large groups are excluded from a job, for example by unconscious bias or outdated and immobile working practices, then the recruitment talent pool is limited. By being inclusive to all demographics, you give yourself the widest pool, from which to pick only the most talented candidates.

Hudlicky’s article mistakes white male privilege for merit or talent. Raw talent has nothing to do with demographic and people with different experiences bring new ways of thinking and new way of solving problems.

When diversity and inclusion are not taken seriously, then our capacity as scientists to generate knowledge that serves the world, is reduced. Sometimes—and especially now—this has profound consequences.

Even in organic chemistry, it is hard to predict where someone’s career will take them. It is not impossible that a person with a PhD in chemistry might work up the ranks to a professorship and gain an interest in policy along the way. They might branch out and work for a funder, or as a government adviser. An interest in pharmaceuticals may one day lead to a senior role in public health. Their work, naturally influenced by their background and experiences, may affect the lives of millions of people.

We are now living through a global pandemic in which black people are more likely to die than white people. Black lives matter. As a science community it is our duty to hear that fact and step up the research we do so that in the future the science we draw on benefits everyone equally. That starts at home, by ensuring that from undergraduate to the most senior levels, our community looks like the world we serve. That’s why diversity matters.

Encouragingly, the overwhelming outcry against the Angewandte Chemie article has shown the strength of feeling in the chemistry community against outdated and harmful views. Coincidentally, the article was published at a time when the science community as a whole was discussing more frankly than ever the importance of diversity and what more must be done, in response to and support of the Black Lives Matter movement.

While I am in no doubt that Hudlicky’s views are not uniquely held, they have been dwarfed this week by those standing up for inclusivity and for groups whose voice is not often heard. The article was quick to condemn activities supporting women in chemistry but even quicker and clearer heard were the voices of both women and men in condemning those views.

On Wednesday, in my community, physics, groups across the UK, led by the Institute of Physics, suspended their research activities and devoted the day to discussing barriers to career progress that exist for black and BAME physicists. Across social media, including via #ShutdownSTEM, a huge discussion has opened about the reality for under-represented minorities in science.

It is becoming clearer to leaders in research who the champions of diversity and inclusion really are. As early career researchers, we know that diversity in science generates the best research, but we are the least able to effect change. It is now more important than ever that leaders promote researchers who champion underrepresented scientists. This is the way to change the face of research and in doing so strengthen research.