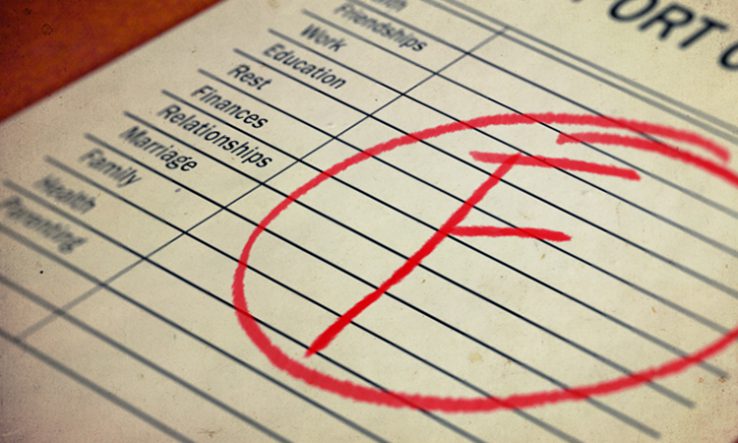 The rapid changes of the past year show no signs of slowing, says Diana Beech

Twelve months ago this week, Theresa May was in her final days as prime minister, Jeremy Corbyn was leader of the Labour Party and Brexit was still planned for 31 October.

None of us had any idea we’d be facing a general election in December, a further three-month extension to the UK’s departure from the European Union or the torrent of change that would befall the brief of universities minister.

This time last year, Chris Skidmore was still in his first term as universities and science minister and had recently taken on the role of interim minister for energy and clean growth. As his higher education adviser at the time, I’d suddenly found myself thinking about what the net zero target and Sustainable Development Goals meant for universities, in addition to the ‘big ticket’ issue of the Augar review, which had been published a few weeks earlier.

But Skidmore would be displaced to the health department by one of his predecessors (none other than Jo Johnson, brother of the new prime minister). Johnson’s return to the brief would be just that—brief—and after resigning because of “unresolvable tension”, he was succeeded by Skidmore.

By the end of the year, many of the faces that had become familiar to universities had vanished from Westminster altogether. Some, like Johnson, Justine Greening (former education secretary) and Roberta Blackman-Woods (former chair of the All-Party Parliamentary Group for Universities) had called time on their parliamentary careers, while others, like Sam Gyimah (former universities minister) and Gordon Marsden (former shadow higher education minister), had fallen victim to the frosty winter election and the nation’s seeming desire to “get Brexit done”.

Although 2020 began with a majority government—the first in the UK for a decade—things were still far from settled. Rumours were rife that a major cabinet reshuffle was on its way—intended to send a clear signal to newly won voters in the dented ‘Red Wall’ that the Johnson government was committed to delivering on its pledges.

The promised ‘Valentine’s Day massacre’ came a day early for Skidmore, who found himself among the first to be told his ministerial services were no longer needed. The Tudor historian fittingly bowed out of government as the last in a long line of universities and science ministers who had held the brief across the two departments.

Yet as sure as one era ends, another begins. By the end of February, we were getting used to a ministerial double act—and an all-female one at that. In the Department for Education, Michelle Donelan took on responsibility for higher education, while Amanda Solloway was given the science portfolio at the Department for Business, Energy and Industrial Strategy. The appointments were significant for not being Oxbridge-educated men and, in Solloway’s case, not being university-educated at all.

With them came a fresh government push for science, and the spring budget was packed with encouraging commitments to increase R&D spending and make provisions for a high-risk, high-reward research agency: the UK Arpa.

But all big ideas were soon put on hold as the severity of the coronavirus outbreak became clear and the whole nation went into lockdown.

Even in the best of times, the universities and science briefs are not easy to master. I didn’t envy the incoming ministers having to get up to speed while the world of higher education was being turned upside down. It was not known how and when face-to-face student engagement could resume, research projects were put on hold as laboratories were temporarily shut, and higher education’s core funding model, which relies so heavily on income from international students to subsidise cross-campus operations, was at very real risk of drying up.

In spite of this, over the past four months, universities of all shapes and sizes have spectacularly led the fight against Covid-19. Several UK universities have been at the forefront of the global hunt for a vaccine, while others have been busy making face shields and sanitiser or donating specialist equipment to local hospitals and Covid-19 testing programmes

In my role at the University of Warwick, it’s been truly amazing to watch people just getting on and doing what they know is right—be it opening up facilities to support clinical laboratory work or deploying final-year medical students to support health services locally.

None of these efforts have gone unnoticed, and both Donelan and Solloway have praised students and staff for their resilience and contributions during these unprecedented times. The government has also issued a two-part support package, bringing forward money to ease any immediate financial pressure and pledging to support the university research base UK-wide. This week, it added a “Restructuring Regime” to support institutions at risk of going under.

But let’s not lull ourselves into a false sense of security just yet.

While early government intervention has been appreciated, there are no guarantees that further support will be forthcoming for institutions that find themselves struggling in the months ahead, particularly given the vast number of industries all vying for Treasury support. The Restructuring Regime, designed by the Department for Education, will concern some universities that were already worried by recent government rhetoric about ‘dumbed down’ degrees and suggestions that some students would be better served pursuing further education instead.

As the government clearly values science, we can assume it will do all it can to protect both the income and talent base of the research-intensives, and recent moves such as establishing the Office for Talent, extending the post-study work visa for PhDs and publishing an R&D roadmap are sure signs of its commitment in this area.

Questions nevertheless remain on what the government will do about newer institutions, which might not have the resources and reserves to weather the oncoming storm but that remain anchor institutions in their local communities—creating jobs, attracting investment and producing hugely employable and socially valuable, but not necessarily high-earning, graduates. Depending on location, letting institutions like these fail may not tally with pledges to ‘level up’ the regions. So there are sure to be major turf wars ahead if the government is intent on convincing the electorate that levelling up, in this instance, means siphoning some places off and levelling their opportunities down.

Other battlefields to watch out for could include impending culture wars over free speech, renewed attempts to clamp down on ‘poor quality’ provision, and measures to engineer student choice towards subjects leading directly to a particular job—all of which we could see addressed in the long-awaited response to the Augar review due in the autumn. Then, of course, there’s the end of the UK-EU transition period to come, with questions over the UK’s continued participation in schemes such as Horizon and Erasmus+ still looming large.

The past 12 months have been turbulent for universities, and the political roller-coaster shows no signs of slowing yet. Higher education would do well to brace itself for further challenges and changes ahead.

Diana Beech is head of government affairs at the University of Warwick and a former policy adviser to the last three ministers of state for universities and science.