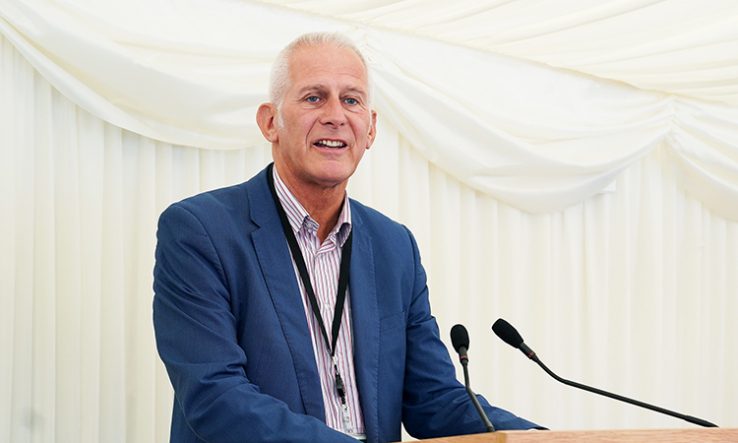 Last week brought yet another education revamp in the form of a shake-up of higher technical education.

Education Secretary Gavin Williamson underlined its urgency, saying “we’ve been training people for the jobs of yesterday instead of the jobs of today and tomorrow”, which is a broad brush but headline-catching—like his speech to the Social Market Foundation last week when he promised the UK a German-style apprenticeship system.

But will this revamp—embedding a suite of new qualifications equivalent to levels 4 and 5 tailored to higher tech—deliver Williamson’s pledge? Will it do the business both for business and for the learners it needs to attract?

Having been a shadow minister covering this area over this past decade with a succession of ministers promising similar transformations that did not deliver, I have to ask, where’s the beef?

Sadly, because of austerity cuts, there is little collective memory left in the Department for Education (DfE) or BEIS, even from 2015-17, to draw on to recall why those previous initiatives failed. Who remembers the 2012 Richards review, with similar claims about “putting employers in the driving seat on apprenticeships”?

Ironically, although ministers have been chastening universities while lauding further education (FE), both areas are now feeling vulnerable. Despite further education being love-bombed by the education secretary and the chancellor, Rishi Sunak, the legacy of £3 billion of cuts in further education funding by governments since 2010 has—despite colleges’ famed reputation for adapting creatively—left deep weaknesses.

Learning providers, covering seven out of 10 of apprenticeship starts, welcome the new attention from government, but worry that with lost jobs and apprenticeships piling up in the pandemic, it may be too late.

Many universities are worried they face a perfect storm of lockdown campus closures, Brexit impacts on student and staff numbers and being potentially boxed out of both the EU’s Erasmus and Horizon research programmes.

Worsening conflict between the UK and China over Hong Kong and Huawei adds further pressures on those heavily dependent on Chinese students, some of whom also feel exposed by their joint research ventures with Huawei.

These new qualifications would enter an already crowded field. Will they detract from the delivery of T Levels? How will they relate to degree apprenticeships, which many universities and large businesses, are already embracing?

We’re told the Institute for Apprenticeships and Technical Education will supervise the process. But has it got the capacity and independence to do so? I’m not doubting its good intentions but having pressed the government to give them more resources, I remain sceptical.

How will the development of these new qualifications be delivered? It’s an open secret that the Education and Skills Funding Agency, the DfE’s delivery arm, was criticised by employers across all sectors, especially the motor industry—I know, since I heard their complaints—for slowness in taking forward the change from frameworks to standards for apprenticeships. Who will recruit and train the trainers for these new technical qualifications?

Similar questions are asked about the roll-out of T levels. So far, answers remain vague. Will they be existing further education college staff, applicants from the provider sector, people recruited from business or industry, or a smorgasbord of the lot?

How will these new proposals help to deliver social mobility? Unintended consequences produce perverse outcomes. We have seen this in the controversies around degree apprenticeships, especially in large company programmes, with claims companies are merely rebadging existing staff skills to soak up the apprenticeship levy rather than reaching out for new learners. What’s to stop this happening with the new suite of qualifications?

Those qualifications need also to prioritise disadvantaged groups. MillionPlus has suggested maintenance grants for levels 4 and 5, while means-tested maintenance support for adult learners at those levels were part of recommendations to the Labour Party last November from the independent Lifelong Learning Commission, which I coordinated.

These new qualifications must work for people of all ages. Already, the pandemic’s economic downturn is leading to a tsunami of job losses. Tens of thousands of people, from their mid 20s right through to their late 50s, will lose those jobs permanently. They will need retraining and reskilling, as will others whose jobs disappear as the pandemic accelerates predicted changes in the world of work through online and digital advances and automation.

Rishi Sunak’s summer statement provided little for those people. It’s not just a lost generation of school leavers and 16 to 24-year-olds we have to worry about, but several thereafter. Thin gruel from governments over the past decade has left us with a million fewer adult learners. How will these qualifications deliver for part-time and work- based students?

For any new initiatives to succeed properly there has to be a far more joined up approach between higher and further education, and having the types of structures that can accumulate and accommodate progression is crucial. But there’s little or nothing in these announcements—or in the speech Williamson gave to the SMF—that addresses this issue.

Nothing has been said either about the need to develop both bespoke shorter qualifications to address rapid changes for people still in work—especially in construction, renewable energy, digital and automation—and longer in-depth higher-level qualifications to give people and their employers generic skills to navigate the rapid changes in jobs and careers likely over the next decade. We will need both types to work.

To succeed as part of a pipeline of progression, any new qualifications must have a clear lead-in from level 2 and 3 apprenticeships. The dramatic decline in Level 2 starts is particularly worrying in key service sectors such as health and social care, and the NHS—all thrown into sharp relief in the pandemic. It is investment in human and digital capital we need most urgently. Without this, ministers’ obsessions about more Institutes of technology are at best a shiny distraction—at worst a sponge on precious resources.

Forces on the ground

Finally, making sure any new initiatives have outcomes demands strong connection with the forces on the ground. Demand is just as key in this as supply.

But was there adequate government consultation on these plans, or input from councils, combined authorities and elected mayors across England who already have a range of devolved powers over skills, adult education budgets and apprenticeships (in the case of Greater Manchester including the NHS and social care)? Has Whitehall learned from how other nations in the UK are handling these challenges?

A 21st century UK needs collaboration across places and sectors, not more outdated 20th century Whitehall micromanagement. As many researchers of both higher and further education sectors have observed, bringing together locally elected and  public sector bodies, along with LEPs, higher and further education providers, representatives from business and the third sector, including union learning reps shown to be key persuaders for retraining and re-skilling, is far more likely to get this right, than top down plans  and largesse. Why not test out these new ideas in pilots locally?

The education secretary has linked these changes to his promise of a ‘German style’ approach to technical skills gaps. But Germany’s success is rooted in its federal structure and longstanding regional groupings, working together on economic growth, productivity and skills, including locally based banks.

It will take more than just a new set of qualifications, a marketing campaign and rehashed rhetoric about the employer being in the driving seat to achieve that. If ministers want to turbocharge middle and higher level skills they need to learn that and act on it fast.

Gordon Marsden was shadow minister for higher, further education and skills in the last parliament.