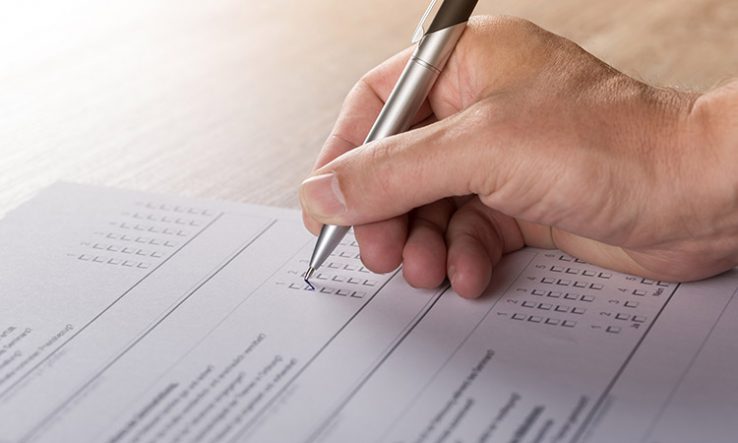 Plans to ditch the NSS are part of an attack on aspiration, argues Emma Hardy

This month has seen another speech on higher education from the education secretary and another attack on the number of university students studying the ‘wrong courses’—this time described as “low quality”. It raises the question: What is a “low-quality” degree and how can we tell?

The Department for Education is talking about removing one of the metrics used—the National Student Survey—without proposing a replacement. There are many contradictions in the approach of this government of ‘libertarians’ to higher education, and this appears to be a large one. Students are consumers in its marketised model, but the government does not seem to believe that their views on the education they receive have value—or should be quantified at all.

Ditching the NSS with no replacement would put greater emphasis on Longitudinal Education Outcomes data, which only tell us how much graduates earn. This appears to fit with this government’s notion of ‘value for money’ and ‘value to the taxpayer’, and this is no doubt how it will be presented. However, what it can’t be said to measure is ‘value to the country’ or even ‘value to the economy’.

Covid-19 has underlined the importance of key workers and there are many graduate jobs, including those of nurses and health workers, that do not carry big salaries. LEO data may be able to tell us which graduates go into the best-paid employment but, because wage levels are geographically influenced, they discriminate against universities in deprived areas that support local economies by training the graduates those economies need.

Worse, the data discriminate against higher education institutions that recruit more students from disadvantaged backgrounds, because a significant determiner of postgraduate income is still students’ socioeconomic background before they attend university. As the main measure for judging universities, LEO data can only embed inequalities—the exact opposite of ‘levelling up’.

Broadly, LEO looks like a game that universities win by taking more graduates from well-off backgrounds and getting them into high-paying jobs in London and the south-east. Train more graduates for health and social care, education or social work, recruit from less privileged backgrounds and send graduates to work in ‘the regions’, and you will end up looking like a loser.

No-one would argue against the idea that all courses should be of high quality, but the notion of ‘value’ being pedalled by this government will not achieve that. Instead, an attack on ‘low value’ looks like a proxy for an attack on the numbers going to university. Indeed, cuts to staff and reductions in courses are explicit in the terms of the Higher Education Restructuring Regime announced to support institutions that find themselves in financial difficulties because of Covid-19.

Universities minister Michelle Donelan told the Commons Education Committee in July that “it doesn’t matter about looking at which groups don’t get to university”. Labour argues that it absolutely does. Not looking at which groups don’t get into university means opportunities lost for disadvantaged young people, as higher education becomes the preserve of a small minority while the aspirations of many are abandoned.

Defining ‘value’ through a reductive and skewed salary measure, and using it to cut courses, removes opportunity for the most disadvantaged in this country and for the communities they live in. Higher education can and must have a role in rejuvenating deprived areas, providing opportunities to those who need them and helping everyone unleash their potential.

The Covid-19 pandemic has seen universities up and down the country pivot to directly supporting and cooperating with their local communities, and cooperation and collaboration have increased between institutions. Universities are demonstrating their community value and their potential as civic institutions that can drive positive economic and social change.

It is bitterly ironic that a government preparing for a concerted effort to paint universities as the preserve of a narrow elite will be pursuing policies to make them exactly that. An attempt to reduce the number of young people going to university is an attack on aspiration, and the most disadvantaged students will lose out the most. By saying that we do not need to worry about which groups don’t get to university, the universities minister shows that the government knows this but wants to hide from the reality of its policies.

While the government says that it wants to see more people choose further and technical education, its own choices have made this impossible. A decade of relentless cuts to colleges across the country has left further education in a financial crisis, with many providers struggling to stay viable, while those that can are trying to deliver a world-class education with constantly shrinking resources.

Instead of taking responsibility for its own incompetence, the government has tried to blame the crisis in further education on the success of our universities. Universities should not allow this to continue unchecked and must continue to clearly demonstrate their worth as core institutions in their community.

It is a blatant contradiction for a government of self-styled populists to dictate what individuals should be able to do with their own education. Young people should not have choices forced on them by an incompetent government; they should be able to make informed choices themselves, with integrated careers advice and properly resourced further education.

Labour remains fully committed to universal access to education for the improvement of the lives of individuals, of their communities and of their country. There should be no barriers to young people’s aspirations and opportunities—no matter where they are or the circumstances of their upbringing.