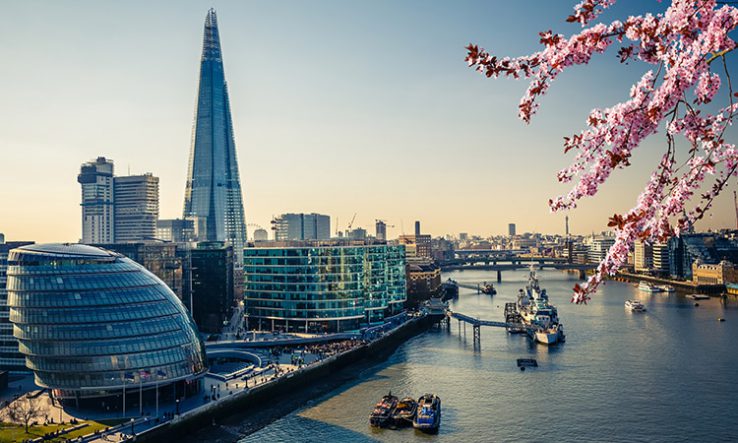 In two days’ time, Londoners will go to the polls to elect a new mayor. Despite being a major figurehead, instrumental in promoting London and looking after the capital’s interests on the national and international stage, the mayor has limited power to effect substantial policy change. When London’s future hangs in the balance as it does now, this matters.

Before the pandemic, London was a powerhouse of the UK economy. But the past year has stopped its successes in their tracks and the capital’s economy has been hit harder than many other parts of England. The scale of the recovery that lies ahead is enormous.

To stand any chance of getting London back on its feet quickly, the next mayor will need help. The winning candidate will have to look for ways to harness the transformative power that is already in abundance across the city’s leading public and private sector institutions.

Aware of the mayor’s predicament, many of these organisations have already come together under the so-called “anchor institutions” charter to pledge their willingness to play a part in leading the capital’s social and economic reconstruction, and act as “go-to” partners for London’s next mayoral team.

Although this is a laudable first step in paving the way for pan-London collaboration, when it comes to higher education, the charter fails to recognise the full diversity of universities and higher education colleges across the capital—each of which can help the mayor effect targeted change where it matters.

Moreover, London’s higher educational institutions are much more than “anchors” that covertly underpin their communities and fail to move with the changing tides. Rather, they are lifebuoys for their localities—always visible to those around them, and ready to help keep their capital and its people afloat in times of crisis.

As a city with one of the largest and most diverse higher education sectors in the world, London is blessed to have higher education “lifebuoys” on every corner. According to London Higher’s list of mayoral priorities, universities in parts of London that have been severely affected by the pandemic are well-placed to support their local communities. Brunel University London is a case in point, providing vital opportunities for the individuals and families in the badly hit economies around Heathrow.

On the other side of the city, the University of East London similarly provides a lifeline for a borough that is not only grappling with some of the highest poverty rates in the UK, but also the highest mortality rate from the first wave of the pandemic.

London’s higher education institutions that are closely linked to industry are also perfectly equipped to revive sectors like the once-vibrant West End. Providers such as Rose Bruford College or Trinity Laban Conservatoire are already brimming with the talent and creativity needed to get the capital’s cultural heart beating again. They are also prime candidates to work with London’s commercial partners to help revive the city’s empty office blocks and bring people back to abandoned retail spaces.

While London’s higher education institutions can absolutely be relied upon to drive the post-Covid skills agenda—filling shortage occupations and providing individuals with a much-needed sense of purpose and progression—the next mayor of London needs to realise that they are much more than simple seats of learning.

With research strengths across the disciplines, London’s universities represent a vast repository of knowledge and expertise for the city’s policymakers and are a source of highly talented personnel, who can be relied upon to advance the mayor’s nine priority missions, ranging from tackling climate change to promoting good mental health and wellbeing.

They are also hotbeds of connectivity, with strong links to public services and businesses in their local areas, and form vital parts of wider networks, both nationally and around the globe. Involving a range of university partners in the priority missions, and more, is a sure-fire way to help the next mayor increase effectiveness and reach.

Yet, for London’s higher education sector to drive the capital’s recovery to its full potential, it needs protecting as a vital asset, too. That is why the next mayor of London must equally make it a priority to look out for the sector’s interests, advocating for London’s universities internationally while defending their funding domestically.

To be relied upon for multiple rescue missions, even the most reliable lifebuoys need conserving. Whoever wins the race for City Hall later this week would therefore do well to forge strong working relationships with the wide range of higher education institutions across the capital—and, for the sake of the capital’s recovery, to protect them over the mayoral term ahead.