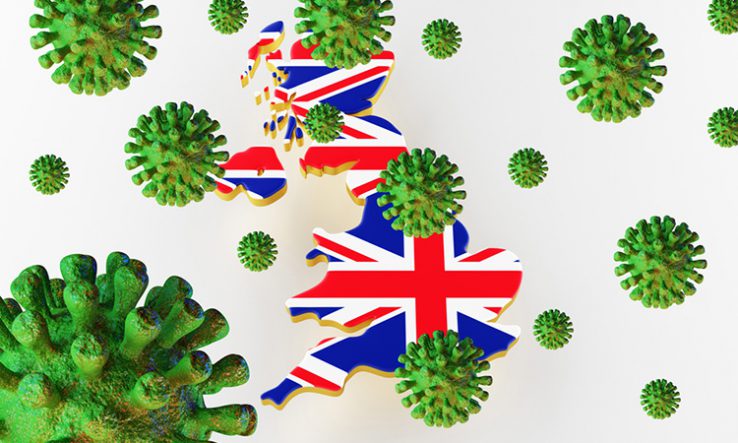 Nearly all Scottish and Welsh universities face “significant” financial challenges in the next few years as a widely expected fall in student recruitment will prompt losses of hundreds of millions of pounds, according to financial forecasts, which have called this potential loss of income ‘a serious threat’ to higher education.

In a briefing published on 15 May, Wales Fiscal Analysis—a research group hosted by Cardiff University— warned that income among universities in Wales could drop between £60 million and £140 million next year as domestic and international students stay home as a result of the coronavirus pandemic.

It found that the “relatively weaker financial position of Welsh universities before the crisis raises concerns that they may be less able to adapt and respond to the fallout from the pandemic than their counterparts in other UK countries”.

A heavier reliance on tuition fee income, accounting for 54.7 per cent of Welsh universities’ turnover compared to 50.2 per cent across the UK, means the effect of recruiting fewer students in September, “is likely to pose the biggest challenge to university finances” and “will likely be felt for years” among Welsh institutions.

But in a “more serious” although “not unimaginable” scenario, a 20 per cent fall in home student recruitment and a 75 per cent reduction in international students would lead to a loss of £140 million, leaving all but one Welsh university—Cardiff Metropolitan University—facing serious challenges.

However, the estimates did not take falling income from conferencing, catering and accommodation into account, and Wales Fiscal Analysis did not consider the impact of universities potentially charging lower fees for online provision. “In the absence of further assistance from government, a reduction in income of this magnitude would pose a serious threat to the financial position of most Welsh universities,” it wrote.

Swansea University said it was “still working out what the financial position will be in the coming years” and it would be “looking at a range of options as to how savings might be made”.

Vice-chancellors’ body Universities Wales said the report highlighted the “substantial financial risks facing universities in Wales as a result of the Covid-19 crisis”, adding that the Welsh and UK governments “must take urgent action to provide support to ensure universities are able to weather these very serious challenges, and to protect students, maintain research, and retain our capacity to drive the recovery of the economy and communities”.

The Welsh government has already offered a package of support for universities in Wales, while the UK government has offered English universities a student numbers cap for next year, £2.6 billion of advanced tuition fee payments and £100 million of fast-tracked quality-related research funding.

In Scotland, a similar analysis from the Scottish Funding Council warned that Scottish universities could face losses of around £72 million due to the coronavirus. In the analysis, dated 29 April, the SCF said that under its “optimistic” scenario, where international student recruitment drops by 50 per cent, Scottish universities would collectively report a £383.5 million operating deficit in the 2020-21 academic year.

Under its more “pessimistic” scenario, where international student recruitment flatlines, universities could be left with a £651 million operating deficit next year. All 18 Scottish universities will go into financial deficit in the next academic year, the SFC said, warning that the effects of the coronavirus pandemic will have “cumulative, multi-year impacts” beyond 2020-21.

“Even allowing for some new and returning international students, and further mitigating actions by institutions, we might still expect a significant deficit of at least £450-500 million,” it wrote.

The University of Edinburgh has already claimed it could face losses of up to £150 million next year due to falling student recruitment.