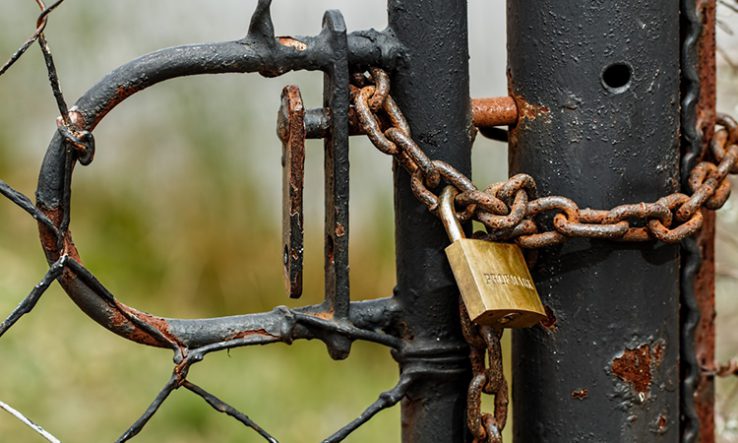 With borders and universities closing to stop the spread of Covid-19, some young African scientists have been left stranded with nowhere to go.

In South Africa, which is going into strict ‘lockdown’ on Friday, University of Cape Town students were instructed to leave their residences—including some students who had previously been told they could stay on.

These included postgraduate students from other African countries, to which there are no longer any commercial flights. On Tuesday afternoon they were scrambling for new lodgings to see out the 21-day shutdown.

UCT said it would provide travel assistance for students unable to finance their departure, and that it would “engage with foreign embassies to ensure that international students can return safely to their countries as soon as possible”.

The announcement caused distress for students and their supervisors. Nicki Tiffin, a bioinformatician who supervises two PhD students from other African countries, said that when UCT residences were initially ordered to be closed on 15 March she sought, and obtained, an exemption for her students who were staying in self-catering accommodation to stay on.

“I was worried that being forced out into last-minute and temporary accommodation might increase their infection risk if they had to stay on friends’ couches or floors in already-crowded accommodation,” Tiffin says. One student told her that she would be the sixth occupant of her friend’s accommodation if she had to leave the residence.

On 24 March UCT overturned the exemption, giving students a day to clear out. This put them at risk of “getting caught in limbo at the start of lockdown without any time to prepare for self-isolation or secure themselves”, Tiffin says. On Wednesday, with hours to go until the eviction deadline, Tiffin says she was able to secure permission for her students to stay in the residence for the duration of the lockdown.

“I have always supported the request for all students who could to return home, and believe it was the right public and student health decision,” she says. But the lack of early preparation and notice given foreign students “has created extreme additional uncertainty and anxiety for this student sector who are already far from home without support networks and safety nets,” she added.

In a broadcast posted on social media on 25 March, UCT vice-chancellor Mamokgethi Phakeng said that the reason students had been asked to evacuate when they initially had been told they could say was that there would be workers to service the residences. “We wanted to protect our workers and also contain the spread of the virus,” she said.

Other UCT academics confirmed they had quickly had to help their foreign students find alternative accommodation. Staff at other South African universities that have also shut residences with short notice reported the same challenges.

And in Tanzania, non-national postgraduate students of the Cote d’Ivoire-based Afrique-One ASPIRE programme, which studies human and animal health, are also struggling.

On 18 March the country’s prime minister ordered universities to close. However, the Nelson Mandela African Institute of Science and Technology in Arusha received an exception for research and administration as it caters only for postgraduates.

At the time, all classes and seminars were cancelled, but staff and students were allowed to stay on campus and do writing and research, says Katharina Kreppel, a German Afrique-One ASPIRE postdoc fellow based at NM-AIST.

However, on 23 March the university announced that since some foreign students from countries with Covid-19 confirmed cases had reported back to campus, and many of the Tanzanian students travelled within the country, all student residences would be vacated for a month from 25 March to enforce social distancing.

“This press release caused a backlash from supervisors and their students who have nowhere to go,” says Kreppel. She says students and supervisors had been told to submit letters explaining why they needed to stay, and that decisions would be made on a case-by-case basis.

For example, says Kreppel, a Ghanaian PhD student who lives on campus and just returned from fieldwork had been asked to leave even though Ghana has closed its borders: “We wrote a letter explaining the situation as advised and are now still waiting for feedback.”

Kreppel is staying in Tanzania. She does not live on campus, and has registered at the German embassy for any organised repatriation flights should she and her family change their mind and want to leave. However, she points out, this is not an option for many linked to the programme.