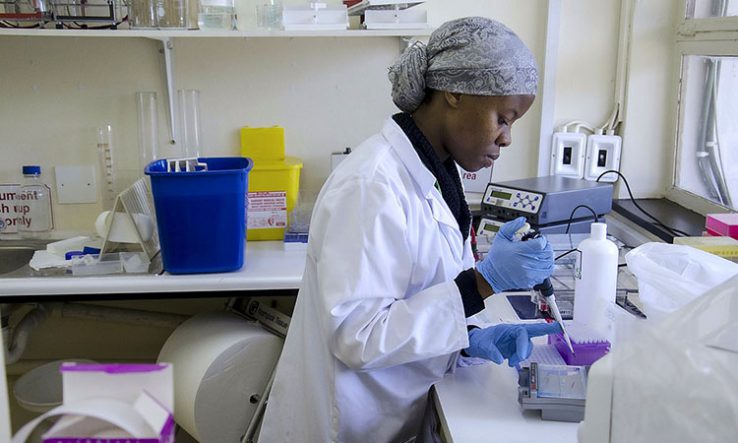 By proving themselves in coronavirus response, scientists could gird themselves for economic storms to come

The coronavirus pandemic is threatening economies around the globe. But the research-based advice and services many top African scientists are giving their governments could help them argue for funding in a post-crisis financial downturn.

"There is quite a bit of optimism in the scientific community at the moment," says Moses Alobo, a programme manager at the African Academy of Sciences, a grant management and science advocacy organisation based in Nairobi, Kenya.

"Policymakers are listening now, compared to previously," he says. Many AAS fellows, who are senior scientists, are involved in shaping their countries’ coronavirus response plans. And when scientists work with governments to, for example, manufacture ventilators locally, it "plants a seed" for future partnerships, he says. "We think and believe that the recommendation that 2 per cent of GDP be spent on R&D will probably be taken a little bit more seriously now."

Ernest Aryeetey, secretary-general of the African Research Universities Alliance, is of the same mind. Most of the association’s 16 member universities from nine African countries are formally or informally providing decision-makers in their countries with advice on how to navigate the ravages of the virus. “We’ve seen around the world universities respond positively to the pandemic. In Africa, it’s not very different," he says.

Aryeetey says the pandemic has already shown politicians that money spent on research is not wasted. But he says universities will need this goodwill in order to weather the tough financial times to come. He expects governments all over the world will need to make deep spending cuts as they fight the pandemic. “African governments don’t put much [money] anyway [in research], but I worry that it’s not going to get better,” he says.

To stave off a cash crunch, ARUA is talking to its partners in Europe and North America about ensuring research cuts in those regions don’t have a serious impact on African scientists: “We are working hard to ensure that even if cuts are made we get something that can sustain the research environment until the situation gets better.”

For the moment, he says, the focus in Africa is on medical research—a discipline that is a comparatively easy sell to African governments. But as the pandemic progresses it will require input from other disciplines, like economics and social science.

“In the short term we need health, but in the medium and long term the other challenges will worsen,” he says. “There will be unemployment, and social protection may not work as effectively as it used to. Governments [will] have no choice but to understand that good research always pays off.”

Alobo says that the funders that the AAS works with have been "very supportive" when it comes to helping the organisation support its scientists. Next week, the AAS expects to launch a call for proposals for African research on coronavirus priorities determined by the continent’s own researchers.

In a way, he says, Africa has been lucky in the way that the pandemic has travelled across the world, giving African countries time to prepare. "We have an opportunity as Africans to put ourselves ahead of the epidemic."