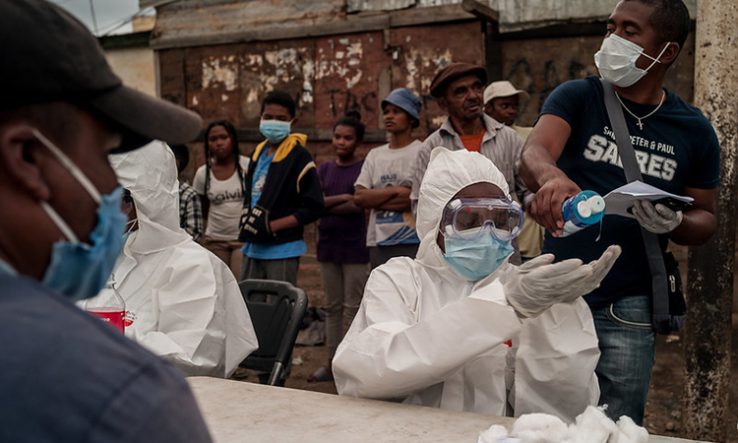 A study published this week has turned the accepted idea about the epidemic preparedness of developing countries on its head.

The study, published in Nature Medicine on 3 September, used data from Africa’s first Covid-19 waves to identify predictors of the severity of Covid-19 across the continent.

What it found did not agree with pre-pandemic expectations of vulnerability: “Countries that were assumed to be better prepared and better equipped to respond to the pandemic were also the most vulnerable to it,” it says.

Of the 44 countries studied, South Africa had the highest mortality rate during both the first and second waves. Other countries with higher mortality rates than the African average included Cape Verde, Eswatini and Botswana.

The study authors, who include members of the University of Edinburgh’s Tackling Infections to Benefit Africa group and the World Health Organization’s African arm, say predictors of high mortality included having large urban populations, many borders and international airports, and a relatively high GDP.

The authors admit that a lack of data, and undercounting of Covid-19 deaths, is likely to have occurred in Africa, as elsewhere. However, they included country-specific estimates of up to 75 per cent under-reporting of Covid-19 deaths in their analysis, and they found their main study results did not change.

The authors argue that their findings should be used for future pandemic preparedness planning across Africa. The findings are not limited to Africa, however, but apply to the world more generally, said Mark Woolhouse, TIBA director, who co-led the study.

“That seemingly well-prepared, resilient countries have fared worst during the pandemic is not only true in Africa; the result is consistent with a global trend that more developed countries have often been particularly hard hit by Covid-19,” he said in a 15 September statement.

Matshidiso Moeti, WHO’s regional director for Africa and one of the study’s authors, said the results illustrate the importance of taking context into account when modelling the spread of diseases in the region.

“The early models which predicted how Covid-19 would lead to a massive number of cases in Africa were largely the work of institutions not from our continent. This collaboration between researchers in Africa and Europe underlines the importance of anchoring analysis on Africa’s epidemics firmly here," she said in a statement.