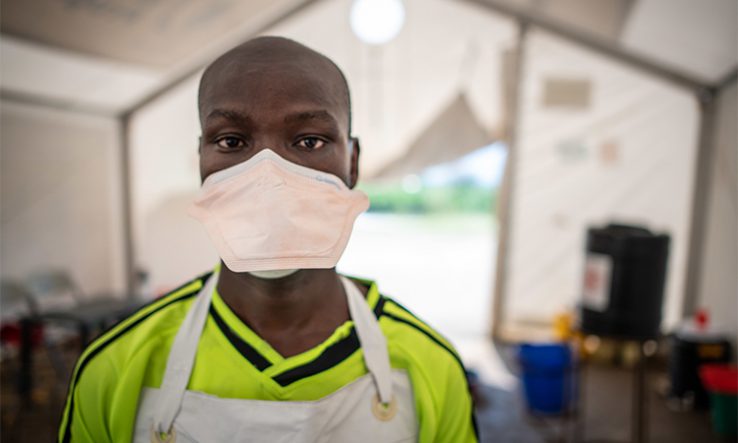 Region to step up disease surveillance, information sharing and training

At an emergency meeting on 12 October they agreed to step up disease surveillance, contract tracing and monitoring. They also vowed to share information and train emergency responders together.

Uganda has confirmed 54 cases of Ebola, with 19 deaths. However, more people are thought to have sickened and died before confirmation of the first diagnosis on 19 September. “We think it began in August,” said Henry Bosa from Uganda’s health ministry.

Bosa also noted concern that the epicentre lies on an important trade and migration route from Uganda’s main city, Kampala—meaning there is a high risk of the outbreak spreading.

The meeting heard calls for Africa to invest more in health R&D. Uganda health minister Jane Aceng said her country had made significant advances since Ebola last gripped the country a decade ago.

She said a mobile laboratory had been deployed at the outbreak’s epicentre in Mubende district, and this had reduced turnaround time for diagnostic testing from 48 hours to 4-6 hours.

But, she added: “Despite these gains, mainy challenges remain, especially in our local capacity for producing diagnostics, therapeutics and innovative solutions. As African governments we need to bolster investment in R&D, innovation and manufacturing.”

She invited partners to join African governments in these investments, provided it is done “with transparency”.

The Ugandan outbreak is caused by the so-called Sudan type of Ebola, for which there are no approved vaccines.

“It’s absolutely critical to integrate research in outbreak response. We must learn from it so we can prevent and respond to future outbreaks more quickly,” he said.