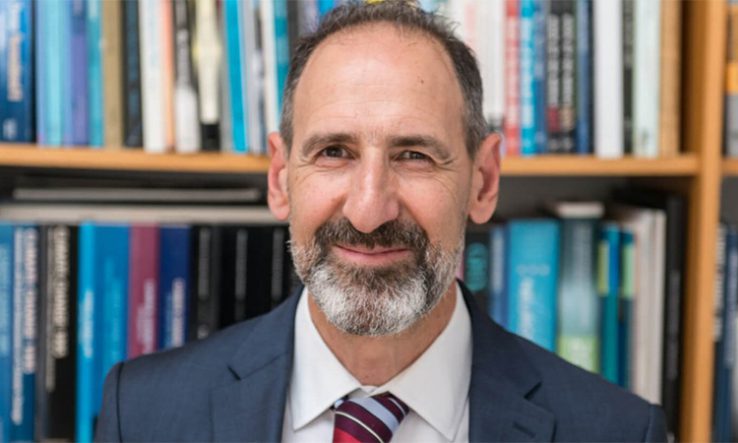 The incoming head of the International Science Council says there is a growing appetite for a body like his: one that can do work that other international groups cannot.

It is only four years since the ISC was formed by merging two decades-old global academic bodies—one for natural sciences, the other for social science—into a global NGO that brings together more than 200 organisations.

In that time, the need for a global voice for science—which the Paris-based ISC wants to be—has become more pressing, according to incoming chief executive Salvatore Aricò.

Global crises such as the Covid-19 pandemic and climate change require truly international science, he told Research Professional News on the first day of the World Science Forum in Cape Town, South Africa, held from 6-9 December.

But he believes it has become clear that intergovernmental bodies such as the World Health Organization or United Nations bodies are not ideally placed to foster the sort of scientific partnerships required.

Politics gets in the way of scientific links, says Aricò—and that is where the ISC can come in. “UN organisations face restrictions not out of censorship but rather out of mandate,” he says. “It is no value judgement, simply a difference in the mandates and roles of a UN versus a non-governmental organisation.”

He notes that science has become vital to tackling global challenges like climate change and pandemics. “You can look at these crises as opportunities to take a stand and say things that need to be said, and promote yourself as a broker. I think we—the ISC—are not afraid to go there. We can play that role, the brokerage role, that is very much needed.”

Aricò, who steps into his new role at the ISC in January next year, knows what he’s talking about. The Italian oceanographer worked in the UN system for over two decades, operating at the science-policy interface related to oceans, biodiversity and climate change while also staying active as a researcher.

Academic science has a tendency to isolate itself from society, while intergovernmental science can get bogged down in political considerations, he notes.

The ISC hopes to avoid both these the pitfalls.

Two weeks ago, it signed a memorandum of understanding with the WHO to conduct a joint study on youth mental health.

“Now, you might ask why the WHO, which already has a division working on mental health, which published a report on mental health not long ago, would partner with us on this? It’s precisely because the ISC is in a position to speak more freely about the drivers of mental health problems, like inequality,” he says.

The need for what he calls science brokerage is not new, says Aricò, but it has become more apparent in the face of mounting global challenges where science has to play a role.

“The ISC is entering this new phase with a level of self-confidence, not arrogance, but at least a consciousness that we aren’t a club of academies or scientists. It’s very much about science and society as well,” he says.

Aricò is also mindful that the ISC has work to do if it is to represent a truly global science voice. Historically, its constituent bodies were heavily Western-focused, in membership and outlook.

This is why the organisation is staging what it calls ‘global knowledge dialogues’ in regions of the world that are traditionally underrepresented in global science discussions—like Africa. It is also planning to increase its representation in different parts of the world, possibly via regional offices or other offshoots.

All this will require resources.

“As incoming CEO, one of my responsibilities will be to raise the necessary resources, both human and financial,” says Aricò.

The council’s funding comes partly from contributions from its members, of which there are more than 220, including scientific unions, associations, as well as national and regional academies and research councils. The ISC is also looking to “unconventional” partners for support, Aricò says. The organisation is setting up a trust in the United Kingdom that will accept philanthropic donations which it hopes will be up and running by the end of the year.

There’s a “real demand” from philanthropic foundations for a matchmaker to connect them with the science they need to fund in order to achieve their objectives, says Aricò. And it’s important that these actors are brought into the fold of science priority-setting if research is to tackle global problems.

The ultimate goal, he says, is to nurture interdisciplinarity and co-design between researchers and wider society in research to ensure science responds to societal challenges, and that it delivers results.

“If we’re talking about transdisciplinary and co-designing the research agenda, then you have to bring on board unconventional stakeholders,” he says.

In another four years, the world may have changed again but Aricò is betting the ISC will be playing an even bigger role.