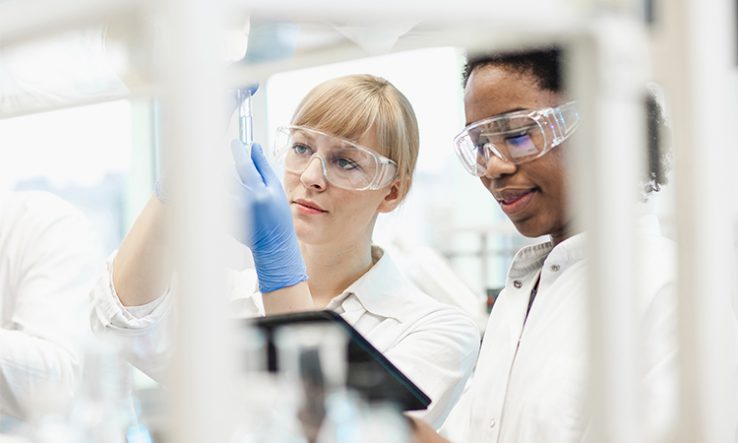 The European Union has launched the first calls for proposals for its multi-billion-euro Horizon Europe research funding programme, including specific grants for Africa-Europe collaboration.

Horizon Europe, which runs from this year until 2027, will spend €95.5bn (US$115bn) on research and innovation with a focus on solving global challenges.

Part of the programme is a €350 million initiative targeting Africa-Europe research collaborations. The Africa Initiative is a brainchild of the first-ever Africa-Europe science ministerial that took place in July 2020. It will focus on four thematic areas: public health, transition to green energy, innovation and technology, and capacities for science.

Several calls for proposals will be published under the Africa Initiative.

“We don’t call it the Africa call, but we could call it that,” said Nienke Buisman, head of the international cooperation unit in the European Commission’s Directorate-General for Research and Innovation, during a digital Africa-Europe science and innovation meeting this week.

“It’s a number of calls bringing together cooperation between European and African researchers,” she said, adding that the calls will be announced throughout the run of Horizon Europe.

One of the first calls to appear on the Horizon Europe funding portal, which was updated on 16 June with calls from the programme’s first work programme covering 2021 and 2022, targets road safety in low- and medium-income countries in Africa. The €8m call will open on 24 June with a 19 October deadline.

Another call, worth €40m, will target innovative approaches to enhance poverty-related disease research in sub-Saharan Africa. That call will go live on 22 June with a deadline of 21 September.

There’s a call to strengthen bilateral cooperation on research infrastructures with Africa, focusing on climate change monitoring. That call will also be launched in June, with a September deadline and a €1.5m budget.

A number of other calls will target EU-Africa collaboration on combating malnutrition, investigating the water-energy-food nexus, and modelling energy systems.

Buisman said several information days will take place over the next few weeks and months to promote the initiatives to researchers. There will be a workshop on the Africa Initiative in Horizon Europe as part of the EU’s Research and Innovation days on 23 and 24 June, she added.