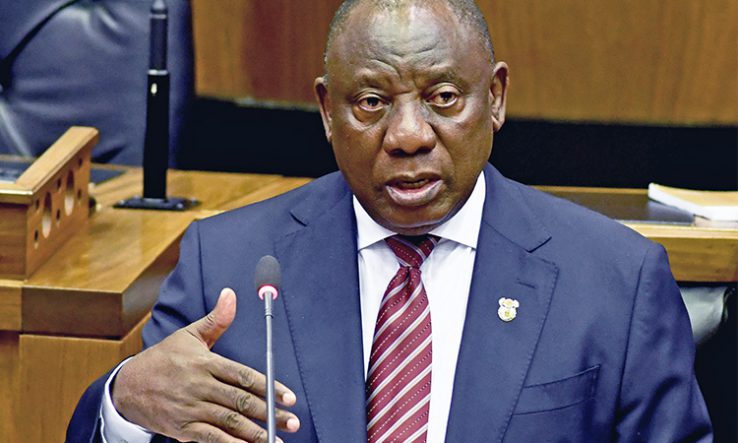 South Africa’s president Cyril Ramaphosa made no mention of either science or research when he briefed a joint sitting of parliament on the country’s plans to rebuild after Covid-19.

While many leaders have put support for science at the centre of their recovery rhetoric, the president’s emphasis was on entry-level job creation.

In his 15 October speech Ramaphosa promised to create more than 800,000 jobs in the months ahead to help the more than two million South Africans who lost their jobs in the second quarter of this year.

Research was not completely neglected, though.

Documents detailing the full plan—published alongside Ramaphosa’s speech—outlines a role for science, technology and innovation in the country’s economic rebuilding.

A 38-page plan states that science, technology and innovation has a “key role to play in supporting economic reconstruction and recovery, as well as in improving service delivery”.

It says that the response to Covid-19 has been underpinned by previous investment in research, development and innovation. This long-term investment “will be leveraged” as part of the recovery plan in three areas: to revitalise and modernise industry, to create new sources of growth and industrial development, and to support “a capable and developmental state”.

This will be done through “supporting sector master plans” including agriculture, mining, minerals and manufacturing.

In agriculture, the focus will be on crop improvement, technology uptake, and animal vaccines. In minerals and mining, the focus is on platinum and fuel-cell technology. And in manufacturing, investments will be made in next-generation 3D printing, satellite building, and technology support to improve value chains.

The country’s Department of Science and Innovation is also implicated in a handful of the actions proposed by an implementation plan published alongside the recovery plan itself. The DSI will be part of efforts to intensify agricultural research and to implement strategies to reduce emissions from agricultural value chains as a way to mitigate climate change.

The department will also take part in—but not lead—interventions to create jobs by diverting waste from landfill to recycling industries and promote local production of ash, gypsum, slag and biomass for export.

Research Professional News will publish a fuller analysis of the recovery plan next week.