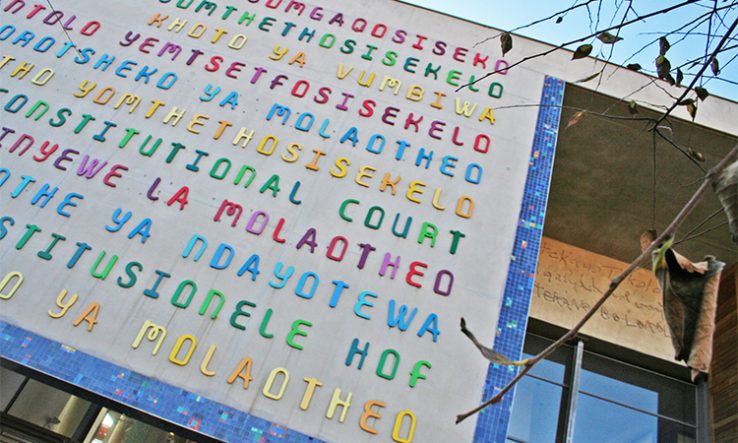 Words can be ‘exclusionary’ and ‘cold’, say South African researchers

The language of science matters, and is crucial both for decolonisation and getting communities on board with research, South African researchers have said.

“As long as the language of science in South Africa remains English, you exclude the large majority of Black people who would understand what we are talking about [in an indigenous language],” said Lwazi Lushaba, a political scientist at the University of Cape Town.

Lushaba made the remarks during a UCT webinar on decolonisation and decoloniality on 22 September. Lushaba’s view was a common theme among young Black researchers as well.

Robyn Humphries, a PhD candidate in archaeology at UCT’s Human Evolution Research Institute, said the country’s nine official languages other than English and Afrikaans are marginalised in science. Humphries and other young researchers spoke about the language of science and decolonisation at a HERI webinar on 21 September.

Scientific language can be “very cold and withdrawn from the humanity of it all”, said Nomawethu Hlazo, a HERI PhD candidate, during the 21 September meeting. She said scientists should avoid heavy jargon in order to make their work accessible to the public: “In my field how we write is very exclusionary to other people.”

Hlazo urged Black and women researchers, particularly young ones, to challenge older researchers who use problematic words and old offensive language. She admitted that it is hard to translate science into indigenous languages, mentioning her language, isiXhosa, as an example.

Issues of language and coloniality also extend to publication. Shose Kessi, UCT’s dean of humanities, said South African scholars are awarded for international publication, which tends to be in European and North American journals.

Humphries acknowledged that derogatory terms still pop up in research and are often heard at conferences. She warned that scientific language is not neutral and can contain questionable and difficult terms: “As scientists we participate in constructing narratives. We have to be thoughtful about that.”

Ryan Daniels, a genomics researcher at the University of the Western Cape, said scientists should have a louder voice outside the lab, and cultivate an “outward-facing persona” to interact with communities.

Speaking at the 21 September meeting, Daniels argued that accelerating transformation will filter down to scientific language. “Once we have the representation in science we are better placed to discuss the narrative,” he said.