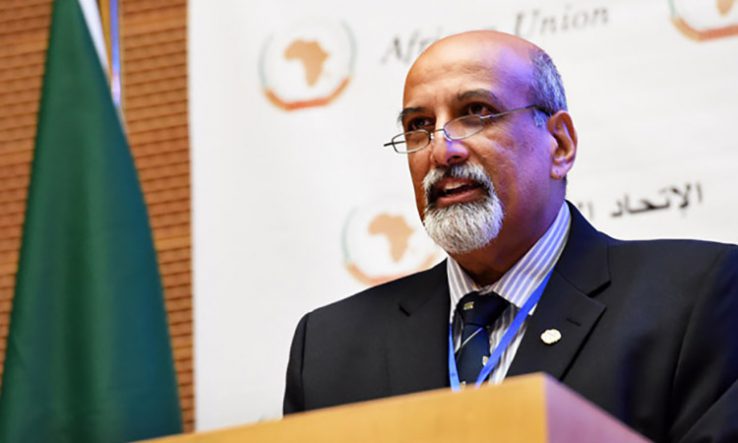 Salim Abdool Karim, the former head of the science committee advising South Africa’s government on Covid-19, has said the country missed a trick in not developing its own vaccine candidate for Covid-19.

Addressing a webinar on 12 October hosted by the National Research Foundation, Abdool Karim said local vaccine development was one of a “long list” of actions South Africa could have done differently in its pandemic response.

"We should have taken a stronger position to make a vaccine. We have previously made vaccines and we have the technology to do that,” he said.

He said the authorities should prevent health care professionals from distributing misinformation, and that South Africa needs to scale up its vaccine coverage faster and continually change its approach to increase vaccination numbers.

"The world is being held hostage by the whims and driving forces of the big pharmaceutical companies that made the vaccines," Abdool Karim told the webinar, which reflected on the pandemic so far.

He criticised the "glut of vaccines” stockpiled in rich nations like the United States and Canada and said vaccine nationalism was one of the biggest mistakes in the global response to the pandemic: "We underestimated how wealthy countries were going to behave in a way that would deliberately ensure that poor countries didn’t get vaccine doses."

Covax, the global mechanism created to furnish poor countries with vaccines, is being pushed to the “back of the queue”, Abdool Karim said. Vaccine hoarding by countries like Israel, which plan to use the doses for booster shots, is leading to Covax targets being missed, with Africa ending the year nearly 500 million doses short of its ambitions.

Globally, Abdool Karim said, it is crucial that immunocompromised people are given vaccination priority, as this group could drive the emergence of new virus variants.

Abdool Karim said variants have changed the “Covid-19 endgame”, with herd immunity no longer a possibility. Each new variant places increased pressure on vaccination immunity through breakthrough infections, he said.

"If I was a betting man I would probably bet that this virus is not done with us. It probably has a few more variants up its sleeve," he warned.