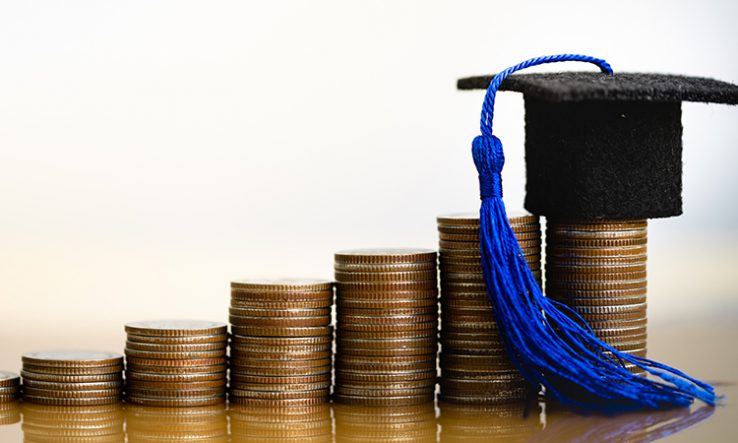 Tuition fees at the University of Cape Town have risen meteorically since the 2000s, as strained government coffers and a recession bit into the university’s finances, an analysis has found.

The increase coincided with rising tensions among South African students culminating in the Fees Must Fall protests that shut many of the country’s campuses in 2015.

The analysis, by three UCT economists published in the South African Journal of Higher Education on 31 October, charts UCT fees from 1923 to 2020.

“Since 1980, studying at UCT has become substantially less affordable for the average South African. Our analysis suggests that [fees] frustration had a very long run-up,” the authors of the paper write.

Overall, at constant prices, UCT fees have increased by nearly 400 per cent from 1923 until the present day.

The authors also estimate the affordability of degrees by comparing fees with average incomes.

The three authors partly blame dwindling government support for the hike in fees—changes that impacted not just UCT but the South African higher education system as a whole.

Government funding for higher education “increased consistently and accelerated sharply in the post-democratic transition period (1994 to 1998)”, they write. But between 2002 and 2006 there was a decrease in government funding for universities while student enrolment soared.

Although there has since been a recovery in support, with tertiary education funding reaching its 2002 level again in 2020, this does not mean that universities have more money, the authors argue.

“The non-traditional tertiary institutions have become relatively more important (in terms of student numbers) and have received an increasingly greater share of government funding,” they write.

Rhodes and Fees Must Fall

For the past half-decade at least, South Africa has seen recurring protests against the meteoric rise in tuition fees. The protests are not limited to UCT, but have spread to most of the country’s campuses.

In 2015 student protests at the UCT led to the removal of a statue of Cecil John Rhodes. By the end of that year discontent—initially concentrated at UCT and the University of the Witwatersrand—had morphed into the Fees Must Fall movement against rising tuition costs.

In 2016 the then president Jacob Zuma declared that there would be no increase in fees. Subsequent protests have been sporadic but often destructive as at the University of KwaZulu-Natal in 2020.

The government has since dramatically ramped up free tuition for poor students. The problem of the “missing middle”, students who don’t qualify for grants but can’t afford the fees, remains largely unresolved.