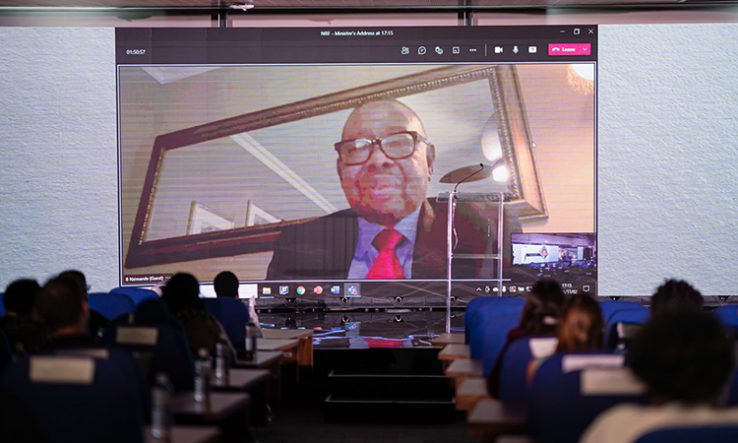 Innovation and research could be streamlined under single body

South Africa’s embattled science and innovation system could be heading for a shake-up after the science minister announced that his ministry is pondering a recommendation to create a National Foundation for Research and Innovation to streamline policies.

The NFRI is a proposal from a ministerial task team chaired by former University of Johannesburg vice-chancellor Ihron Rensburg. It would bring under one umbrella a range of science entities ranging from those performing basic research, such as the National Research Foundation (NRF), to those dealing with commercialisation, like the Technology Innovation Agency.

The task team suggests that the NFRI should be created slowly to avoid disruption, and be up and running by 2030.

Addressing the NRF’s annual awards ceremony on 2 November, higher education, science and innovation minister Blade Nzimande said his ministry was "studying carefully" the task team’s report submitted to it "recently" and that the report would be published for public comment “soon”.

"The report makes some radical recommendations on recreating and expanding the capacity of our [science, technology and innovation] capabilities including the idea of a new research and innovation foundation," he told the ceremony. "I urge you to engage with it."

‘More must be done’

The idea of consolidating science support agencies ranging from basic research to innovation under a single entity is in line with South Africa’s recent moves to get science to serve the economy and society. This trend was evident in South Africa’s White Paper on science, technology and innovation published in 2019, and also in recent staffing changes at research funding bodies like the NRF.

While thanking the NRF for its leadership and “excellent work” in promoting science Nzimande said: “It is clear to all of us that more must be done.”

He said the 2019 merger of the former Department of Science and Technology and the Department of Higher Education and Training under a single ministry had helped streamline government efforts to “reduce wastage, optimise efficiency and exploit more opportunities more vigorously”.

But these efforts still need to be “drilled down at the level of institutions and sectors within the national system of innovation and the post-school education and training system,” the minister added. The NFRI could be part of that effort, he hinted.

Nzimande’s comments come as South Africa’s science system battles many drains on its resources, including a depressed national economy and competing priorities such as the crumbling electricity and water network and the Covid-19 pandemic.

John Mugabe, professor of science and innovation policy at the University of Pretoria, told Research Professional News that South Africa needs to consolidate its research and innovation funding arms to direct funding towards national challenges.

“The NRF and [Technology Innovation Agency, TIA] are founded on the linear R&D model; and these agencies do not coordinate in order to target joint challenges,” Mugabe wrote in an email.

However, another South African science policy expert, speaking on condition of anonymity, called the idea of establishing the NFRI “misconceived, ill-advised and clutching at straws”.

The source said the DSI should focus on getting current bodies like the dysfunctional TIA to work, rather than “chopping and changing” policy positions.

“We need to confront the realities facing our science system, and create policy and legislative certainty and increased investment, instead of perpetual policy uncertainty and cuts,” the source said.