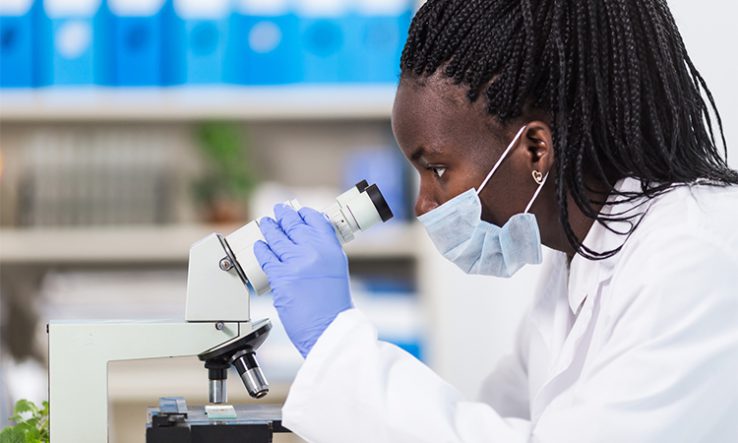 Early career researchers on temporary residence permits in South Africa are appealing for the government to reverse its proposed cuts of many life science jobs from the national list of critical skills.

The list, updated every few years, determines the jobs for which skilled foreigners can obtain fast-track visas to work in the country. Many universities use the critical skills list to hire scientists and postgraduate students in fields where locals have been deemed scarce.

But a proposed revision of the list, published for public comment last month, excludes many science jobs present in the last iteration from 2014. Most of that list’s life science jobs, including biochemist, bioinformatician and ecologist, have been removed.

Universities and their constituent departments have until 31 March to respond to the consultation. And for the past few weeks, foreign early career researchers and students who were hoping to continue their scientific careers in South Africa are appealing to their institutions to take a stand.

“The critical skills [list] is much, much more than an immigration tool,” says Lisa Mertens, a German-born molecular geneticist who is wrapping up a PhD at Stellenbosch University.

Researchers submitting funding applications routinely highlight whether they will be training people in critical skills areas, she says. “Being on the critical skills list was a massive plus for getting funding for my degree and research. If life science gets taken off, what message is that sending to [the National Research Foundation] and other funding bodies?”

If foreigners trained in South Africa with local funds are made to leave the country, it could represent a loss on investment. Mertens estimates the NRF has invested more than half a million Rand in her (US$33,372) in the six years she’s been in the country.

“South Africa needs people like me to give back, especially after so much tax money has been invested in us,” she says.

Researchers at other universities feel the same way. “Foreign scientists are a very important part of the University of Cape Town, especially in biological sciences,” says Jessica van der Wal, a postdoctoral researcher at UCT’s FitzPatrick Institute of African Ornithology.

One of her colleagues at the institute, Chima Nwaogu from Nigeria, has just been appointed junior research fellow, conditional on him receiving a critical skills visa by 1 April. He believes the omission of biology from the critical skills visa list could hit students and researchers from the rest of Africa harder than those from Europe or America.

He also fears removing biology from the list could turn Black South Africans, few of whom enrol in the subject, away from the discipline. "If the new rules apply, studying biology or being a biology academic may remain undesirable for Black students because it may appear to be a ‘white discipline’," he says.

There is a dispensation in the revised list for ‘university lecturer’, which could help universities bring in staff. But this won’t help research students who don’t qualify as staff, something van der Wal points out will affect anyone on ‘soft’ project funding or on a fellowship.

Van der Wal and others in UCT’s biology department have raised concerns about the methodology used to revise the critical skills list. The 132-page report setting out how revisions were made show how some of the analysis draws on the online jobs portal Career Junction to gauge whether vacancies are growing in an area. But van der Wal says it’s rare for scientific jobs to be posted on the site.

She adds that statisticians—another group excluded from the critical skills list—have confirmed that the report’s use of ‘principal component analysis’ to arrive at the aggregate score for skills areas seems flawed. “That statistical method is not right for what they are doing,” she says.

Research Professional News invited the Department of Home Affairs, which maintains the list, to comment on the critiques, but the department did not respond in time for this article’s publication.

The new critical skills list comes against a background of rising ‘locals first’ sentiments in South Africa, with many arguing for more opportunities across all fields of employment to be reserved for locals. The hashtag #Rejectcriticalskillslist has been trending on social media in recent weeks.

Mertens says she understands that there are political sensitivities about hiring foreigners in South Africa. But she says that when it comes to science, there are checks and balances to prevent foreigners taking opportunities from South Africans. “Only a small proportion of NRF funding can go to foreigners,” she says.

Mertens hopes the omission of life sciences in the list will turn out to be a clerical error. International input is an essential part of a thriving academic space, she says. “If you have a lab just full of South Africans, it doesn’t prepare you for the global science world.”