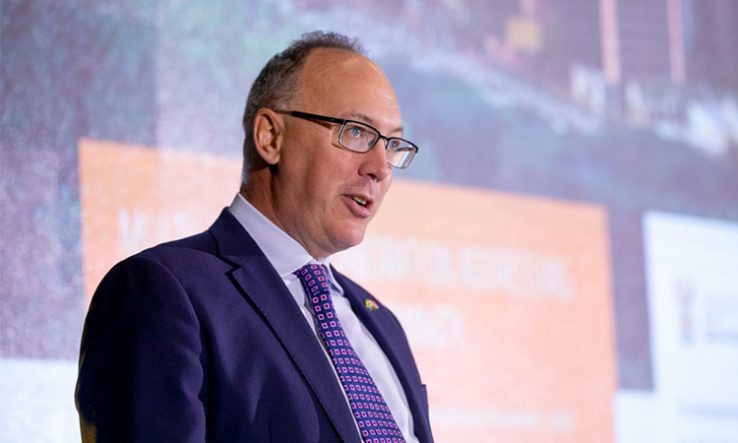 A new African science diplomacy initiative will enjoy the support of China and the United Kingdom, its launch heard last week.

The Department of Science and Innovation and the Council for Scientific and Industrial Research launched the Science Diplomacy Capital for Africa in the City of Tshwane (Pretoria) on 8 July.

“The science diplomacy initiative has the potential to transform Africa into a global leader in science, with the potential to create a new cohort of global companies concerned with human development,” the UK High Commissioner in South Africa, Antony Phillipson, (pictured) told the launch.

Shen Long, minister-counsellor at the Chinese Embassy in South Africa, said his country would contribute to the initiative.

Shen said China has been making strides in fostering scientific relations with South Africa as the current chair of the Brics bloc, which comprises the two countries as well as Brazil, India and Russia.

“These are all new steps taken by China in science diplomacy, especially in promoting science, technology and innovation cooperation between China and South Africa, and China and Africa,” Shen said.

In a statement read on her behalf, Nardos Bekele-Thomas, chief executive officer of Auda-Nepad, an implementation agency of the African Union, described the science diplomacy initiative as “an instrumental initiative to straddle national, regional and global boundaries”.

She added that the AU was committed to partner and collaborate with the new platform.

South African science and higher education minister Blade Nzimande said Tshwane had been selected strategically as the hub of the science diplomacy initiative.

The city is home to over 130 embassies and international organisations, as well as to science councils, universities and a community of private sector entities involved in science and innovation.

“There needed to be a hub for it that aligned with other countries globally undertaking city-led scientific diplomacy,” Nzimande said.

He challenged the initiative and its partners to create cooperation programmes that will deliver real impact, especially for places and people whose prospects had been curtailed by the country’s racist Apartheid regime.

“I would like to set the Science Diplomacy Capital partners an important challenge, and that is to work to ensure that international cooperation partnerships are truly inclusive, with the active participation of historically disadvantaged institutions and individuals,” Nzimande said.