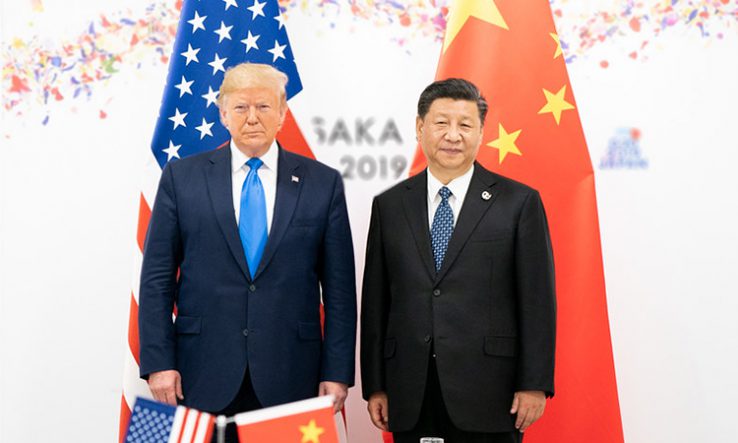 Coronavirus has been used to intensify policies of territorial division, says politics lecturer

The Trump administration is trying to “drive a wedge” between United States allies and China over the Covid-19 pandemic, and Australia must not get caught up in this divisive strategy, a political science academic has warned.

Oliver Villar, a politics lecturer at Charles Sturt University in rural New South Wales, says that US president Donald Trump is using the virus as “a convenient excuse” to attack China as a rising global power.

Villar says that Australia has become “uncomfortably caught between its largest trading partner, China, and its security partner and long-term ally”, the US.

“In other words, the coronavirus crisis has not led to international cooperation and has been used as a pretext to intensify existing rivalries and policies of territorial division,” he writes in an editorial published by the university.

“If it is true that China is partly responsible for the spread of the virus, it is equally true that the US and other governments were aware of the coming pandemic as far back as November 2019, according to intelligence reports.”

Villar says global political rivalries and differing policy reactions to the pandemic have emphasised “fragility of the world economy and the fallacy of international cooperation”.

“The coronavirus represents a colossal market failure; health services run for profit jeopardise the supply of essential products like ventilators and masks, and pro-employer policies do not provide for workers,” he says.

“Just how to make the world economy healthy again will depend on what kind of society we want…Will a return to normality lead to better trade and cooperation? Or will it continue to fuel restlessness, inequality, conflict, right-wing populism and even authoritarianism?”

Villar says that those who have been “hit the hardest” by the Covid-19 lockdown measures in Australia are casual workers.

“The troubled public healthcare system and inadequate social policies reflect the outcome of more than a decade of de-funding, leaving a system that is ill equipped to deal with a social-economic and health shock.”

Villar, who is based at CSU’s Bathurst campus, did his PhD at the University of Western Sydney on the political economy of South America’s global trade in illegal drugs. His book Cocaine, Death Squads and the War on Terror was published in 2011 by Monthly Review Press.