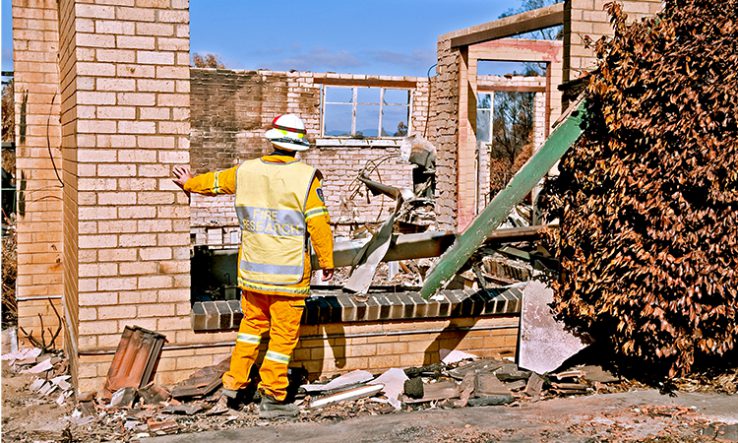 Australia’s national bushfire research centre is to receive $88 million in federal funding to continue its work for a further 10 years.

The CRC was due to be wound up in June 2021 because of a recent change to government policy that restricted CRCs to two rounds of federal funding. The CRC had been funded for two terms and was therefore ineligible to apply for a third.

However, the federal government appears to have made an exception based on the national importance of the centre’s bushfire management research.

The CRC announced the 10-year funding extension on 23 July in a statement on its website. The federal funds will be matched by the CRC’s industry research partners, which include universities in Australia, Canada, New Zealand and the United States.

Katherine Woodthorpe, who was appointed chair of the CRC in 2019, said the funding would “continue the coordinated national research effort of the last 18 years and address the major challenges arising from the 2019-20 bushfire season”.

Woodthorpe also chairs the federal National Climate Science Advisory Committee and was previously chair of the Antarctic Climate and Ecosystems CRC. As a science and innovation funding consultant, she helped the Bushfire CRC—as it was known then—to prepare its successful bid for federal funding in 2002.

The government said the renewed funding would support the CRC’s transition over the next decade to “a new world-class research centre for natural hazard resilience and disaster risk reduction”.

Woodthorpe added: “This new funding will allow Australia to remain at the forefront of natural hazards research. As a country, we must continue to improve how we prepare for, respond to and recover from bushfires, cyclones, floods and storms.”

As part of the extended funding, the CRC will receive a $2m grant to “immediately investigate key issues from the 2019-20 bushfire season”.

Richard Thornton, the CRC’s chief executive, said that Australia had recently experienced one of its most devastating bushfire seasons.

“We know that natural hazards are causing more damage across Australia than ever before, and that research is essential to improving resilience,” he said.

“The difficult questions around the most complex problems must be asked. The best answers take time to develop and time to be adopted by those facing natural hazards as part of their life.”